Dr. Michael Yaffe is vice president of the Middle East North Africa Center at the U.S. Institute of Peace. Before joining USIP in 2017, Dr. Yaffe served in a variety of positions in the U.S. government, most recently as the senior advisor to both the special envoy for Israeli-Palestinian Negotiations and the special envoy for Middle East Peace at the U.S. Department of State. Between 2002 and 2012, he was an academic dean and distinguished professor of strategic studies at the National Defense University in Washington, D.C.

Previously, Dr. Yaffe was a career foreign affairs officer at the State Department concentrating on the Middle East peace negotiations, regional security and nonproliferation, and served on U.S. delegations to the “Madrid” Middle East arms control and regional security talks, the Nuclear Non-Proliferation Treaty, International Atomic Energy Agency and NATO. In the immediate aftermath of the September 11, 2001 attacks on the United States, he served as a coordinator on the counterterrorism task force in support of Operation Enduring Freedom. During 1992 and 1993, Dr. Yaffe assisted Operation Restore Hope by managing a program in Mogadishu in support of U.S. forces in Somalia.

During his twenty-five-year career with the U.S. government, Dr. Yaffe was the recipient of several State Department Superior and Meritorious Honor Awards, as well Department of Defense commendations. Prior to joining the State Department, he was a John M. Olin post-doctoral fellow and Center for Science and International Affairs associate fellow at Harvard University (1989-1992) and a USIP peace scholar (1988-1989).

March 26 marks the 40th anniversary of the signing ceremony of the Egypt-Israel peace treaty that resulted from the Camp David Accords. Negotiated by Israeli Prime Minister Menachem Begin, Egyptian President Anwar Sadat and U.S. President Jimmy Carter, the treaty has been a cornerstone of regional security and U.S. strategy in the Middle East. 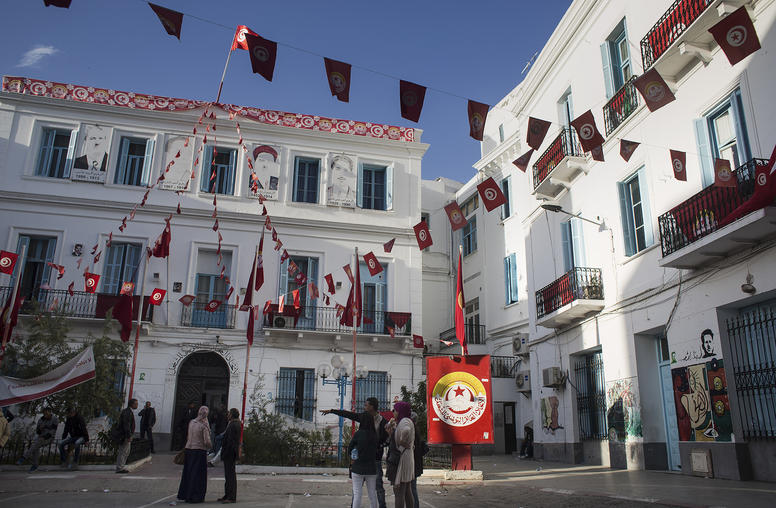 The U.S. Institute of Peace asked our Mike Yaffe and the American Enterprise Institute’s Emily Estelle for their insights on confronting the terrorist threat in Libya and Tunisia and addressing governance challenges in the two North African nations.

Following USIP’s event “Iraq and Syria: Views from the U.S. Administration, Military Leaders and the Region,” Mike Yaffe provides key takeaways from the panel featuring CENTCOM Commander General Votel, USAID Administrator Green, and Special Presidential Envoy for the Global Coalition to Defeat ISIS McGurk. "Iraq and Syria are complex and starkly different from one another," says Yaffe, "but the key goals are the same: concentrate on defeating ISIS and work by, with, and through local people to stabilize each country."

'The closer we get, the more complex it gets.' White House struggles on strategy as Islamic State nears defeat in Iraq and Syria - Los Angeles Times

In Iraq, military defeat of ISIS is only the beginning - Washington Examiner