Through the Community-Based Dialogues for Reconciliation project in Libya, USIP has built the capacity of local leaders in conflict analysis, transitional justice, and dialogue facilitation. USIP is now mentoring these individuals, who are from three conflict-affected areas in Libya—Sebha, Ubari, and Nalut-Siyaan—through the process of implementing community dialogues. The goal of this project, which is funded by the State Department’s Bureau of Democracy, Human Rights, and Labor, is to build trust between these fractured communities, ultimately resulting in increased social cohesion and longterm, sustainable reconciliation and peace. The project began in October 2018 and will conclude in April 2021.

Tribal, ethnic, political, and regional differences have fueled a state of protracted conflict in Libya that began after the fall of longtime dictator Muammar Qaddafi in August 2011. The situation has worsened since the July 2014 elections, and the current landscape of social and political polarization has left many groups marginalized and divided by sub-national, ethnic, political, and tribal affiliations. Many local conflicts are grounded in long-standing feuds among various tribes and ethnic groups, adding new layers of rivalries which will hamper national-level peace agreements if left unaddressed.

USIP’s Community-Based Dialogues for Reconciliation project uses dialogue to increase positive communication and trust within and between conflict-affected communities in Libya. Through this project, USIP has trained 40 Libyans, including youth and women, in conflict resolution, transitional justice, and dialogue facilitation. So far, these individuals have used their skills to facilitate five dialogues in which nearly 400 people participated, with hundreds more involved in the related post-dialogue activities.

Sebha and Ubari are both located in Libya’s marginalized southern region. Between 2014 and 2016, Ubari was locked in a devastating local violent conflict, while Sebha is still actively struggling with tribal-based conflict. As such, the USIP team has began the dialogue project by taking a collaborative problem-solving approach to building trust. This approach builds bridges by bringing groups together through collaborative problem solving.

In Sebha, USIP administered three dialogue processes: the first aimed to bring the city together to address the issue of celebratory gunfire; the second focused on youth participation in reconciliation initiatives; and the third focused on the role of women in peacebuilding. The youth dialogue about reconciliation initiatives was particularly successful—participants demonstrated a surprising level of willingness to discuss conflict- and reconciliation-related issues and expressed interest in being involved in peacebuilding efforts.

In Ubari, the first dialogue focused on addressing the problem of violence in schools and culminated in tribal and community leaders coming together to sign a Social Pact against School Violence at a ceremony that took place at a USIP-sponsored International Peace Day celebration in the city. This dialogue also resulted in the creation of 52 councils against school violence—two in each of the 26 participating schools. One of the two councils in each school is a General Council, which includes representatives such as tribal elders, social workers, and municipal council members. The second council is a Mothers’ Council, which works with the General Council and with local authorities to contribute to efforts to prevent school violence. This second council provides a platform for women to influence improvements in schools, something which has proven challenging in the past due to the region’s gender norms. In addition to advocating for change within local schools, the Mothers’ Councils have helped lead efforts to combat COVID-19 in Ubari, including contributing to awareness-raising campaigns and sanitizing schools.

The topic of the second dialogue was the return of markets to the city as key “connectors.” Ubari’s markets had to move outside the city during the 2014-2016 war, forcing residents to travel dozens of kilometers to buy produce and other goods. During and after this dialogue, Ubarians worked together to help reopen markets, starting with a weekly one that featured 33 vendors representing the three major tribes when the market first reopened in 2019. USIP is also partnering with the U.N. World Food Programme to facilitate the return of a daily market and adjoining green space. Like the weekly market, the daily market would benefit the community as a social connector to encourage positive interactions on a larger scala>e.

The conflict between residents of Nalut and Siyaan, two communities located three hours southwest of Tripoli, is rooted in a land dispute. Although the battle for Tripoli, which began in April 2019, further complicated the relationship between these two communities, USIP succeeded in bringing together representatives of both municipalities in December to sign an agreement to establish an administrative liaison committee. The signing ceremony marked the first time that the two municipalities have agreed to work together since before the 2011 revolution. In addition to leading efforts to raise awareness of COVID-19 in the region, the committee helped to ensure the safe return of Libyans to their homes in the face of COVID-related border and road closures in spring 2020. 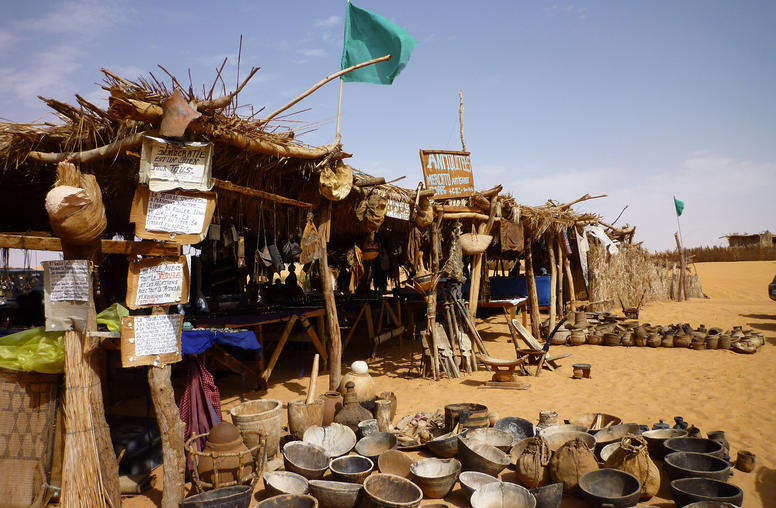 A stable Libya will require dialogue in its Fezzan region. Here’s how it’s starting.

As tribes faced off for battle in a quickening cycle of violence, a mother schooled in dialogue calmed anger over her son’s death.

As global and regional players jockey for influence, international efforts to resolve the conflict remain stymied and ineffective. Meanwhile, Libya’s vast oil reserves—which provided a decent standard of living for many Libyans prior to 2011—have been under blockade, devasting the economy and livelihoods and leading to mounting frustration among Libyans. Further muddying the waters, the prime minister of the U.N.-backed Government of National Accord (GNA), Fayez al-Sarraj, announced he would step down in October and transfer power to a new administration.