Scott Worden is director of Afghanistan and Central Asia Programs at the U.S. Institute of Peace (USIP). He comes into this role with an extensive background in reconstruction, development, democracy and governance, policy, among others; as well as extensive regional expertise on Afghanistan and Pakistan.

Prior to joining USIP, Worden was director of the Lessons Learned Program at the office of the Special Inspector General for Afghanistan Reconstruction (SIGAR), and served as acting director of policy as well as a senior policy advisor for the Office of Afghanistan and Pakistan Affairs at the United States Agency for International Development (USAID). In the latter position, he was responsible for advising senior officials on strategies for sustainable development in Afghanistan and Pakistan.

At his previous time with USIP, Worden directed Rule of Law development programs for the USIP and served as a United Nations-appointed Electoral Complaints Commissioner for the 2009 Afghanistan elections, as well as advising the U.N. on elections in 2005-06.

Worden has a decade of experience working on Afghanistan issues and working in the field.

Originally from Boston, Mr. Worden earned his bachelor’s at Colgate University and a Juris Doctorate from Harvard Law School.

As Afghans face mass hunger and economic collapse, USIP’s Scott Worden says it remains to be seen how the Taliban will react to internal and external pressure to address these crises: “Will they respond … by adapting, by softening policies, by being more inclusive or will they have a crackdown?” 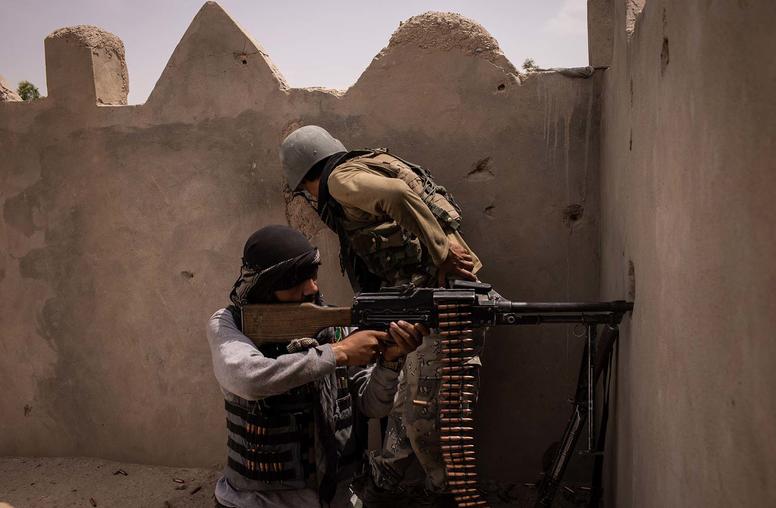 The Afghan government has had its most difficult week fighting the Taliban since the insurgency began. As of this writing, 12 provincial capitals have fallen since last Friday, marking the first time the Taliban have controlled a city since they were ousted in 2001. By some estimates the Taliban control two-thirds of the country. While many experts predicted that the rapid and unconditional withdrawal of U.S. troops would increase Taliban control, few saw it happening this fast. A Taliban takeover of Kabul — once thought to be years away if at all — is now conceivable within months, or even a matter of weeks.

U.S. and NATO troops are rapidly executing President Biden’s policy of a complete withdrawal of American troops and contactors supporting the Afghan National Defense and Security Forces (ANDSF) by a deadline of September 11. Based on the rate of progress, the last American soldier could depart before the end of July. The decision to withdraw without a cease-fire or a framework for a political agreement between the Taliban and the government caught Afghans and regional countries by surprise. The Taliban have capitalized on the moment to seize dozens of districts and project an air of confidence and victory.

Troop withdrawal is ahead of schedule, but that’s “proving to be bad news for the overall political situation … and a setback for peace talks,” says USIP’s Scott Worden. While it seems likely that fighting will ramp up, if another military stalemate occurs there could be “a ripe opportunity for talks.”