With the Biden-Harris administration halfway through its pivotal first 100 days, America’s foreign policy is under review. A key consideration should be the role of gender, as the United States is uniquely placed to become a global “gender superpower” by employing a feminist foreign policy. But what does that mean practically? And how can the government address challenges like Yemen’s humanitarian crisis, the Afghan peace process, or broader national security goals by taking into account the perspectives of women and gender minorities? Can the United States use its progress in areas such as the Women, Peace and Security (WPS) Agenda to emerge as a gender superpower?

Ultimately, it will require a foreign policy devoted to an expansive definition of gender, the promotion of peaceful masculinities, the empowerment of women and gender minorities, and a focus on conflict prevention and reconciliation rather than military intervention. The United States would need to embolden more women like the honorees of the State Department’s International Women of Courage Award or USIP’s Women Building Peace Award—women like Zarifa Ghafari, the first woman mayor in Afghanistan’s deeply conservative Wardak province, or Yasmin Al-Qadhi, who is facilitating direly needed humanitarian aid and combatting the use of child soldiers in Yemen.

To become a gender superpower, the United States can expand upon its strides in honoring leading women peacebuilders and advancing the WPS Agenda, but will need to address the ways in which inequities caused by gender dynamics impact state fragility and conflict. The United States can further exercise its gender superpower by amplifying the nexus between women’s empowerment and state and global stability, security and prosperity.

Progress on Women, Peace, and Security

The United States has already laid the foundation to build its gender superpower through its elevation of the WPS Agenda, which acknowledges the vital role of women in peacebuilding, peacekeeping, and post-conflict and crisis recovery. Recent efforts include:

Despite these advances, U.S. foreign policy currently omits a gender lens that adopts an intersectional analysis of social identities. This illuminates the ways in which women and gender minorities are marginalized, as it dramatically undermines the delivery of critical assistance and excludes them from key decision-making positions and peace processes around the world.

The new administration can learn from missed opportunities to promote women’s participation and build sustainable peace, and exercise its gender superpower by instituting a feminist foreign policy. This approach would prioritize inclusion, gender equality, and human rights; offer alternatives to the use of force in foreign interventions; and challenge patriarchal, racist and colonial systems of power. A successful feminist foreign policy will require male allies and their championship of gender considerations in the implementation of the National Security Strategy and other policies to address international insecurity, such as the U.S. Strategy to Prevent Conflict and Promote Stability (Global Fragility Strategy).

The current WPS infrastructure has primed the United States to assert itself as a gender superpower. Here are some examples of how the WPS Agenda can center gender in U.S. interventions in fragile contexts.

Women Humanitarians and Peacebuilders in Yemen

Yemen is experiencing the world’s worst humanitarian crisis, with 20 million people suffering from hunger and malnutrition, of which women and children are disproportionately affected. Within a feminist foreign policy, the United States would prioritize direly needed humanitarian and peacebuilding interventions. In particular, it would take a leadership role in advocating for a famine-prevention cease-fire and work with international donors to deploy a $4 billion relief fund with specific funding streams for women and children. Moreover, it would support the formal and informal networks of women peacebuilders, who have successfully navigated sectarian and political divides in Yemen through years of strife.

As the COVID-19 pandemic and conflict rage, these women are well-placed to deliver life-saving humanitarian assistance and address key drivers of violence and radicalization. Supporting the leadership of women’s networks to deliver aid and facilitating their participation in peace processes would have a multiplier effect for women’s empowerment in Yemen, achieve quintessential elements of the WPS Agenda, and promote U.S., regional and international security.

LGBTQI+ Immigrants from the Northern Triangle

Between 2007 and 2017, over half of the 4,385 asylum claims based on anti-LGBTQI+ persecution were from individuals fleeing the Northern Triangle (Guatemala, Honduras and El Salvador). LGBTQI+ asylum-seekers are more vulnerable to violence due to the lack of protections in their home countries, as well as harassment and exploitation along their migrant journey. Yet, U.S. policies and programs to address such challenges have failed to employ a gender analysis or account for gender-related causes of insecurity and migration.

Due to the high levels of gender-based violence (GBV) experienced by LGBTQI+ asylum-seekers, they should not face deportation, and instead should be eligible for legal exemptions based on vulnerability and international law principles. A feminist foreign policy that reflects inclusive WPS tenets would ensure LGBTQI+ asylum-seekers fleeing conflict and violence are eligible, at minimum, for humanitarian parole. Factoring these vulnerable individuals into a feminist foreign policy would address gender considerations, issues of GBV and persecution, and empowerment, as well as elevate international legal obligations, safety and respect for human dignity.

However, U.S. gender advisors are typically undertrained in WPS principles and manage competing portfolios. A feminist foreign policy would mandate that all senior leaders and personnel receive cross-cultural training on gender analysis and gender mainstreaming to increase the numbers of women in security and address entrenched gender norms, stereotypes and GBV. Furthermore, gender advisors would have a focused scope of work to maximize their positive impact. By providing advice to and receiving support from senior Defense Department leadership, gender advisors would be well placed to strengthen U.S. and partner security forces’ capacities and foster protective and empowered environments free from GBV and harassment.

The United States could further incentivize women’s participation in security sector training provided to partners by insisting on quotas. WPS Centers of Excellence for these forces could also be established, where best practices can be shared with other regional forces. Programs could seek the inclusion of and collaboration with men and boys to build their capacity on WPS principles and to become gender equality advocates. By prioritizing the role of gender advisors and training on gender considerations internally and with partners, the United States can be a leader at the nexus of security modernization and women’s empowerment.

Women’s rights hang in the balance amid the ongoing Afghan peace process. If a political settlement is reached, it must not sacrifice the strides Afghans, particularly Afghan women and girls, have made since 2001 in exercising their political, social, cultural and economic rights. As part of America’s engagement in the talks between the Taliban and the Afghan government, Washington should seek guarantees that Afghan women’s voices are included and amplified at each stage of the process.

Within a feminist foreign policy approach, the U.S. administration could proactively pull all available levers of influence to ensure that women’s priorities are an essential thread woven throughout the intra-Afghan talks. The United States could predicate its diplomatic maneuvers in favor of a peace dividend package—one that coordinates multilateral and bilateral donors, invests in development, governance, infrastructure, and economic assistance, and empowers women and advances their participation in all facets of life. Should an agreement come to fruition, the United States could then utilize its prodigious technical expertise to implement programming that places women at the forefront of peace-sustaining activities.

To become a global gender superpower, the United States will need to institute a whole-of-government approach to gender. This requires championship by male allies and an update of gender-relevant strategies, policies and programs such as the WPS Strategy, the Strategy to Eradicate GBV Against Women and Girls Globally and the USAID Gender Policy. To truly build a feminist foreign policy, gender considerations must be included in broader frameworks, such as the National Security Strategy and the Global Fragility Strategy. It will also require concerted efforts to attain gender parity in the U.S. government, particularly in leadership positions and throughout the ranks of internationally facing agencies.

The administration should combat exclusion caused by the current system that places gender issues in a silo, distinct from broader policy concerns. The new White House Gender Policy Council could play a coordinating role in breaking down the barriers sidelining gender issues. Additionally, the United States should proactively incorporate marginalized groups, such as women and gender minorities, and seek regular civil society consultations domestically and in local contexts. Dedicated funding, human resources, research, training and gender analysis in programming and policy are essential to deepen understanding among partners and stakeholders of the value of women’s and gender minorities’ participation in all aspects of society.

The objectives of a feminist foreign policy and the WPS Agenda cannot be achieved without coordinated synthesis into all aspects of U.S. diplomatic, development and defense efforts, in recognition of the vital role women play in building and sustaining peace. This inclusive framework would promote U.S. national and international security by prioritizing prevention, mitigation and locally led peacebuilding. Such an approach would support resilient leaders like Zarifa Ghafari and programs such as those spearheaded by Yasmin Al-Qadhi—and position the United States as a true global gender superpower.

Dr. Shirley Graham is the director of the Gender Equality Initiative in International Affairs and associate professor of practice of international affairs at George Washington University’s Elliott School of International Affairs. Megan Corrado is the director for policy and advocacy at Alliance for Peacebuilding. Both are members of the U.S. Civil Society Working Group on Women, Peace, and Security, which just celebrated its 10th year. USIP is the secretariat of the working group. 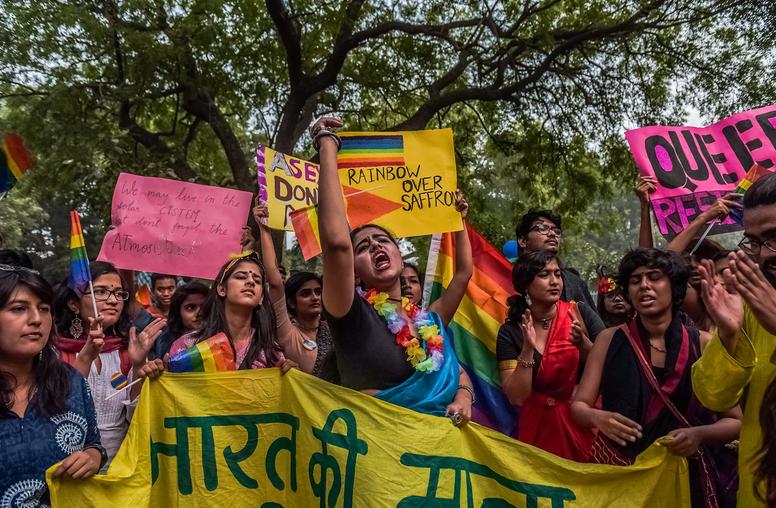 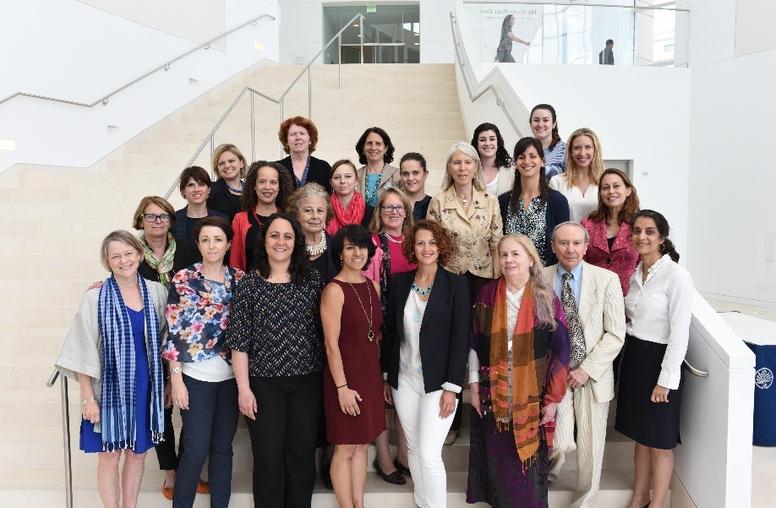 The U.S. Civil Society Working Group on Women, Peace, and Security (U.S. CSWG) is a non-partisan network of civil society organizations with expertise on the impacts of women in war and their participation in peacebuilding. Established in 2010, the working group is an engaged coalition to promote the effective implementation of the U.S. National Action Plan on Women, Peace and Security.