A continually growing research base has now recognized the importance of women’s involvement in peace and security issues to achieving long lasting stability. This acknowledgment stems from the efforts by international organizations, national governments and civil society around the world to establish what we now know as the Women, Peace and Security Agenda.

In 2000, the United Nations Security Council (UNSC) formally acknowledged through the creation of Resolution 1325 the changing nature of warfare, in which civilians are increasingly targeted, and women continue to be excluded from participation in peace processes. The resolution specifically addresses how women and girls are differentially impacted by conflict and war, and recognizes the critical role that women can and already do play in peacebuilding efforts. UNSCR 1325 affirms that peace and security efforts are more sustainable when women are equal partners in the prevention of violent conflict, the delivery of relief and recovery efforts and in the forging of lasting peace.

Below is a broad overview of the UNSCR 1325 on women, peace and security, including its significance and its content. The page also draws upon USIP publications, tools, and multimedia to provide concrete examples and incorporates links to outside resources for additional exploration into this topic.

UNSCR 1325 was adopted due to the hard work of both civil society and the member states of the UN. Prior to its adoption, several major global conferences and policy frameworks were championed that sought to advance the rights of women and girls. Beginning in 1975, the United Nations convened world conferences to elevate gender equality on the global stage. In 1995, the Fourth World Conference on Women yielded the Beijing Declaration and Platform with key objectives that promoted of the role of women in peacemaking.

Despite these important actions, there remains a general lack of recognition of gender in commissioned reports by the UN, especially regarding peacekeeping. The Coalition on Women and International Peace and Security was formed in response and became the main lobbying force for the creation of UNSCR 1325. In 2000, the Coalition’s efforts came to fruition when Namibia held the Security Council Presidency and conducted an open session on Women, Peace, and Security. During this session, the U.N. Security Council acknowledged the changing nature of warfare, in which civilians are increasingly targeted, and women continue to be excluded from participation in peace processes, leading to the passage of U.N. Security Council Resolution 1325.

Resolution 1325 addresses two major points – the inordinate impact of violent conflict and war on women and girls, as well as the crucial role that women should, and already do play in conflict prevention, conflict resolution, peacemaking and peacebuilding. Women’s full participation and involvement is critical to every aspect of achieving and sustaining peace and stability within a community. The Resolution urges all actors to increase the participation of women and additionally incorporate gender perspectives in all United Nations peace and security efforts. Parties engaged in conflict must take special measures to protect women and girls from all forms of gender-based violence, especially rape and other forms of sexual violence that are particularly widespread during times of violent conflict. Each of its mandates falls into one UNSCR 1325’s four basic pillars: participation, protection, prevention and relief and recovery. 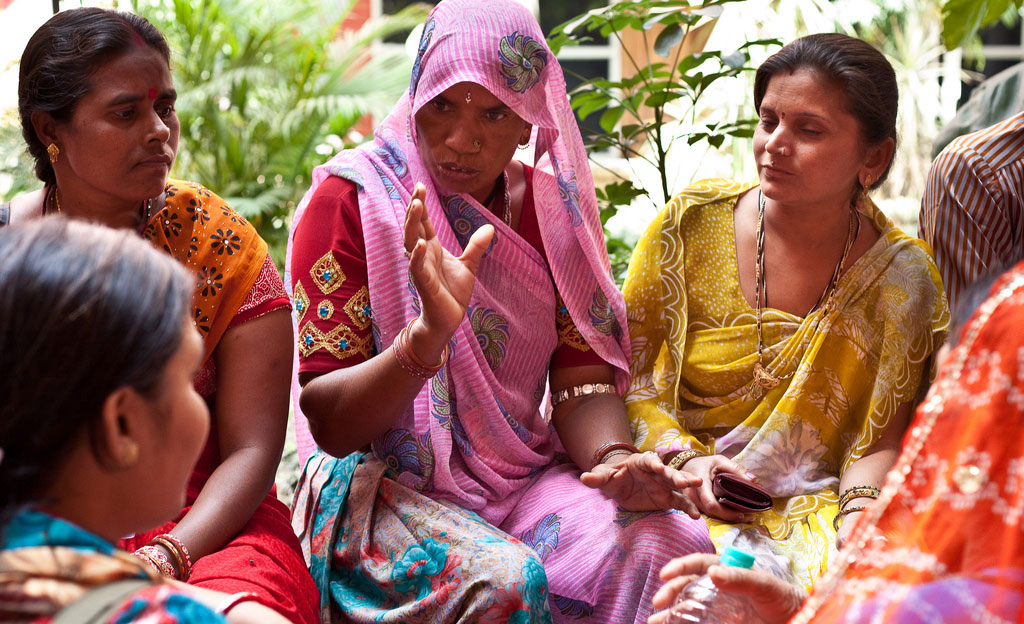 Each of the Resolution’s mandates is related to one of the four basic pillars: participation, protection, prevention and relief and recovery. Each pillar is below as described by the Resolution.

Since 2005, U.N. Member States have put the tenets of the resolution into action through the development of government-led National Action Plans (NAP) or other national level strategies.

UNSCR 1325 is a global commitment to ensuring that women and girls are more systematically and sustainably integrated into peace and security. This means, that it requires a global effort to implement the Resolution. Within the UN, certain progress has been made, including the appointment of a Special Representative on Sexual Violence in Conflict by the Secretary-General and a commitment by the Secretary-General to ensure women are at all levels of senior leadership within the UN.

However, much of the implementation of UNSCR 1325 comes from the UN member states. Since 2005, UN Member States have put the tenets of the resolution into action through the development of government-led National Action Plans (NAP) or other national level strategies.

This NAP process assists countries in identifying priorities and resources, determining their responsibilities, and committing the government to action. These Action Plans are an important element to the implementation of the resolution worldwide. As of late January 2018, 72 nations have created National Action Plans, including the United States in 2011.  In a number of cases, there are countries on their second or third versions of their NAPs.

The United States adopted its first National Action Plan in 2011, which was signed by President Barack Obama through Executive Order 13595. Although women’s protection and participation had been referenced in previous foreign policies, the U.S. NAP was the first legal and policy framework to recognize women’s inclusion as a central aspect of U.S. conflict prevention and resolution efforts. Its structure is also significant as it was developed and implemented by a broad interagency group. The three main agencies charged with implementation of the U.S. NAP--the U.S. Department of State, Department of Defense, and Agency for International Development--are required to submit their own fully-funded, time-bound plans for implementation and evaluation.

The U.S. NAP mandates an annual review for a progress report to the President, along with a comprehensive review every five years. In 2016, the U.S. Government conducted a review of the NAP in consultation with civil society to address challenges and lessons learned from initial implementation.

Separately from the U.S. NAP, the Women, Peace, and Security Act of 2017 was signed into law (Public Law No: 115-68) on October 6, 2017. This bipartisan legislation strengthens efforts by the U.S. Government to ensure women’s meaningful inclusion and participation in peace and security processes to prevent, mitigate, or resolve violent conflict. In addition to Israel, the U.S. is now just one of two countries in the world to enact a domestic law that addresses Women, Peace, and Security. The new law will bolster existing and future policies by ensuring Congressional oversight in the U.S. Government’s efforts to integrate gender perspectives across its diplomatic, development and defense-related work in conflict-affected environments. A government-wide strategy on Women, Peace, and Security is required by the Act and will be implemented through interagency coordination, policy development, enhanced professional training and education and evaluation, among other approaches.

USIP supports the implementation of the U.S. NAP and the WPS Act through its work with the U.S. Civil Society Working Group on Women, Peace, and Security (U.S. CSWG), a non-partisan network of civil society organizations with expertise on the impacts of women in war and their participation in peacebuilding. USIP serves as the Secretariat of the U.S. CSWG. Established in 2010, the working group assisted in the establishment of the U.S. National Action Plan on Women, Peace and Security (U.S. NAP), and continues to be an engaged coalition to promote the effective implementation of the Women, Peace, and Security Act of 2017.

Women’s empowerment: Ambassador Melanne Verveer, former U.S. Ambassador-at-Large for Global Women’s Issues at the U.S. Department of State, emphasized, “Too often, women’s roles are marginalized because they are not seen in terms of their leadership. We must see women as leaders, not victims. We must also view their participation not as a favor to women, but as essential to peace and security.” The experiences of men and women in war are different. In these differences, women offer a vital perspective in the analysis of conflict as well as providing strategies toward peacebuilding that focus on creating ties across opposing factions and increasing the inclusiveness, transparency, and sustainability of peace processes.

Global security: Seeing that women’s participation is key to national security, the U.S. Department of Defense has sought to institutionalize the Women, Peace and Security agenda across the departments and branches of the U.S. military. Core pillars of the WPS agenda have been integrated into key doctrine, and Geographic Combatant Commands have incorporated similar objectives into Theatre Campaign Plans. For example, U.S. Southern Command’s Theater Campaign Plan included key tasks specifically addressing women’s integration into partner nation militaries and ministries of defense. Through their implementation plan, the DOD has made clear efforts to institutionalize the priorities of WPS.

International law: The Resolution brought to attention the critical need to address sexual violence perpetrated in conflict settings. Key pillars of UNSCR 1325, and subsequent resolutions, specifically highlight the long-term, broad impacts that sexual violence has on not just victims, but also entire communities over a long period of time. In alignment with the Resolution, international criminal courts and laws have adopted new standards and set clear precedent through the prosecution of sexual violence as a crime against humanity and war crime.

Inclusion of men: Men are too often left out of discussions about the disproportionate impact of conflict on women. Peacebuilding requires an awareness of how men and women together can better contribute to sustainable peace and security. "The Other Side of Gender," an international symposium hosted by USIP in 2013, examined the importance of gender analysis in conflict and peacebuilding that is inclusive of both men and women in order to achieve more long-lasting peace.

Resolution 1325 was a landmark resolution in that it was the first to address the issue of women’s inclusion in peace and security matters. It also though launched what became a series of resolutions, each addressing a unique concern regarding the protection of women and girls during conflict, and their participation in decision-making processes.

SCR 1820: Passed in 2008, Resolution 1820 recognizes that conflict-related sexual violence is a tactic of warfare, and calls for the training of troops on preventing and responding to sexual violence, deployment of more women to peace operations, and enforcement of zero-tolerance policies for peacekeepers with regards to acts of sexual exploitation or abuse.

SCR 1888: Passed in 2009, Resolution 1888 strengthens the implementation of Resolution 1820 by calling for leadership to address conflict-related sexual violence, deployment of teams (military and gender experts) to critical conflict areas, and improved monitoring and reporting on conflict trends and perpetrators.

SCR 1889: Passed in 2009, Resolution 1889 addresses obstacles to women’s participation in peace processes and calls for development of global indicators to track the implementation of Resolution 1325, and improvement of international and national responses to the needs of women in conflict and post-conflict settings.

SCR 1960: Passed in December 2010, Resolution 1960 calls for an end to sexual violence in armed conflict, particularly against women and girls, and provides measures aimed at ending impunity for perpetrators of sexual violence, including through sanctions and reporting measures.

SCR 2106: Passed in 2013, it provides operational guidance on addressing sexual violence and calls for the further deployment of Women Protection Advisers.

SCR 2122: Passed in 2013, it calls on all parties to peace talks to facilitate equal and full participation of women in decision-making; aims to increase women’s participation in peacemaking by increasing resources for women in conflict zones; acknowledges the critical contributions of women’s civil society organizations.

SCR 2242: Passed in 2015, it marks the 15th anniversary and reaffirms commitment to Resolution 1325; highlights the role of women in countering violent extremism, and addresses the differential impact of terrorism on the human rights of women and girls.