The Latinos of Los Angeles are also especially vulnerable to violence. Los Angeles has suffered a spike in violence over the past two years, concentrated in Black and Latino neighborhoods. The trend is repeated in other U.S. cities, as the COVID pandemic exposes longstanding gaps in public safety and public health.

Violence is also endemic in many of the Latin American countries where undocumented migrants to the United States come from. Perhaps no country has suffered more than El Salvador. Emigration, which surged during the country’s 12-year civil war (1979 to 1992), has continued since then, fueled by poverty, crime and corruption. U.S. deportation policies have exacerbated the country’s tragedy: the powerful gangs that drive much of the bloodshed in El Salvador originated among marginalized migrant youths in Los Angeles.

Fernando, Los Angeles suffered horrific gang-related violence in the 1980s and 90s. The Los Angeles Police Department (LAPD) responded with measures that ultimately led to a huge increase in the prison population, especially of juveniles. But things changed over the past decade. Until Covid hit, LA was moving in the right direction. What happened?

Fernando Rejón: LA in the 90s had the highest homicide rate we've seen. In LA county there were over 2,000 homicides in 1992 and in LA city there were more than 1,000, the highest the city's ever experienced. During the last 10 years — if we don't count the COVID years, the last two years —homicides were below 300.  And we were moving toward zero. We wanted to get below 200 and then get below 100.

And that was because of investment and coordinated services between government and community leaders that were pulling together and building a comprehensive strategy that invested a consistent amount of money every year into the most impacted areas. And that paid dividends.

Now we're seeing homicides go up again. Homicides are up 33% compared to 2019. Compared to last year, I think, we're up 7%. So, we're part of an upward trend that we’re also seeing nationally. We're pushing to broaden out a strategy that we've developed over the last 10 years, which needs to be reinvigorated, recalibrated and scaled up.

Rosa, over the past two months, the Salvadoran government has responded to an uptick in killings by arresting more than 36,000 people. Like Los Angeles, El Salvador until recently seemed to be curbing violent crime. Now the country seems to be caught up again in a cycle of violence and repression. Are there ways to break this pattern?

Rosa Anaya: In Central America, we’ve seen so many rounds of mano dura, or iron fist, policies. And again and again, those types of policies have not worked. What's frustrating is that there is an alternative. Good things were happening with law enforcement and the prison system, focusing on what it means to actually do rehabilitation.

We've heard some police officers talk about how frustrated they are because they've seen the alternative. They’ve seen what it's possible to do at least on a small scale. They know that things can be done that will have better results.

We're actually exposing kids to more violence and trauma, which means it will take a lot more resources, specialized resources, to get them back to a place where they can be functional in society.

Fernando, what have we learned about gang intervention and violence prevention? Are there any lessons learned in Los Angeles that might help other crime-affected communities?

Fernando Rejón: We know that when you invest in the most impacted communities, impacted families and impacted individuals, you see a transformation in violence and safety. To stop intimate partner violence, you can address parenting, you can address mental health. You can work with individuals, but you also have to work with their families. If you help stabilize key families within a community, you can help stabilize the community and then onward from there. At the societal level, there are some dramatic shifts that need to happen. A shift in how policing is done, but also a shift in how government invests in building infrastructure around safety and health.

Rosa, you work with prison inmates. How does this help curb violence outside the prisons?

Rosa Anaya: We know that there's a connection between what’s said by people inside the prisons and what happens outside the prisons. You can't take away their influence. What you can do is teach that person. Give him the right tools to make better choices. And then he can contribute to a different vision within the community.

Because when inmates come back to the community, the impact they have is gigantic. And everything you did on violence prevention will go down the drain because the guy that just got out of prison said do this, not that.

Fernando, police reform is hotly debated in many countries.  Do you believe law enforcement can change? And, if so, how?

Fernando Rejón: Law enforcement can change, and we’ve seen it at the individual level. At the department level, it really takes strong champions who understand and have a different vision for policing.

In 2020 the LAPD launched the Community Safety Partnership Bureau, which is the only bureau in the country that focuses on relationship-based policing. It is trust-building policing that incentivizes officers to engage the community, build relationships, provide resources or referrals. If communities feel that law enforcement is an occupying force that is going to arrest their children, kick down the doors, and take family members away, then the barriers are going to be up. But if the officers know individuals, have relationships, and serve more as guardians, there's a level of trust. If someone's in the wrong, the community is going to give them up and say take them away. They've been out here, you know, stealing, robbing, shooting. They don't want them in the community anyways, right?

It's really shifting from a fear-based mentality to a working-with mentality. Some people think that's impossible, but we really can shift the culture of law enforcement. You have officers focused on public trust and building relationships. And in LA you now have a bureau, which means that it becomes more institutionalized.

Public safety has been the domain of law enforcement only. We're saying that it's not just law enforcement. There are other groups, such as community intervention workers, and other community-based strategies that can broaden our understanding of public safety.

Rosa, you work with both prisoners and prison staff. Have you been able to change prison policies in El Salvador?

Rosa Anaya: When we started working in the prisons, authorities were more suspicious than impressed with our peacebuilding efforts. So, they started to observe closely. Authorities had started a program called “Yo Cambio” focused on skills to keep inmates working. But they realized that changes at a human level needed to happen. Yo Cambio was combined with our peacebuilding program. We not only trained inmates, but also the guards and staff, which created a more effective rehabilitation environment. Asked to work with all actors in the system, we could replicate our work with a small group at a larger scale.

And that’s why what’s happening now is so frustrating because we’ve seen the alternatives. We were building trust with different actors: potential employers, judges, police, the prison staff. Yes, the individual needs to change, but the community also needs to be ready. It’s important to think of the whole system versus let’s just fix the bad guy. If we don’t, we’re never going to get out of these cycles of violence. 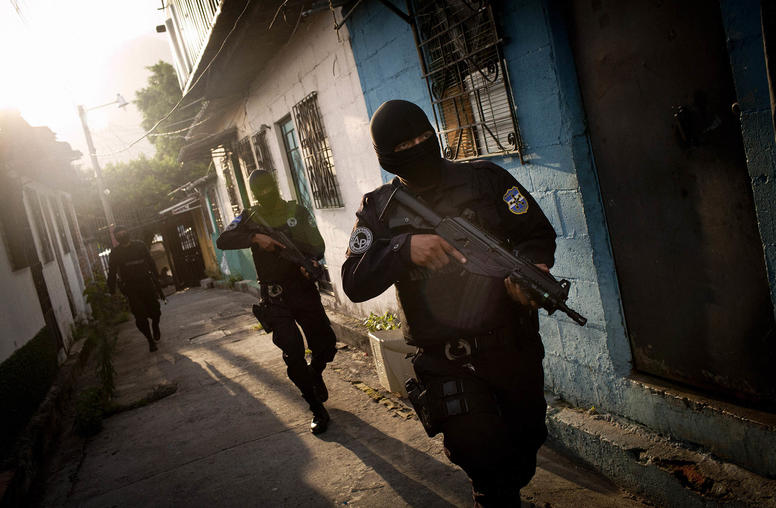 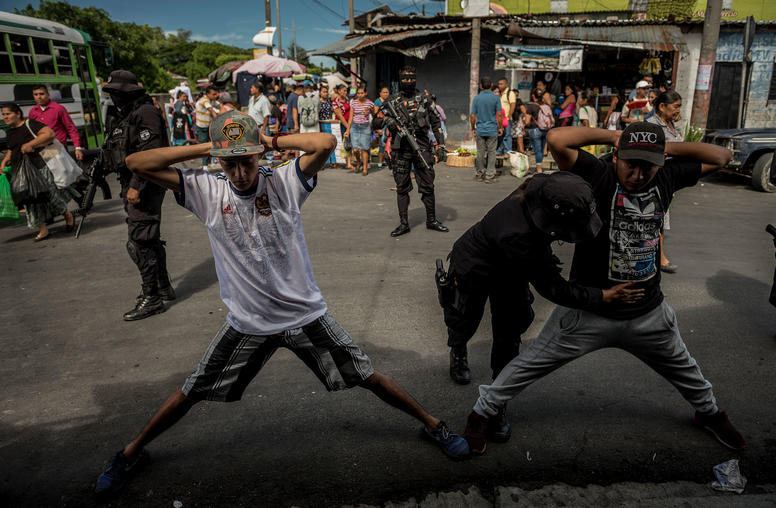