Despite the Biden administration’s efforts to outline a new, positive vision for engagement with Latin America and the Caribbean, old fault lines are likely to come into play at the upcoming Summit of the Americas, which kicks off in Los Angeles on June 6. Both U.S. domestic politics and governments in the hemisphere with a more skeptical view of Washington and its intentions contribute to these tensions. A new U.S. perspective is required — one that takes into greater account the region’s diversity, priorities and political complexity. Without such a shift, the perception and reality of declining U.S. influence are only likely to deepen.

The tri-annual regional summit is in trouble. The heads-of-state of Mexico, Brazil, many Caribbean countries and other nations are threatening to boycott — largely, but not only, because of the exclusion of Cuba, Nicaragua and Venezuela. While the softening of sanctions legislation on Cuba and Venezuela is welcome in the region, it’s being viewed as a belated effort to respond to concern over their exclusion. Whether or not a widespread boycott of the summit ultimately materializes, the stresses in U.S-regional relations will have been exposed in an unflattering light.

Observers and analysts are also pointing to longer-term concerns over U.S. policy in the region, including decreased U.S. influence and interest; growing regional ties with China; the failure to check Ortega’s Nicaragua, Maduro’s Venezuela and Cuba; and the “ambivalence toward democracy” and the “pink tide” trend in Latin American elections.

The administration is responding. Secretary of State Antony Blinken presented an ambitious set of objectives in a May 3 speech to the Council of the Americas focused on “growth with equity.” The assistant secretary for the region, Brian Nichols, has mentioned reaching agreements on “clean energy transition, a green future, and digital transformation.” First lady Jill Biden visited Ecuador on May 19 and spoke about “achieving an equitable and sustainable future, building health and pandemic resilience, and strengthening democratic government” in the region. The importance of like-minded nations working with Washington should not be discounted. The summit could yet be salvaged.

Despite promises of a wider agenda, however, issues like irregular migration, nearshoring and the state of regional democracy may dominate at the summit and will likely be perceived as Washington setting priorities. Most Latin American and Caribbean governments are concentrating instead on post-COVID pandemic measures to restart their economies and address the problems created by slow growth, inequality and political fragmentation. The summit in Los Angeles is unlikely to resolve these differences. The uncertainties surrounding the summit, however, are a wake-up call for the United States. Like the last period of serious redefinition of our hemispheric relations at the end of the Cold War in 1989, when Washington forged closer ties with a newly democratic hemisphere, the U.S.-Latin American relationship going forward must evolve.

Time for a Change

Commentators like Eric Farnsworth, Brian Winter, Patrick Duddy, Christopher Sabatini, Daniel Runde and Todd Chapman, Ryan Berg and the Inter-American Dialogue, have underscored the seriousness of the moment for hemispheric relations. They have also made recommendations on how the summit could still set a new course and highlight regional priorities. The latter would include a greater cooperative focus on economic growth, digital transformation, investing in education and health services, building civil society, addressing climate change, negotiating new trade agreements and addressing inequalities.

Given the crisis in Ukraine, domestic pressures in the United States and global economic strains, however, it will be a challenge to deliver on this scale of ambition. A good outcome would still be an agreed vision and agenda for regional cooperation in the coming years.

Building out that vision with substantive policy commitments, however, will require a change in how the United States views and deals with the hemisphere. Here are three ways the United States can get started.

1. Washington should recognize and respect that the region is not uniform.

The United States does not treat Germany and France or South Korea and Japan as indistinct when it comes to policy toward Europe or East Asia. Yet successive administrations have not done as much as they could to differentiate among the experiences and cultures of the more than 30 nations in Latin America and the Caribbean.

Instead, it is “the region” that faces threats from migration, transnational crime, weak institutions, illiberal democracy, corruption, the growing influence of China and interference from Russia, Cuba and Venezuela. Over the years, Washington has lumped governments into camps, filtered through its perceptions of where they fit on the sliding scale of corruption or of ties with its global or regional adversaries.

In general, Americans rarely take the trouble to understand the profound differences between countries as disparate as Mexico, the Caribbean nations, Colombia and Brazil. If they did, they would be less likely to paint political developments in binary colors and accept the complexities of the region’s democracies. The United States should recognize that it can work with left-of and right-of-center governments, and centrist ones too. Washington can more pro-actively engage with sub-regional initiatives, like the Pacific Alliance of Colombia, Chile, Peru and Mexico; or the similar efforts of the Dominican Republic, Panama and Costa Rica. And the United States should commit resources and embrace working with governments in Colombia, Ecuador and Chile invested in fighting climate change.

A blanket U.S. policy approach must give way to one that differentiates opportunities and challenges.

2. Washington should recognize that Latin American and Caribbean nations are looking for a dialogue, not direction.

Former National Security Advisor John Bolton’s 2019 comment that “the Monroe doctrine is alive and well” still reflects the mindset of many in the United States regarding its right to lead the region. This perspective is badly outdated.

In today’s world, the United States should not attempt to decide hemispheric priorities. Recent initiatives on regional migration and nearshoring are, fairly or unfairly, seen as addressing primarily U.S. concerns about its borders and supply chains. Warnings about China can play poorly in a region that has a mind of its own on global developments.

Latin America and Caribbean countries have lived with democracy, market economies and globalization for the past 30 years. They know they face political polarization and multiple crises that require policy responses — but these issues are differentiated depending on the country and will be decided internally by very distinct governments.

They would welcome real dialogue with the United States. Whether citizens choose right-of-center governments, as in Brazil, Ecuador and Uruguay; or populist alternatives as Salvadorans did; or left-wing presidents as Peruvians, Hondurans and Chileans did, the United States could do more to listen to and work with these democratically elected governments and their priorities — difficult as it may sometimes be. The failure, for example, to reach out to Colombia’s and Brazil’s leaders over the first year of a new administration because of political differences led to lost time in building common ground on common challenges.

3. Washington should recognize that it’s time to look past ideological differences and move to a new era of engagement.

Latin America is not looking to Washington to define yesterday’s or tomorrow’s ideological wars. Almost the entire world rejects the U.S. approach to Cuba. Latin American and Caribbean countries are also deciding their own next steps on Venezuela and are no longer as strongly aligned with Washington. We can agree to disagree on these issues instead of using them to drive a wedge between the region and the United States.

The pushback on the administration’s decision to exclude dictatorships from the Summit of the Americas is emblematic of these differences of approach. It is problematic how the region deals with undemocratic governments, as Brian Winter and Andres Oppenheimer suggest. The United States is also correct that the 2001 Inter-American Democratic Charter commits the hemisphere to protect democracy. Many Latin American countries share the U.S. concern about authoritarian trends in the region. Washington, however, meets with autocrats in the G-20 format, in the U.N. Security Council, at the recent U.S.-ASEAN Summit and elsewhere. It may have to consider working on compromises with Latin America and the Caribbean, precluding the threat of boycotts in the future.

Washington’s efforts to transpose broader U.S. geopolitical concerns to the region are not prospering either. As one author put it, “Latin America does not want another Cold War.” China’s growing economic ties to South America are seen as a significant threat by many in the United States but may in fact simply reflect a pragmatic approach by many in the region to their most important market. On Ukraine, like most of the world, Latin America has not followed the U.S.-European sanctions regime. The United States could nonetheless use the current uncertainties to develop a new strategic relationship in a Latin America concerned about a world of emerging trade blocs — and incorporate the U.S. objective of nearshoring. Countries in the region would welcome investment for their own development, as Colombian President Duque made clear in Davos on May 23.

Looking to the Future

A year ago, I presented a detailed and overly optimistic outlook for a forward-looking agenda for this year’s Summit of the Americas. It included a recommendation for greater assistance flows from the United States. Successive administrations spent almost three trillion dollars on wars in Afghanistan and Iraq and almost $40 billion in Ukraine in two months. By comparison, the Biden administration’s 2022 request for Latin America and the Caribbean — the global region that arguably has the most impact on Americans’ daily lives — was for $2.2 billion.

As we look to the future, and past the Summit of the Americas, it still does not seem too much to ask for U.S.-Latin America relations to be recast to reflect the current political realities and priorities in the region. The countries of the hemisphere, as Patrick Duddy correctly notes, “are not likely to wait around until the United States gets ready to take their concerns seriously. They will seek new partners, new markets and new ideas elsewhere.” In an era of global strategic competition, this is an outcome that the United States can ill afford.

Ambassador P. Michael McKinley (ret.) was a career foreign service officer who served as U.S. ambassador to Brazil, Afghanistan, Colombia and Peru, among other assignments. He is a non-resident senior advisor for the Center for Strategic and International Studies’ Americas Program.

While "there was a lot of controversy on the way in," USIP's Keith Mines says the summit produced several notable outcomes, including a declaration on migration, that give regional leaders a chance to "put some resources behind [these issues] and hopefully pull together some new initiatives." 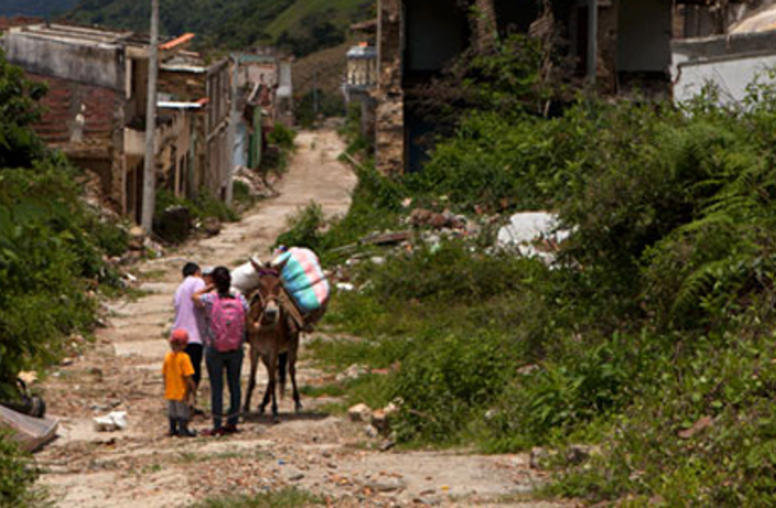 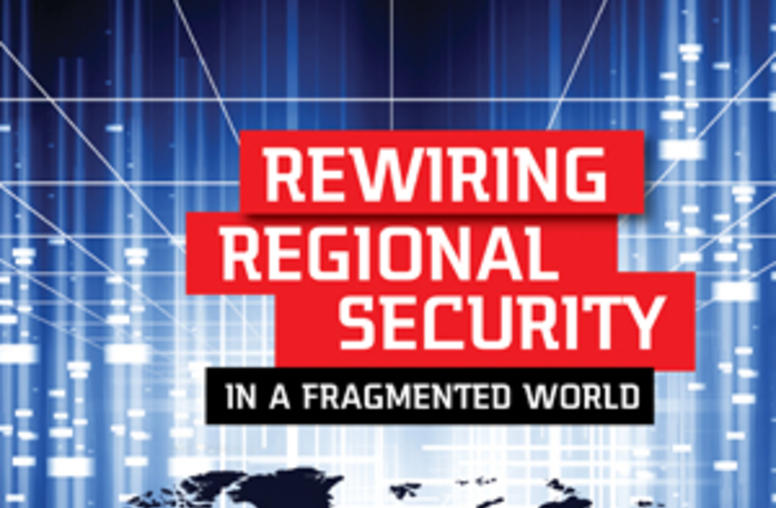 Rewiring Regional Security in a Fragmented World examines conflict management capacities and gaps regionally and globally, and assesses whether regions—through their regional organizations or through loose coalitions of states, regional bodies, and non-official actors—are able to address an array of new and emerging security threats.