As leaders of the House Foreign Affairs Committee’s new panel on oversight and investigations, Representatives Ami Bera (D-CA) and Lee Zeldin (R-NY) agreed that examining the nuts and bolts of diplomacy and development work is a critical—and often unfulfilled—job for Congress.

While sharp differences arise in some foreign policy areas, the subcommittee plans to focus on how to make U.S. diplomatic and development efforts more efficient and effective today and in the future, said Bera, a California Democrat who chairs the panel. He and Zeldin, the panel’s ranking Republican, appeared last week at USIP as part of the Institute’s Bipartisan Congressional Dialogue, which brings together leaders from both political parties to address urgent national security and foreign policy challenges.

“We would like to take a deep dive into the vacancies and their causes at State and USAID that even precede this administration,” Bera said, ticking off areas of concern. “How can we make sure they have the tools to do their job in the most effective way? How do we modernize these organizations? We are losing the next generation of senior development and diplomatic leadership. How do we retain them?”

Zeldin, who represents a district on New York’s Long Island, called oversight a critical congressional function that does not imply a clash between lawmakers and the executive branch.

“We want to know whether appropriated funds are being spent as intended and congressional intent is followed in execution of a law” he said. “It’s important to see if agencies are communicating well with each other.”

While some of the stark differences in policy are often focused on by the media, there is a wide bipartisan consensus on many foreign policy issues, Bera said. He cited as an example a recent hearing on Central America’s Northern Triangle, the area comprised of Honduras, Guatemala and El Salvador and the source of most migrants seeking entry to the U.S. While there is clearly a “challenge on the border,” he said, both sides recognize American policy has to address the root causes of the immigration issue. Consensus on that part of the immigration question unfortunately receives little public notice, he said.

“If you marked up 15 bills, the most controversial will get the media attention,” Zeldin said. “If there’s no controversy, none will get attention and you won’t know it took place.”

Both lawmakers stressed that a long-term, consistent foreign policy is critical to advancing U.S. interests around the world. Asked by USIP President Nancy Lindborg, who moderated the conversation, about the extended horizon needed to strengthen fragile states that are often the breeding ground of extremism, Bera said that as a physician, practicing prevention was for him essentially second nature.

“That is the reason bipartisanship is so important to me,” he said. “We are going to have Democratic presidents and Republican presidents. What you’re talking about cannot be accomplished in a four or eight-year term.”

Zeldin suggested efforts to create a dependable, coherent foreign policy need to take place at every level of government and emphasized the importance of keeping the State Department fully staffed and strong. Likewise, he noted that the Foreign Affairs oversight subcommittee needs to be part of pushing back against cuts to the department’s budget.

“I understand the deficit, but we should never try to balance a budget on the back of something that doesn’t make sense,” he said.

Zeldin, who was an officer in the 82d Airborne deployed to Tikrit, Iraq in 2006, said the use of force should be the “triple Z,” the last option after diplomacy and other instruments of national power such as economic pressure.

In connection with oversight, Lindborg asked whether concern for diplomatic security has gone too far in the wake of congressional probes of events in Benghazi, Libya that led to the death of Ambassador Christopher Stevens. Is aversion to risk keeping diplomats and aid officials behind embassy walls, stifling innovation and depriving the U.S. of the kind of information professionals glean from on-the-ground contact, she asked?

Bera said the question of whether “we can have a more appropriate risk tolerance” is one that concerns him and is an issue that he hopes to work on with the administration and through the subcommittee process.

He also noted the importance of U.S. diplomatic presence in fragile states, particularly as Moscow and Beijing are looking to expand their influence. “When I was in Sierra Leone, the Chinese were everywhere,” he said. 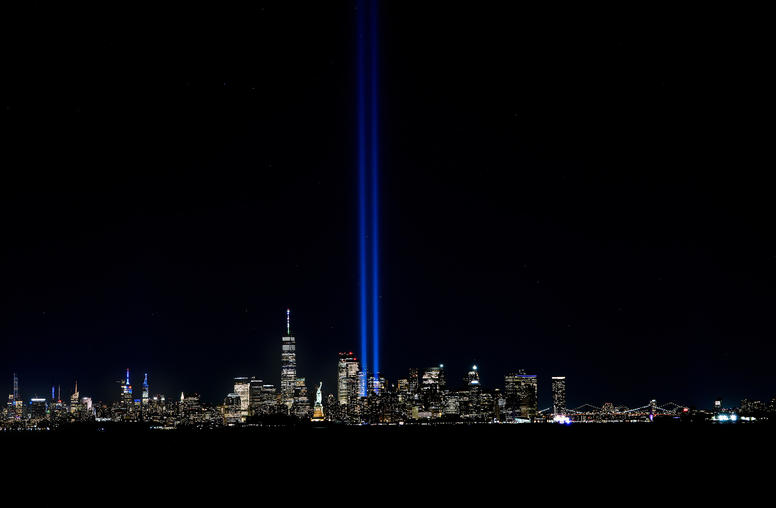 The attack by al-Qaida terrorists on the United States on September 11, 2001, transformed the field of peacebuilding and the way its practitioners view violent extremism.