Dozens of African leaders will be in Washington next week for the second U.S.-Africa Leaders Summit. Critical issues like economic engagement, climate change, food security and global health will top the agenda as U.S. and African decision makers gather for a host of formal and informal meetings. While such leader-to-leader engagements are vital to addressing these urgent issues, understanding what everyday Africans want from their leaders and their countries’ relations with the United States is vital to meeting today’s and tomorrow’s challenges. Indeed, Africa is the world’s youngest and fast-growing region by population, with many of the world’s leading rising economies — it is also one of the world’s most vulnerable regions to climate change.

Dr. Joseph Asunka is the CEO of Afrobarometer, which offers unparalleled reporting on African views on a wide range of issues, providing uniquely valuable insights for policymakers in Washington, in African capitals and beyond. Ahead of the summit, he looks at what Africans want to see from their governments on climate change, their views about democracy and military rule, and what they’re looking for in the post-pandemic economic recovery.

Your data indicates that there is a broad popular consensus in Africa in favor of climate action. What do citizens want to see from their governments?

You are right about the popular consensus on climate action. By way of an update, the ninth round of Afrobarometer surveys started in late 2021 and are projected to conclude in early 2023, hopefully covering up to 39 countries. In this round, we included an extensive module to capture the views and experiences of ordinary Africans regarding climate change and environmental governance. So far, we have data from 20 countries and the negative impact of climate change on lives and livelihoods is clearly a matter of urgent concern. Among those who have heard of climate change, nearly eight in 10 say it is making life more difficult. As a result, fully three-quarters want their governments to take concrete steps to limit climate change, “even if it is expensive or causes some job losses or other harm to our economy.” This includes majorities of those who have heard about climate change in all 20 countries.

Has the spate of coups across Africa in recent years affected perceptions and preferences regarding democracy and accountable governance?

Not exactly. Afrobarometer’s latest findings from the 20 countries where we have data confirm Africans’ continued desire to live under governments that are democratic, accountable and responsive.

Across the 20 countries, solid majorities express a preference for democracy “over any other kind of government” (67%) and reject non-democratic alternatives such as one-man rule (rejected by 81%), one-party rule (79%) and military rule (67%). Clear majorities also endorse core democratic institutions and norms such as parliamentary oversight of the president (65%), media freedom (67%) and limits on presidential tenure (73%). Moreover, preference for accountable governance remains very strong on the continent; more than six in 10 (62%) say that they prefer a government that is accountable even if it is not very effective.

That said, one worrying finding relates to military interventions. Results from the 20 countries show an eight-percentage-point drop in popular opposition to military rule. While a robust two-thirds (67%) still reject military rule, this represents a drop from 75% in 2019/2021. What’s more, less than half (42%) of Africans agree that militaries should never intervene in politics, while a slim majority (54%) are willing to countenance this option if elected leaders abuse power. Unfortunately, and in fact quite troubling, is the fact that willingness to countenance military intervention in politics if elected leaders abuse power is higher (58%) among young people aged 18-25 years. This is a wake-up call for governments and other stakeholders to act quickly and deliver on the democratic aspirations of citizens. That said, it is worth noting that the continued high rates of rejection of military rule noted above also signal that even though citizens sometimes welcome military interventions, they do not endorse the military staying in power.

The COVID-19 pandemic caused a dramatic increase in poverty. What are citizens looking for in the economic recovery?

Your point about rising poverty is precisely what we find. Although COVID-related mortality has been relatively low in Africa, its impact on local and global economies has exacerbated poverty on the continent. Our latest survey results show that the proportion of Africans experiencing high levels of poverty has increased by 7-percentage points in the last six years (from 19% in 2014/2015 to 26% in 2021/2022). The rise in poverty levels is particularly acute in Nigeria, Namibia and Kenya, and likely driven in part by job losses during the pandemic. Our data show that three in 10 Africans across the 20 countries lost jobs as a result of the pandemic.

But Africans continue to give their governments positive marks on pandemic management. Nearly two-thirds (65%) give their governments positive ratings for managing the response to the COVID-19 pandemic “fairly well” or “very well.” The critical gaps lie in citizens confidence in and uptake of vaccines. Just a little over half (52%) of respondents said they had already been vaccinated, and another 21% said they were likely to get vaccinated if vaccines are made available. However, more than one quarter (27%) said they were unlikely to get vaccinated — including more than half of Cameroonians and Gabonese — and the overwhelming reason they cite is lack of trust in the vaccines. Just half (51%) trust their government to ensure the safety of COVID-19 vaccines, raising grave concern that hesitancy about COVID-19 vaccines could derail recovery efforts and even spill over into routine vaccines.

Surveys in most countries — some with overwhelming majorities — reported that corruption has increased in the last year. What’s driving this increased perception of corruption?

It is true that perceived corruption in public sector institutions has increased across most of the countries we have surveyed in recent years. Based on data from the last round of our surveys in 34 countries (2019/2021), more than half (56%) of Africans reported that the level of corruption had increased in their country. This includes overwhelming majorities (more than eight in 10) in Mauritius, Lesotho and Gabon. We see a similar sentiment from the 20-country data that we have in the ongoing round nine surveys. In fact, across 18 countries where we have data over time, the proportion of respondents who said corruption had increased in the last 12 months went up by 7-percentage points between 2016/2018 and 2021/2022.

Does many governments’ lack of effective communication and transparency underpin other issues on the continent, such as trust in democratic institutions and COVID-19 vaccines? Is that an initial step leaders can take in addressing citizens’ concerns?

Overall, government transparency remains limited despite the significant investments in transparency and accountability initiatives that promote freedom of and access to information, as well as specific initiatives on participatory budgeting, open public procurement, and contracting and related matters in the past decade. When we asked Africans across 20 countries in the latest round of the surveys how likely it is that they could get information from their local government or other public institution about a public contract, more than seven in 10 (71%) say it is “not at all likely” or “not very likely,” including well over eight in 10 citizens in Gabon, Sierra Leone and Tunisia.

Government transparency can drive transformational effects that can greatly benefit societies. First, it reduces information asymmetries and provides citizens with the data they need to hold leaders accountable. Second, transparency can protect government actors from pressures to act against the public interest. Finally, transparency could enhance citizens’ trust, increasing the likelihood of consent and cooperation with government policies, including trust in vaccines and support for climate action. To this end, I think transparency is a critical step that governments can take to help make good progress on difficult policy decisions and also address some of the concerns that citizens have.

On January 8, hundreds of protesters fueled by rage over election results invaded federal buildings in Brazil’s capital city Brasília while tens of thousands gathered outside military installations across the country, openly calling for a coup. 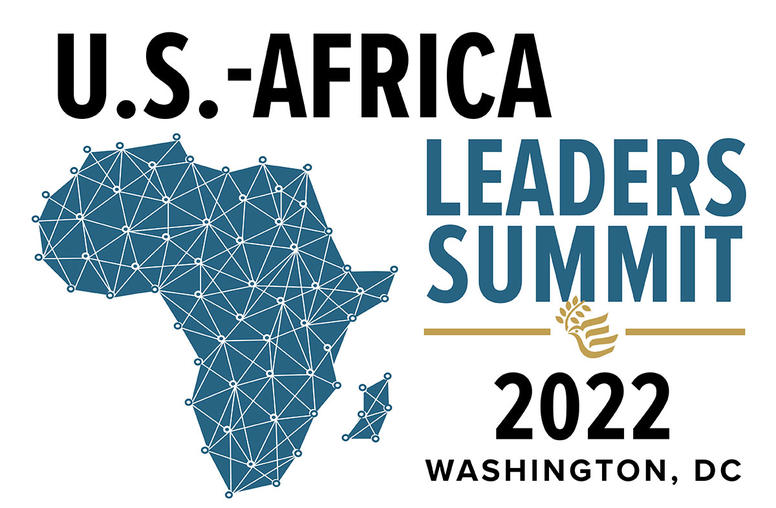 Since hosting the first U.S.-Africa Leader’s Summit in 2014, USIP has assisted the U.S. government in convening and engaging with a broad and diverse audience, including the African diplomatic corps, regional security institutions, civil society organizations, Africa-focused U.S. institutions and the African Union. This enables the Institute to provide a forum for discussion on Africa’s opportunities and challenges, to support peace processes, and to aid frontline peacebuilders. In support of this year’s summit, USIP is engaging directly with the leaders and organizations most important to advancing U.S. national security and economic interests in a region of growing geostrategic importance.