This course provides an overview of key considerations with regard to specific sectors and institutions when working in transition environments, and help practitioners and policymakers determine effective strategies for achieving good governance after conflict.

For countries emerging from violent conflict, it is critical to strengthen accountable and transparent governance institutions to support enduring peace. The need to support effective and representative institutions; to strengthen rule of law and access to justice; to help build capacity toward an effective public administrative system; to support electoral processes; and to create a robust civil society ensuring participation of women and traditionally marginalized groups is fundamental for establishing the foundation of an open and stable society. How can this be achieved, however, in states that have experienced violent conflict? This course will address these fundamental concerns of democratic state practice. A successful strategy for developing effective and “good” governance involves employing a multidimensional and cross-cutting approach to reform. Further, we will distill lessons learned and examine areas around the world to provide the set of tools required to help develop strategies for rebuilding and strengthening governance institutions.

What is the relationship between the rule of law, democracy, human rights and governance? How can legal and institutional reform be used to support and promote democratic practices and governance after conflict? This session explores key challenges and alternative approaches to rule of law promotion in transition environments.

In this chapter, we examine key challenges of timing, sequencing, and the purpose of elections after conflict. There are often trade-offs between inclusion and effective governance in electoral processes. Another key challenge involves the issue of former armed combatants and power-sharing arrangements. We also explore the role of political parties and political-party development after conflict.

In what ways can citizen participation be supported? This chapter examines this and other challenges to democracy building such as developing an independent media and addressing transitional justice initiatives. What are effective tools and approaches that civil society may employ in transition environments? What is the role of the international community in this context?

This course explores key institutions necessary to supporting good governance. In analyzing these institutions and the key principles that support good governance, we may adopt a multidimensional approach to complex transition environments. In formulating a multidimensional approach, we explore the elements that comprise a well-governed society in terms of principles and outcomes, and ways in which disparate sectoral objectives share common mechanisms to help achieve those goals.

As Israel heads toward a fourth elections in two years, USIP’s Lucy Kurtzer-Ellenbogen says the incoming Biden administration will need to engage in a “balancing act” to “navigate this situation and not start off with a rocky, tempestuous relationship.” 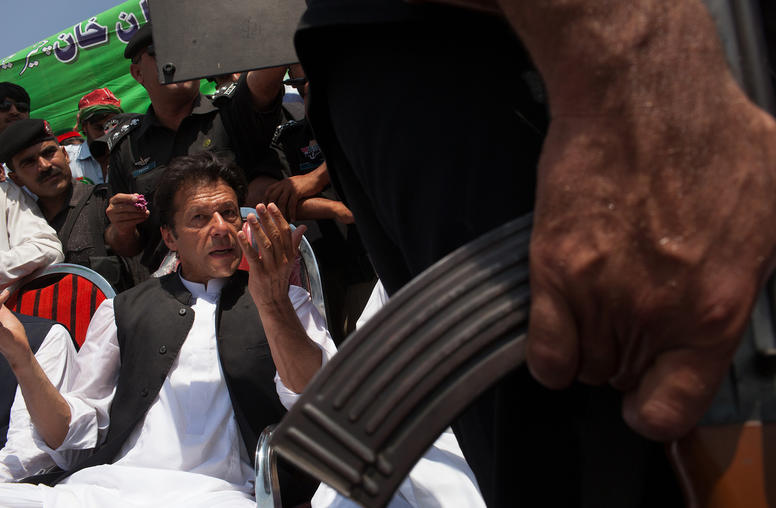 Political uncertainty has descended on Pakistan as the combined opposition, seeking to dislodge the government of Prime Minister Imran Khan, has gathered under the banner of the Pakistan Democratic Movement (PDM). While the conflict may appear sudden, its roots lie in the 2018 general election, which the opposition claims was rigged by the military to carry the Pakistan Tehrik-e-Insaf (PTI) to power. With the government struggling to manage the economy and govern, and the opposition facing further parliamentary marginalization, the PDM has emerged as the most significant challenge to the PTI government so far. The PDM is also seeking to roll back the influence of the military in politics.