By GSM we refer here to individuals who identify as lesbian, gay, bisexual, transgender, queer or intersex, as well as those who do not self-identify with one of these terms, but whose sexual orientation, gender identity or reproductive development varies from traditional, societal, cultural or physiological norms.

Exclusion from the Women, Peace and Security Agenda

Since the U.N. Security Council introduced Resolution 1325 two decades ago to focus on the differential impacts of war on women, the global community has endeavored to engage women in all aspects of peacebuilding. One of the accomplishments is that 92 countries have completed national action plans to more directly ensure that women are both protected and participating in peacebuilding efforts. This inclusive effort, although critical to the long-term goal of gender equality, has presented challenges to bringing a nuanced and more accurate understanding of gender to peacebuilding. At the most basic level, there is still inadequate recognition that women are not a homogenous group, gender is not synonymous with women and gender is not a binary construct.

Ignoring any given subset of women can signal to different actors that some women do not count, do not warrant protection or do not have anything to contribute. The growing work on integrating masculinities into peacebuilding brings attention to ways in which cisgender men, transgender persons and those who are nonbinary are also harmed by patriarchal gender constructs and have a role to play in peacebuilding. Moreover, in presuming that gender is the same as women or that gender is only about women and men, the experiences and perspectives of entire groups of gender diverse persons are rendered invisible, as detailed in a 2020 report by OutRight Action International.

Beyond the WPS agenda, gender and sexual minorities also have a negligible presence in peacebuilding programs, research and analysis more generally. Policy reforms in some countries, for example in the United States, propose strengthening inclusion and openness of some segments of public and government institutions. In January 2021, President Biden revoked the ban on transgender people serving in the military, and more recently, Secretary of State Blinken recognized transgender day of visibility. Policy directives, such as the “Executive Order on Rebuilding and Enhancing Programs to Resettle Refugees and Planning for the Impact of Climate Change on Migration” include gender identity and sexual orientation in considerations of refugee vulnerability. These developments are important and welcomed, but even in the United States there remains a paucity of GSM inclusion policies pertaining to peacebuilding and those that exist may not be implemented in an inclusive manner.

A growing body of evidence detailing GSM exclusion from overall peacebuilding work suggests there is much work to be done. According to the public database of peace agreements created by the Political Settlements Research Program (PSRP), only nine out of more than 1,500 peace agreements between 1990 and 2015 referred in any way to individuals with diverse sexual preferences and gender identities. Likewise, OutRight Action International has documented the limited and closing civil society space for organizations working with GSM. There is little surprise that with few references to GSM in peace agreements, and severe constraints facing civil society programs helping to build community awareness around issues faced by this minority group, Conciliation Resources found that there is strong resistance to GSM inclusion in peace processes and such GSM groups face both financial and legal barriers to participation in peace processes.

Policy arguments for the inclusion of gender and sexual minorities broadly take two forms. One form emphasizes the moral imperative for inclusion while another stresses the pragmatic benefits of inclusion and consequences of marginalization. The former argument frames GSM inclusion as an attempt to right a historical wrong and secure basic human rights. GSM have been harmed by governments over the past century, experiencing abuses ranging from forced sterilization to execution. Discrimination and abuses against GSM occur around the world and many countries continue to limit the inclusion of GSM in civil society and regulate their private lives and their bodies.

The pragmatic argument focuses on how GSM inclusion strengthens peacebuilding overall. Including the experiences of GSM in conflict analysis, for example, renders visible gendered dynamics of power that are critical to understanding conflict and enhancing the efficacy of conflict transformation. GSM-sensitive analysis broadens the understanding of how more aggressive notions of masculinity are intertwined with violent conflict and violent extremism, for instance. Examination of the anxieties around GSM that manifest in various ideologies can also lend insight into some of the most deep-seated assumptions about gender and sexuality, and open the way to anti-discrimination laws, more expansive measures to prevent sexual violence and deeper cultural change. 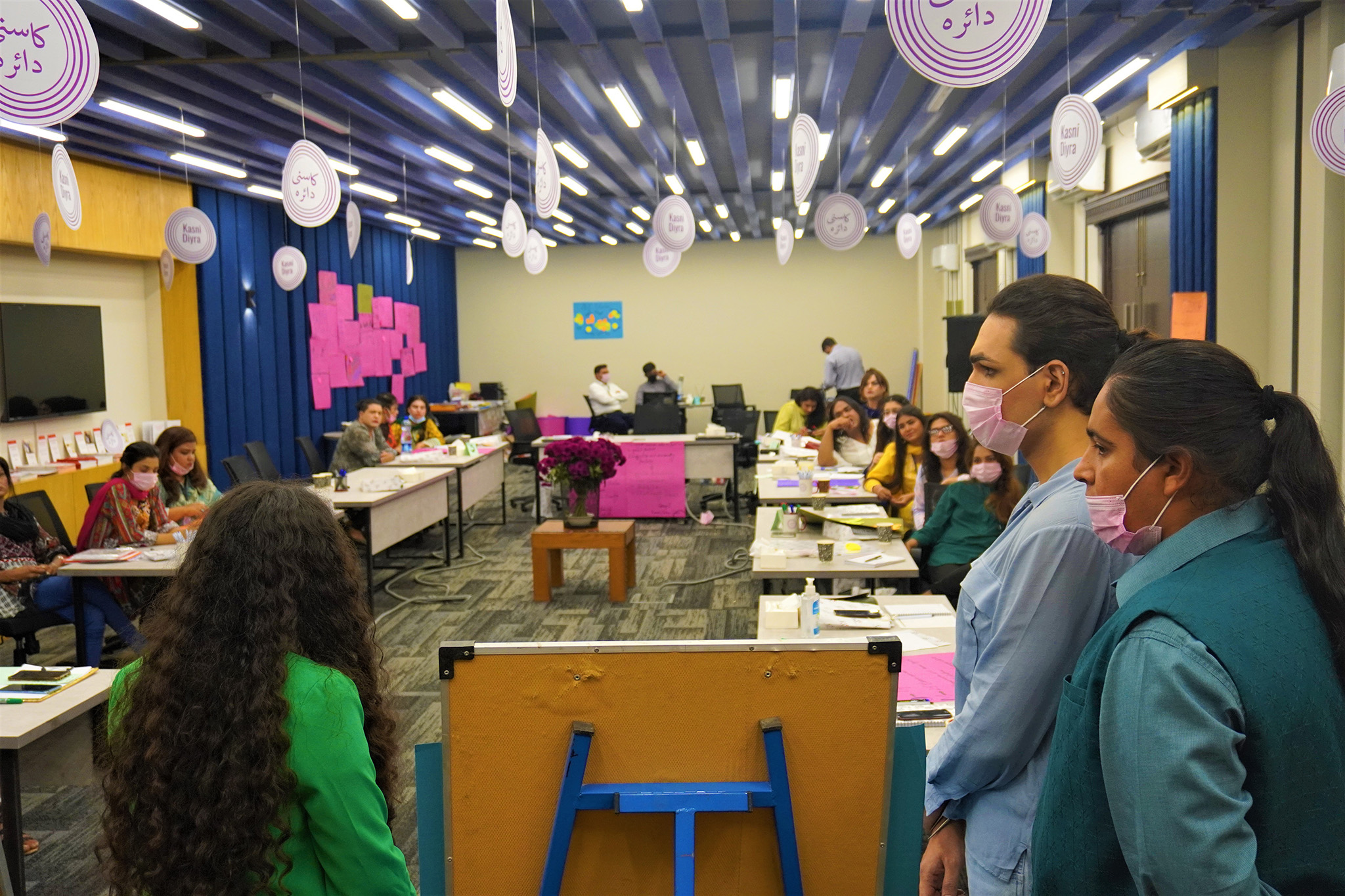 Inequalities and insecurities that GSM face are shaped by conflict and post-conflict dynamics. While it is better understood that violent conflict is gendered and can disrupt gender norms, conflict analyses rarely consider the experiences of gender and sexual minorities. A 2018 PSRP report concludes that GSM security is directly linked to political conflict. Drawing upon the transitional process in Northern Ireland as a case study, the report describes how both political conflict and processes of conflict transformation shape prejudices and inequities surrounding sexuality and gender identity. Persistent prejudices against GSM are often missed by conflict analysis, since the biases are invisibly present in state institutions, including policing, and in civil society, including religious organizations. In Northern Ireland, for example, church services for GSM people were an important building block toward gradually building trust and belonging on the long road to conflict transformation. To address potential insecurities and harms, an expanded conception of human security that incorporates the perspectives of GSM is needed.

Inclusion of gender and sexual minorities in peacebuilding efforts also allows for greater access to the resources of the international community for GSM activists and groups, and the space for them to meaningfully participate. Such groups include distinctive GSM communities such as the Hijra in South Asia, whose history of non-binary gender expression and semi-sacred status stretches back to antiquity. The increase in visibility and participation of such groups raises awareness, among other things, of the mutability of gender as a social construct and possibilities for greater equality through peacebuilding.

An important conceptual advance that supports GSM inclusion is the growing recognition of the importance of intersecting identities. A recent review of the U.N. Security Council’s work on WPS, identified that only 2 percent of all references to women and girls in U.N. secretary-general reports note their intersecting identities, for example, adolescent girls, those with disabilities, indigenous women and girls, older women and GSM.

No one is only a woman, or only poor, or only transgender, or only a member of a religious minority, or only young or only homosexual. The compounding implications of different identities, particularly in conflict situations, are critical to taking account of the relative vulnerability and advantage of different persons and groups. Intersecting identities also inform distinctive perspectives that are critical to inclusive, sustainable peacebuilding. As USIP’s Gender Inclusive Framework and Theory guide notes, the intersecting identities approach takes a relational view of the dynamics in a community, knowing that problems cannot be solved within a silo but must be addressed from multiple perspectives.

Attentiveness to Context and History

Robust inclusion of GSM in peacebuilding programs will drive a sharper attentiveness to local context and history — a prerequisite for more effective action. Where and how GSM inclusion can be incorporated into peacebuilding, and the language, constructs and allies that might be utilized, all require more nuanced understanding of local contexts. Some cultures have unique identities and pre-colonial histories that entail more expansive understandings of gender and sexuality, such as the Hijra and the kathoey in Thailand, who have a religious conception of their gender expression. In this instance, discrimination against GSM coincides with violation of religious freedom in a way not commonly considered.

Recommendations for the Peacebuilding Field

Norms for and approaches to GSM inclusion, and the necessary capacity for and sensitivity to GSM, need to be strengthened. With many organizations now embracing a more serious approach toward diversity, equity and inclusion, this is an opportune time to take stock internally of where we stand on GSM inclusion in peacebuilding and what meaningful steps we can take to improve our track-record as a field. Because of long-term discrimination against gender and sexual minorities, many GSM people may avoid pursuing work in government or at established peacebuilding NGOs. GSM peacebuilding colleagues need a safe workplace with greater opportunities to express their perspectives, including as experts on think tank panels, and intentional efforts to ensure equitable inclusion not only in headquarters but also in their field offices.

A step toward greater integration in the field is to ensure funding for gender and sexual minorities-specific research and fellowships that focus on GSM topics, in addition to upholding gender diversity and sexual orientation as a specific category of non-discrimination. Mainstreaming GSM inclusion allows organizations to utilize the already existing ambitions of peacebuilders, as illustrated through such initiatives as the Women of Color Advancing Peace and Conflict Transformation’s “WCAPSisOut” initiative. GSM inclusion may mean altering onboarding processes to be more GSM friendly or may mean expanding a field program to include GSM activist organizations as partners in pursuit of peace. Finally, there are already GSM people and expert allies involved in peacebuilding who have ideas about GSM-related initiatives but have restrained from sharing these ideas. The time is now to bring visibility of and voices to the concerns and contributions of gender and sexual minorities to the peacebuilding field.

Julia Schiwal is a researcher for the Religion and Inclusive Societies program at the U.S. Institute of Peace.

Mere days after the United States failed to meet the May 1 troop withdrawal deadline stipulated in its 2019 deal with the Taliban, the militant group began launching major attacks on Afghan security forces and taking control of administrative districts. While disputed, some estimates suggest the Taliban now have control of half of the districts across the country. The violence has already wrought a heavy toll — and women and girls have borne the early brunt. 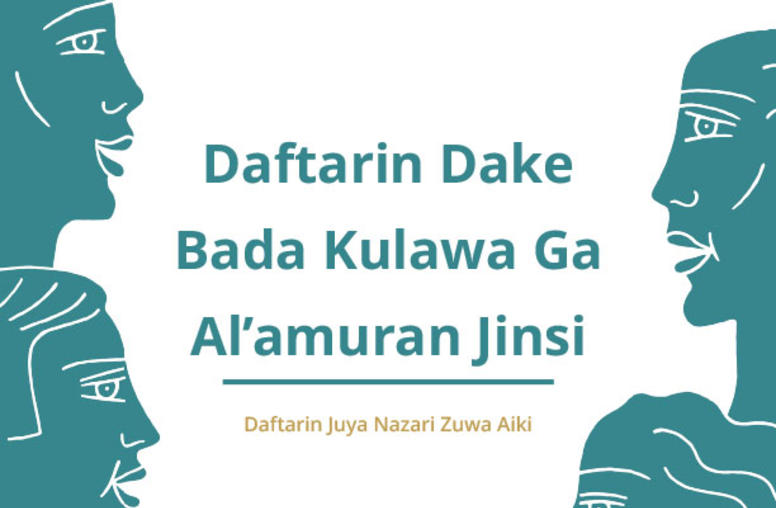 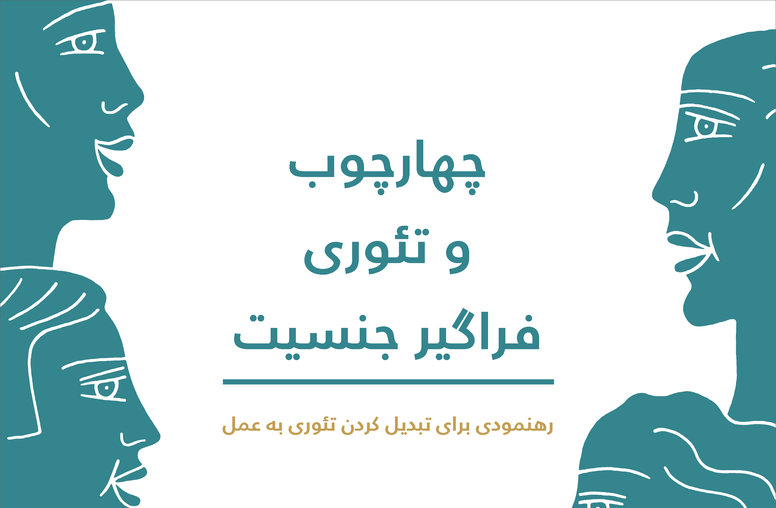 (Dari) The Gender Inclusive Framework and Theory (GIFT) guide is an approachable and thorough tool that facilitates the integration of gender analysis into project design. Because peacebuilding work is context dependent, the GIFT puts forth three approaches to gender analysis – the Women, Peace and Security Approach; the Peaceful Masculinities Approach; and the Intersecting Identities Approach – that each illuminate the gender dynamics in a given environment to better shape peacebuilding projects.