Without question, the role of the media in peace and conflict is becoming ever more important. While terror groups like IS have been proven effective in their use of media for their sinister agendas, has the rest of the world caught up?

As media technologies advance, so too must our strategies to responsibly and effectively harness their power. Sadly, in some cases in the Middle East and North Africa, media have been employed, by both regimes and terrorists, as a tool to cause harm, incite violence and fuel dangerous narratives.

With conflict and seemingly unending turmoil ravaging the region today, the role of media is as important as ever in documenting and exposing citizens around the world to the realities on the ground. However, strict requirements and seemingly impossible lists of legalities and compliances imposed by authoritarian regimes result in the suppression of ideas and stories that run counter to the official narrative.

This is especially true in states where the government has cracked down on publications that are critical of their policies, which they describe as “fake news.” Too often journalists are targeted for illuminating injustice at the hands of harsh regimes in the region; regimes that are finding it more and more difficult to keep the world in the dark in the modern technological era.

It is not surprising then that the region suffers from a lack of access to credible and reliable information; the result of amateurs taking up journalism as part of “democratization” combined with the unfortunate reality that serious journalists are co-opted by regimes to spread disinformation that aligns with official narratives. It is also challenging to decipher fact from fiction, as competing political agendas and international interests try to direct narratives and sway public opinion in their favor.

The mix of digital technology, unscrupulous politics and commercial exploitation of the new communications landscape highlights the need for a revised framework of ethics, essential for rebuilding public trust in journalism and media; a framework that reasserts that the core values of accuracy, independence and responsible reporting that have evolved over the past 150 years remain as relevant as ever.

The Media’s Power to Build Peace

In a recently co-hosted conference in Tunis, Tunisia, the United States Institute of Peace and Al-Hurra Television partnered to address this complex issue and discuss recommendations for how the power of the media can be better employed to promote peacebuilding initiatives and resolve conflict in the region.

By enhancing cooperation and coordination among local, independent media outlets in the region to create networks for knowledge sharing, their influence and strength would be consolidated and magnified.

Additionally, by educating media practitioners in the region about the critical role they can play in building peace, promoting solidarity and understanding among communities in conflict with one another, they can challenge narratives of hatred and the use of violence as legitimate means to an end. Empowering media practitioners to embrace this role is essential, and there is a great opportunity for the international community to play a role here.

With ever advancing media technologies, there are countless creative ways to elevate moderate voices and promote positive chronicles of peace and conflict resolution to change harmful narratives.

Looking at the long-term, the region would benefit from developing and delivering media education to communities, beginning from an early age with a focus on using such skills for peacebuilding initiatives and innovatively combatting hate speech. With ever advancing media technologies, there are countless creative ways to elevate moderate voices and promote positive chronicles of peace and conflict resolution to change harmful narratives.

Finally, and most essentially, governments of the region must provide the space for peace journalism to flourish to mitigate conflict and reduce tension, embracing the positive role that peace journalism can play in bridging divides. Getting violent and paranoid regimes to provide greater space for independent voices is a major challenge, as the trend line has tended to go in the opposite direction since the so-called “Arab Spring,” toward greater control and even intelligence service dominance over the media.

Certainly, media alone cannot reverse decades of deep-seated conflict and turmoil in the region, but it can in fact catalyze modest strides toward understanding, empathy and humanizing the “other.”

Restless masses throughout the Middle East are deeply unhappy with the status quo, as demonstrations from Algeria to Iran have made abundantly clear. Despite massive repression and regime media manipulation, many of the old lies don’t seem to work anymore. The region is indeed hungry for truthful representations of its own history with conflict and for accurate depictions of the consequences and human toll of the violence that has devastated the region. Without it, future generations are likely to repeat it. 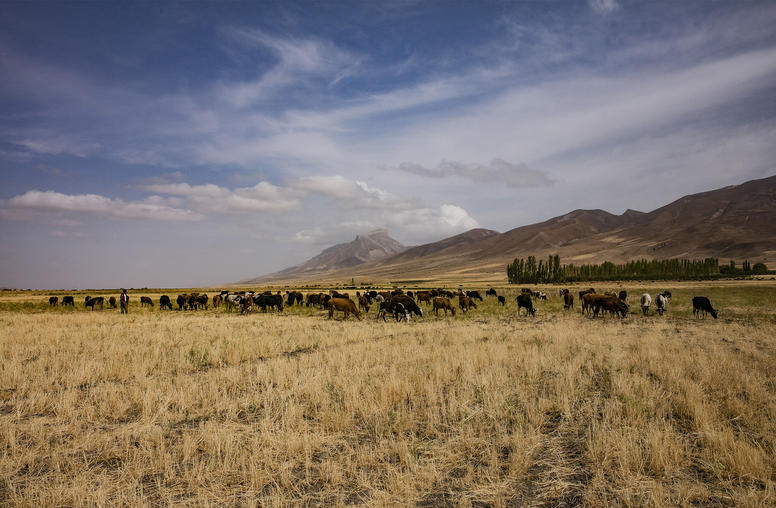 The Russian invasion of Ukraine has left the five republics of Central Asia in a bind, but none more so than Tajikistan, a fragile country that depends on Russian troops and remittances for stability. As former Soviet republics, Central Asian states all enjoy special relations with Moscow and are considered traditional allies of the Russian Federation. The invasion of Ukraine — another former Soviet republic — raises urgent questions for Tajikistan about how to meet Russian expectations of support from Dushanbe in the face of global outrage and condemnation.