As USIP and the public radio program America Abroad opened the first of a series of town hall discussions on global issues, moderator Joshua Johnson, a prominent public radio host, posed a straightforward question: "What, exactly, is a fragile state?" he asked USIP President Nancy Lindborg.

“Fragile states can’t manage the inevitable shocks that come with natural disaster or conflict,” said Lindborg as the show was recorded March 21 at USIP. They can’t take care of their citizens or provide security. Their often-repressive governments may be seen as illegitimate. Their internal crises—mismanaged or unmanaged—spiral into violence. “This is at the heart of what we’re seeing with a lot of the unrest and crisis around the world,” Lindborg said.

For the next hour, Lindborg and two co-panelists, Kimberly Kagan, president of the Institute for the Study of War, and Ilan Goldenberg, a Middle East expert at the Center for a New American Security, ranged across events in Syria, Iraq and Libya, and parsed the direction of American foreign policy in addressing failed, failing and fragile states.

The event was taped for future broadcast on America Abroad, a monthly program on foreign affairs distributed by Public Radio International. The discussion will also air on 1A, the nationally broadcast public affairs program that Johnson hosts at Washington, DC public radio station WAMU.

Below are edited responses by the panelists to some of Johnson’s questions:

Goldenberg on why Americans need to care about fragile states

The conflict in Syria has led to massive refugee flows into Europe and has influenced U.S. politics. You’ve had attacks in Paris, the influx into Germany; you can directly tie the refugee crisis to Brexit, to the election of right-wingers across Europe and populist movements there.  And all these things are now weakening the core for basic American security—for the world order since 1945 that has kept the world stable and kept us from new world wars and major conflicts. All of this to some extent can be tied back to what’s happened in Syria over the past six years.

Kagan on whether the Trump administration has changed U.S. policy with respect to the use of “hard” and “soft” power in fragile states and Syria

Hard power and soft power are both necessary in many circumstances. Each has its role. I wouldn’t say the Trump administration is pursuing a hard power strategy in Syria. In fact, we see extraordinary continuity between President Trump and President Obama, mainly an effort to expel ISIS from its territorial control, a backing of the Kurdish groups that have fought with us, an effort at international diplomacy that was begun under President Obama. I think neither had a robust enough humanitarian or civil society or military approach.

Lindborg on how to secure peace from military success

The most important answer lies with our military personnel. What you hear from our retired four star generals is that what happens after the fight is as important as what happens during the fight. We need to be sure that we can continue to have development and diplomacy tools fully available. In Iraq, we just concluded yet another campaign. The temptation now is to leave. But now is when some of the really, really important, hard work happens for which you need those “soft” tools. But I would say there is nothing soft about them in terms of the importance of rebuilding not just the physical infrastructure but the human infrastructure, the ways societies need to heal so they don’t fall back into violence.

Goldenberg on the administration’s current policy regarding “nation-building” vs. “creating conditions for stability.”

One thing I think we can do is lead. The world listens to us more than anyone else because we are the most powerful country in the world. That means if going to encourage others to throw money at the problem, you’ve got to throw money at the problem. The idea that if we pull back others will chip in and we’ll get the Gulf states to do more—which is often what we do in the Middle East—well, they watch what we do, and they will invest based on what we invest. Because what they care about as much as helping people in Syria is wielding influence in the United States. They see what our priorities are and they try to mirror them.

Lindborg on how the U.S. addresses the threat posed by fragile states

We are very reactive. We respond to crises after they become far more complicated and cause so much more suffering. We’ve actually been escalating humanitarian and peacekeeping assistance over the past five years at a great rate. Nobody has cracked the code on how to prevent conflict from becoming so violent, but we can certainly do a better job of it. The last four administrations have identified state fragility as a key security threat, yet we haven’t invested and organized in a way to deal with it more effectively. And what you see is that when states become fragile they become far more vulnerable to international and regional powers getting involved and messing it up. So the more that we don’t pay attention, the greater the disorder we are going to see. American leadership is key.

Our international order is based on the understanding that borders should be changed only through international instruments. And so whatever they are, the U.S. and the international community have very firm interests in making sure borders aren’t moved by force. Recall that ISIS ploughed up the border between Syria and Iraq. It had important symbolism to them. Today we have the Syrian regime, the Syrian opposition and Iraqi state all trying to re-establish the map as it was, not as they might like it to be. I’ve always been struck when I was in Iraq and Afghanistan that while we may think their borders are fictional notions, their people today have a very clear concept of what their state is, and it’s linked to the borders on their flag.

Lindborg the moral obligation of the U.S. to play a greater role in Libya

It goes well beyond a moral obligation. I think there’s a security rationale to being more engaged in bringing greater peace and stability to Libya. The meltdown in Libya has had a profound impact in the Sahel, on Tunisia, which shares a long border, and on trade in illicit goods and movement of terrorists are through its territory. At same time, the conditions in Libya underscore the importance of alliances and partnerships. So I do think we should be engaged but can and should do it with strong partners who share our views, our values and our vision for what the pathway forward  for Libya might look like. 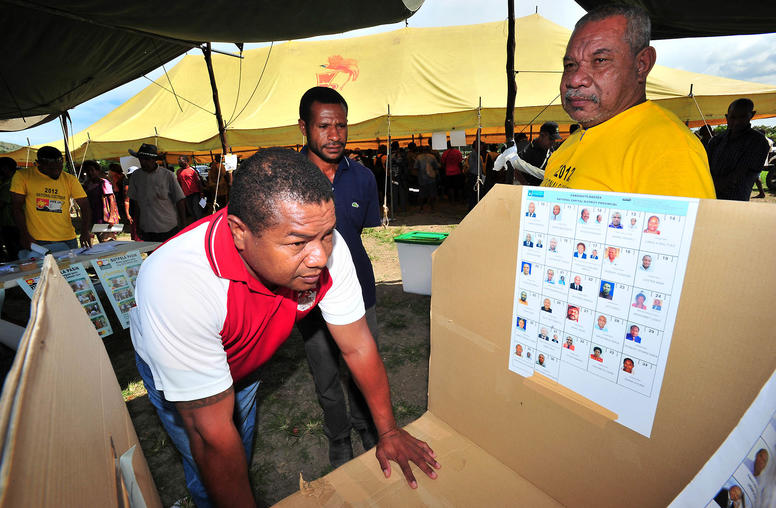 Policymakers are urgently seeking ways to reverse the erosion of democracy in fragile states exemplified by the past year’s surge in military coups in and around Africa’s Sahel region. To halt this decline, it’s vital to listen to African voices urging that international partners make the most of a powerful pro-democracy tool: increased foreign investment built upon the rule of law.