Mahmoud Khalil embodies resilience. In 2011, he was preparing to enter a university in Aleppo, Syria, when war broke out, forcing him to flee to Lebanon. Instead of starting school, he became a refugee day laborer. Five years later, at 22, he is completing university studies while helping to educate more than 4,000 Syrian refugee kids through programs he has shaped to provide scholarships, vocational training and distance learning.

Fatima Askira is a brave, 26-year old Nigerian woman from Borno, in the zone of northeastern Nigeria most ravaged by Boko Haram. As the extremist group attacked villages, burned schools and abducted hundreds of girls, Fatima founded the Borno Women Development Initiative to combat extremism, rescue women and children victims, and reintegrate female former Boko Haram combatants into their families and communities.

I could go on and on. Mahmoud and Fatima are just two of 25 extraordinary youth leaders from 10 conflict zones around the world who joined the U.S. Institute of Peace for two days of dialogue on peace leadership with His Holiness the Dalai Lama in Dharamsala, northern India.

It was a privilege to meet the Dalai Lama, a Nobel laureate and spokesperson for peace. At the same time, the power of the youth leaders was extraordinary. And the palpable magic during the meeting came from the combination—energetic, strong, driven female and male youth leaders connecting with a wise, insightful elder reflecting on his own challenging, well-lived life.

For two decades, a global movement has grown to strengthen peacemaking by including a wider range of players in peace processes. Grass-roots organizations, scholars, diplomats and other experts have pushed governments and the United Nations to include women and youth in efforts to end violent conflict and build security. Myriad international resolutions and national plans push for greater inclusion. The hard evidence that this diversity yields more successful peace processes has even penetrated Washington’s frequent political gridlock. Congress and the Trump administration in October enacted a law ordering U.S. agencies to include women in America’s peacemaking efforts.

Yet discourse on the roles of young people and women amid violent conflicts is severely imbalanced. News coverage, and even many scholars and policymakers, speak of youth populations in countries facing violence largely as a threat. A general fear is that youth, particularly young men, will be prone to radicalization and violence. At the same time, women and girls frequently are pictured as helpless victims of violent conflict.

The Power of Youth Leaders

In Dharamsala, the standard narratives were flipped on their head.

The positive power and potential of male youth was on full display. Barak Musa, a 28-year old Sudanese from Darfur, is helping thousands of Sudanese youth reintegrate into their villages after having been uprooted by warfare. To counter extremism amid Afghanistan’s war, Nangyallay Nang, 30, is promoting mutual acceptance across the cultural divide between students at secular universities and religious madrassas. Tin Maung Htwe, a Burmese youth leader, is advancing human rights protections for ethnic minorities in Myanmar. Colombian David Salas was 21 when he created Somos CaPAZes, a volunteer organization that teaches peace to schoolchildren; his organization has reached over 12,000 young Colombians.

The women who met the Dalai Lama were equally a portrait in female strength and leadership. South Sudan’s Aluel Atem, 26, created a women’s development organization, Crown the Woman-South Sudan, and helps other civil society organizations advocating for women’s and children’s rights. At 24, Victoria Ibiwoye leads One African Child, a multinational non-profit she created in 2013 to provide education and empowerment for thousands of children in Nigeria and beyond. At 21, Lourd Hanna, a Chaldean Christian physician, is leading efforts to advance inter-religious understanding in Iraq’s Kurdistan Region. Gharsanay Amin, 21, created the Global Youth Development Initiative, to provide mentoring and training for kids, particularly girls, across Afghanistan.

Equally, the Dalai Lama was visibly moved and energized by the youth leaders’ stories and their work. He urged them: Go into the world and become little Dalai Lamas. Turn hundreds of thousands of others to work for world peace. The power and potential of youth peacebuilding leadership was on glorious display. 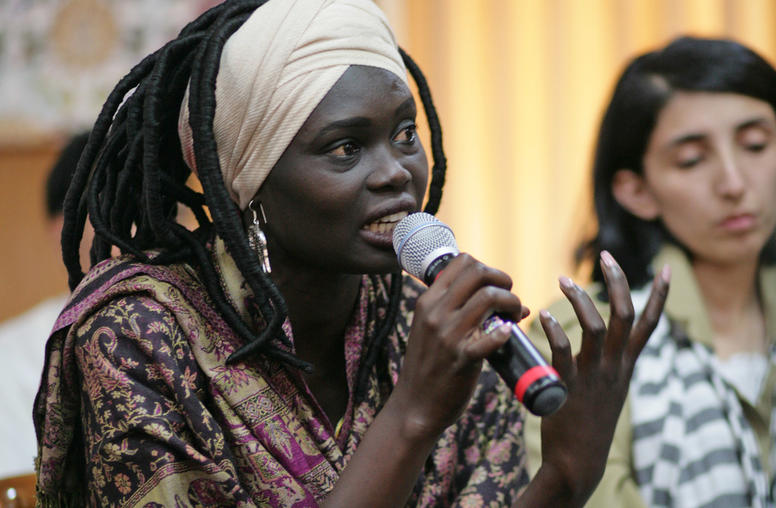 Until the adoption of UN Security Council Resolution (UNSCR) 2250 in 2015, the international community had no comprehensive framework with which to address the specific needs and opportunities of a key demographic group—young people. This report presents the findings of a meta-review assessing fifty-one youth projects supported or implemented by USIP between 2011 and 2018 and offers recommendations for continuing to develop and support peacebuilding activities with effective engagement, cooperation, and flexibility among civil society organizations and funders.

When violent conflict erupts, young people are often among the most impacted. Indeed, globally, one in four youth are affected by conflict and violence. But their voices are frequently among the most marginalized in efforts to prevent or resolve conflict. Young men are regularly depicted as the perpetrators of violence and young women are portrayed as victims. This narrative severely discounts the important role young people play in building peace. Research shows that peace processes are more successful when they are inclusive and in many conflict-ridden societies youth account for a large percentage of the population, making their participation all the more vital. A new United Nations Security Council resolution passed in July aims to enshrine the critical role of youth in building peace. 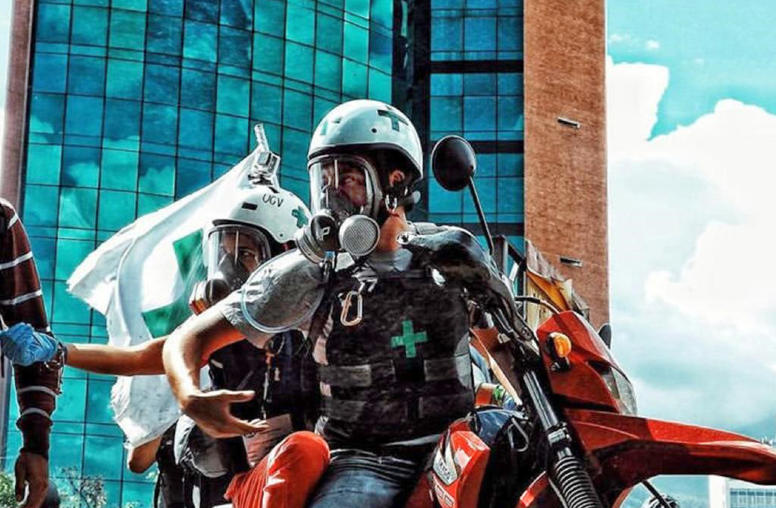 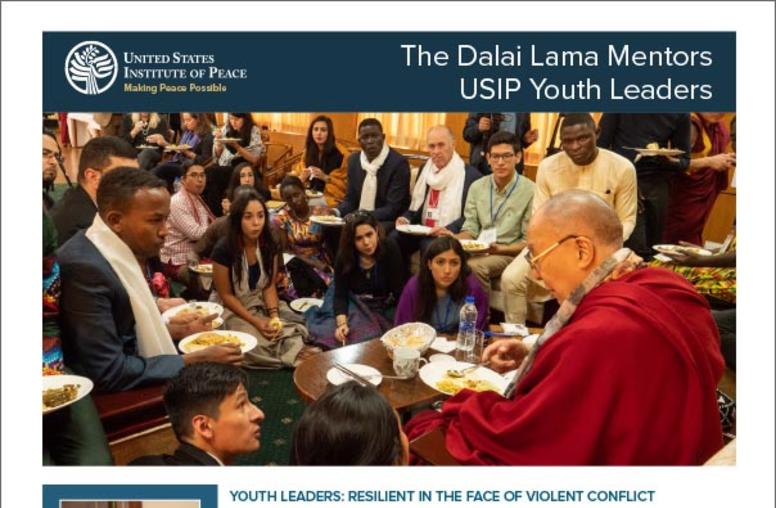