"Chairman Graham, Ranking Member Leahy, and distinguished members of the Committee. It is an honor and a privilege to have the opportunity to appear before you today -- and especially to do so with my friends and colleagues Madeleine Albright, Jim Kolbe, and Vin Weber.

With the permission of the Committee, I would like to offer a few thoughts about the critical role of democratic values in America's foreign policy and what is required for democracy assistance to succeed in the world of today.

America has always been about its principles. Its history has been the record of its struggle to realize these principles at home and to advance them abroad.

Freedom, democracy, human rights, and the rule of law are the very DNA of this nation. Most every nation on earth was formed on the basis of a common language, an accepted culture, or a shared ethnic identity.

America was not. It was formed on the basis of a set of principles that were enshrined in its founding documents, embraced by its citizens, and that have attracted immigrants from all over the world. And because the founders of this nation believed that “life, liberty, and the pursuit of happiness” were endowed by their Creator to “all men [and women]”, these principles applied not just to Americans but to men and women around the world.

Political democracy and free markets were at the core of the rules-based international order that America and Europe created in the aftermath of World War II. And every war that America has fought since that time has been fought in the name of advancing the cause of freedom, democracy, human rights, and the rule of law.

America has never accepted the idea that it had to choose between its democratic principles and its interests. This is a false choice. Advancing freedom and democracy in the world also advances American interests. For a world that reflects these principles, is more likely to be a world in which America -- and Americans -- can thrive and prosper.

It is also more likely to be a world of peace and security. Nations operating on democratic principles are better able to manage internal conflict so that it does not become violent and tear apart families and communities, undercut economic progress and development, and spark regional and even international violence.

This is why programs to advance justice, security, and rule of law in fragile states, to foster inclusive societies, and to promote free and fair elections unaffected by electoral violence are so critical.

The organizations represented by the witnesses before you today all engage in this important work. It is critical to developing and sustaining durable and peaceful democracies. And it is critical to avoiding the violent conflicts that too often have required U.S. military intervention, with all its attendant costs in lives and treasure.

Let me give you just three quick examples from the work of the U.S. Institute of Peace, whose board of directors I chair.

Thanks to the active support of this Committee, in 2017 USIP will be able to increase its work in Tunisia, Iraq, and Nigeria. Your support will be even more essential in 2018, to ensure that USIP and the other organizations represented before you today can continue their critical work in support of America’s national security and its men and women in uniform.

Traditionally America has sought to advance its democratic principles through these kinds of programs and through partnerships with non-governmental organizations. Some of these programs and partnerships have now come under popular suspicion and governmental pressure even from some of America's traditional friends and allies. Democracy seems to be on the defensive, and freedom on the decline.

Certainly part of the problem is that democratic governments, have in too many cases, failed to deliver. Plagued by corruption, cronyism, and lack of competence, they have not provided the level of services, prosperity, or security expected by their citizens.

But we must recognize that a major factor has also been the emergence over the last decade of an active campaign by authoritarian governments to discredit democratic principles both in their own societies and abroad. They offer alternative models of governance based on nationalism, authoritarianism, and state capitalism as better able to provide stability, security, and well being for their people.

There are other factors as well that have contributed to the current disillusionment with democracy. The failure of the Arab awakening in the Middle East and the descent of too many of those states into chaos, carnage, and civil war has played a role. Many citizens of Europe and the United States suffer from a crisis of confidence, uncertain whether democratic principles still work for them.

America’s response to these developments has been inadequate. We are currently losing the global struggle between democratic values and authoritarianism.

What is to be done?

We should actively support those international organizations like the Community of Democracies and the Open Government Partnership that promote democratic norms and principles.

We should actively support those regional organizations like the Organization of American States and the African Union whose missions include promoting democratic institutions and principles among their members.

We should recognize that while advancing democratic values abroad is very much in America's interest, it is not America's only interest. Fighting terrorism, countering proliferation, resisting aggression, protecting the homeland, and promoting economic growth and stability are also priorities. In specific situations, trade-offs will have to be made.

We should certainly reform and make more effective those organizations and programs that promote democratic principles. But deep, arbitrary, and across-the-board cuts in their budgets risks throwing the baby out with the bath water.

We should support the growth of local civil society as the bottom-up foundation for democratic societies. But we must not discredit these organizations in the eyes of their fellow citizens or subject their members to harassment, imprisonment, or worse.
We should empower individual citizens and citizen groups with new communication and social media technologies and applications to expose corruption and to hold their governments to account.

We should ensure that U.S. programs and activities cannot be criticized as partisan or favoring one political faction over another. They must be inclusive and available to all who support democratic principles and foreswear extremist violence.

Promoting democratic principles is especially challenging when America's traditional friends and allies are the ones cracking down on U.S. programs and partnerships seeking to advance these principles.

Selective public exhortation to adopt more democratic practices certainly has a role. But such public exhortation should also be coupled with public reassurance of American support and concrete steps to help address the legitimate security concerns of these countries. This may make more effective U.S. private encouragement to open up their political systems.

Congress has an important role to play here. As a former NSC colleague recently suggested to me, for a U.S. ally facing a terrorist threat, conditioning security assistance on meeting difficult to achieve human rights benchmarks can be counterproductive. For the United States risks finding itself either having to cut off aid to the government, thereby running the risk of terrorist violence destabilizing the country, or of having to certify that the government is making more democratic progress than is actually the case.

An alternative approach could be for Congress to incentivize positive behavior by identifying the steps it would like to see and then periodically holding public hearings to assess progress. This may better achieve the democratic progress on which peace and stability ultimately depend.

Finally, to promote democratic principles effectively abroad, we must show the world that the principles of freedom, democracy, human rights, and rule of law are working effectively here at home.

A positive American example may not cause entrenched authoritarian leaders to see the light, but it will inspire their people and give them hope.

What can we do?

We can fix the American political and economic systems here at home. We can overcome partisan gridlock. We can show that our political system can reach bipartisan consensus and solve the problems facing the country – whether it is the tax system, the health care system, our deteriorating social and physical infrastructure, or exploding entitlement programs. We can show that our economic system can produce inclusive economic growth on a sustainable basis that benefits all Americans.

Fixing the America system at home will help restore the American brand abroad and counter the narrative of the authoritarian states that democracy is dead and buried.

Thank you for your time and attention.

The views expressed in this testimony are those of the witness and not the U.S. Institute of Peace.

Former Chair, Board of Directors 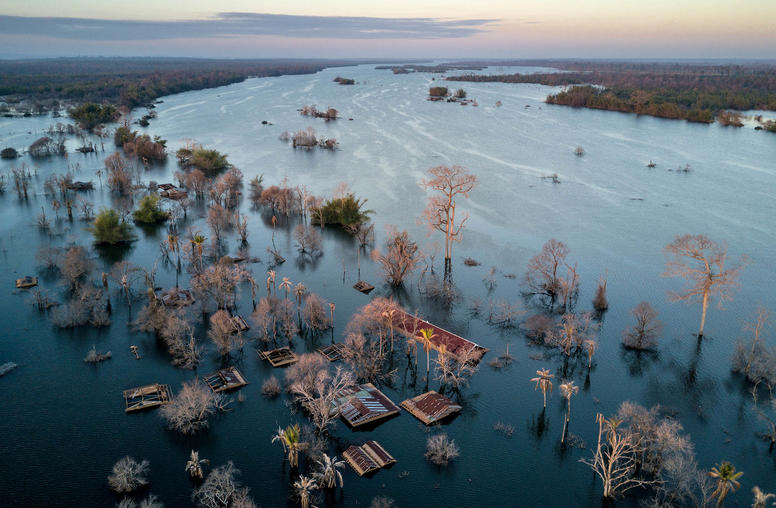 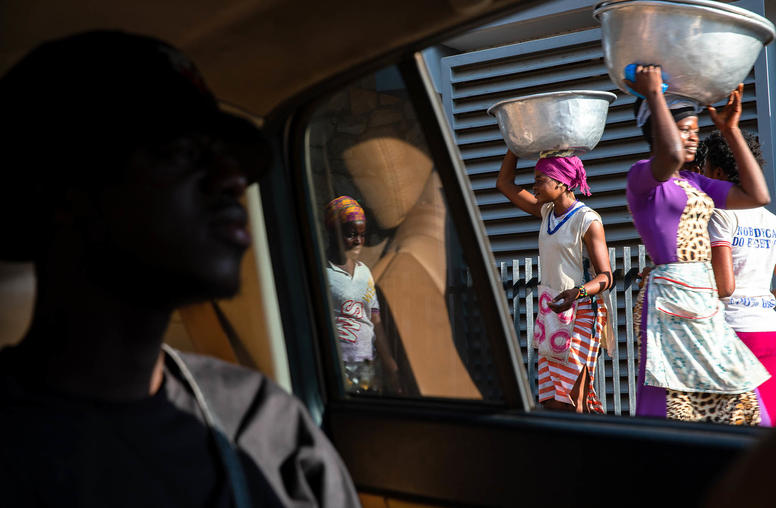 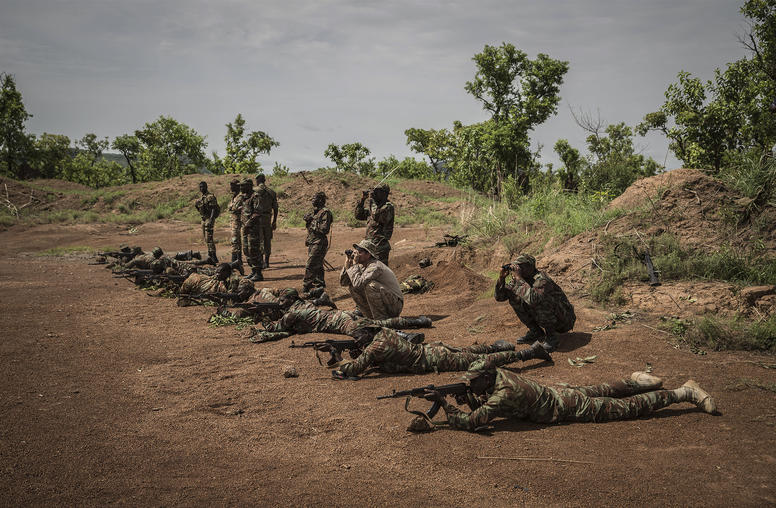