Dr. Donald N. Jensen is the director for Russia and Europe at the U.S. Institute of Peace.

He joined USIP after four years with the Center for European Policy Analysis, where he was a senior fellow and editor in chief. Dr. Jensen writes extensively on Russian domestic politics and Russian foreign and security policies. He also specializes in the domestic and foreign policies of other post-Soviet states, especially Ukraine, Georgia, and the Baltic republics.

Dr. Jensen received his bachelor’s from Columbia University and his master’s and doctorate from Harvard University.

With Russian forces reportedly shifting focus to Donbas, USIP’s Donald Jensen says, “Overall the Russian military has been unmasked to be … quite a bit more of a paper tiger than expected. But that doesn't mean they're not dangerous or effective in some places.”

For the first time in 20 years, USIP's Donald Jensen says we've seen cracks in Russian elites' allegiance to Putin: "While they're still amorphous and not very organized, they're clearly unhappy." And if the war drags on and losses mount, "Putin has a big, long-term problem on his hands." 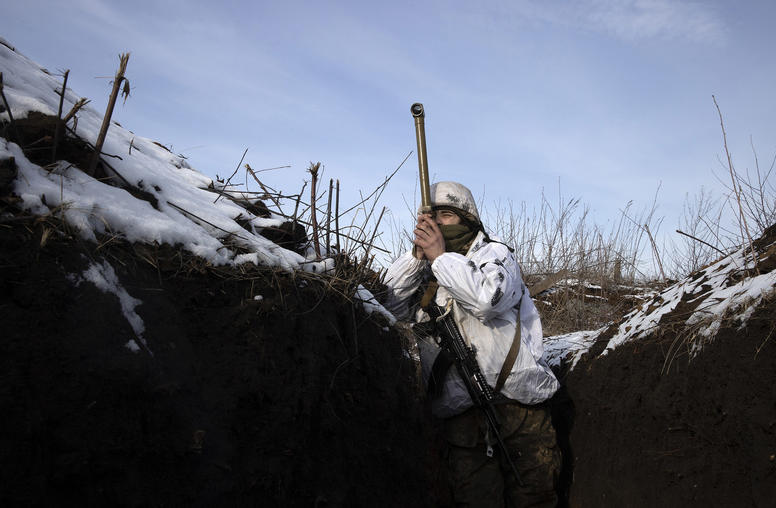 What started last week as a protest against fuel price increases has quickly turned into a nationwide movement that is taking aim at Kazakhstan’s elite political and economic leaders — in particularly, the semi-retired former President Nursultan Nazarbayev, whose continued role in political affairs has become a focal point of popular discontent. The demonstrations have become increasingly violent in recent days, as protesters clash with Kazakh police and Russian military personnel have been brought in at the request of Kazakhstan’s president. USIP’s Gavin Helf and Donald Jensen discuss where these explosive protests came from, Moscow’s increasing role in the crisis and where Kazakhstan goes from here.

With Prisoner Swap, US And Russia Return To Time-honored Rite