Ukraine is fighting to save its young democracy—militarily against Russian-backed forces in the East, and politically, economically and socially against corruption and power struggles everywhere. Ukraine’s democratic development depends in part on its ability to maintain unity. That means healing the divides between East and West, especially in the face of the 2014 Russian annexation of Crimea and the subsequent incursion into the Donbass region. The U.S. Institute of Peace raises awareness of the issues in U.S. policy circles and supports Ukrainians in strengthening the bonds between citizens forced to flee the fighting in the East and their host communities in the West.

In the wake of the Euromaidan protests that toppled the government of Viktor Yanukovych in 2014, Ukrainian activists and civil society organizations have pressed hard for anti-corruption reforms and greater openness and transparency in the public sector. Five years later, however, corruption remains a fixture of civic life—and a majority of Ukrainians believe the fight against corruption has been a failure. This new report reviews the changes that have taken place in the anti-corruption movement since the Euromaidan and identifies practical actions the international community can take to support reform efforts in Ukraine.

Following his election observation, Taylor discusses Volodymyr Zelenskiy’s victory and how he can build support at home and abroad. “The president-elect is already getting a lot of support from the international community,” and if he implements the pro-Western policies he advocated during the campaign the U.S. will continue to strengthen bilateral ties, says Taylor. 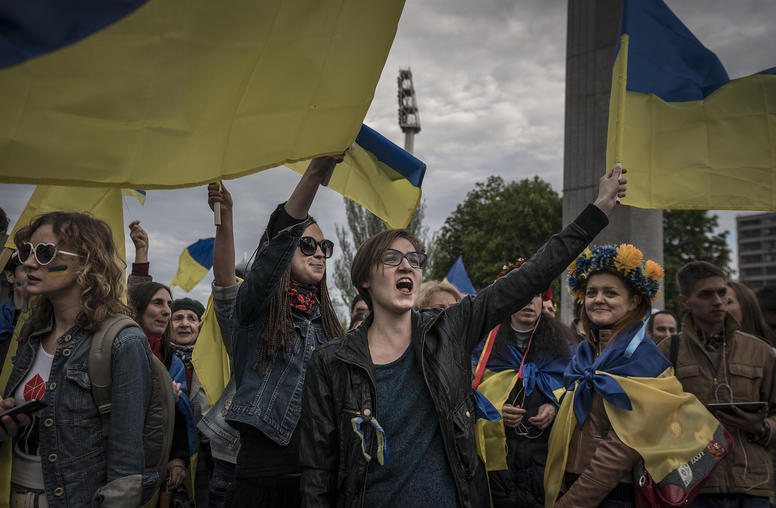 Over 35 million Ukrainians are eligible to choose their next president on March 31. However, several million voters in Russia-annexed Crimea and rebel-held parts of east Ukraine will not be able to vote, demonstrating how the conflict with Moscow looms large over these elections.

The Ukraine-Russia Summit: An Unproven Chance for Peace

The presidents of Ukraine and Russia will meet the...

Ukraine just held a political earthquake. Here’s how to respond.

In electing a political newcomer as president, Ukrainians...

Ukraine’s Presidential Vote: Free but Not Yet Fair

As Ukraine Builds a Church Independent of Russia, It Must Prevent Violence

News from Ukraine is focused on its startling presidential...