It’s been over a month since President Trump became the first sitting American president to set foot in North Korea. After months of stalled talks, this third Trump-Kim meeting was greeted with optimism, as the two leaders agreed to resume working-level negotiations. Not only have those talks not started up again, but North Korea has since conducted several missile tests in what many experts believe is a bid to maintain pressure on Washington and Seoul. USIP’s Frank Aum and Ambassador Joseph Yun look at what these tests mean and the prospects for progress in the rest of 2019.

What is North Korea trying to signal or accomplish with these latest tests? And who are those messages aimed at?

Aum: North Korea has been clear that it is disappointed by the U.S.-South Korea decision to move forward with the August Dong Maeng 19-2 joint exercise. Pyongyang believes this joint exercise—which is a modified version of the previous Ulchi Freedom Guardian exercise—is a betrayal of President Trump’s promise at the Singapore Summit to cancel military exercises.

So, North Korea’s recent short-range missile tests and unwillingness to begin the working-level negotiations agreed to by President Trump and Chairman Kim at Panmunjom on June 30 are protests against the exercises. They are also a response to South Korea taking possession of U.S. F-35 stealth fighters, which North Korea believes can be used in covert “decapitation” operations to take out the regime. It is also possible that North Korea conducted the missile tests for normal research and development purposes as well as to gain leverage heading into future talks.

Where do the working-level negotiations agreed to in July stand?

Aum: It is likely that working-level negotiations won't proceed while the Dong Maeng exercises continue through the first three weeks of August. That being said, I think that the working-level meetings will happen at some point because the two sides are still very much invested in reaching some sort of deal in the near term to make progress on denuclearization, sanctions relief, and other confidence-building measures.

Also, a CSIS study suggests that the military exercises have no effect on U.S.-North Korea relations, with the state of relations prior to the exercises being the primary determinant of North Korean behavior after the exercises. Since relations were relatively positive before the exercises, coming out of the June 30 Trump-Kim meeting, I think relations will likely pick up where they left off.

Do you expect any progress on nuclear negotiations this year after the August U.S.-ROK joint exercises?

Yun: Yes, I believe both President Trump and Kim Jong Un want the engagement to continue. So, I do expect we will have working-level meetings soon after the August joint exercises end. This will likely lead to another Trump-Kim summit at the end of the year or early next year. It wouldn't surprise me if the two sides reach an interim agreement that includes a freeze on North Korea’s nuclear program, an end-of-war declaration, security guarantees, exchange of liaison offices, people-to-people exchanges, and some partial sanctions relief. This would essentially be the interim deal that many people were hoping for at Hanoi in February. 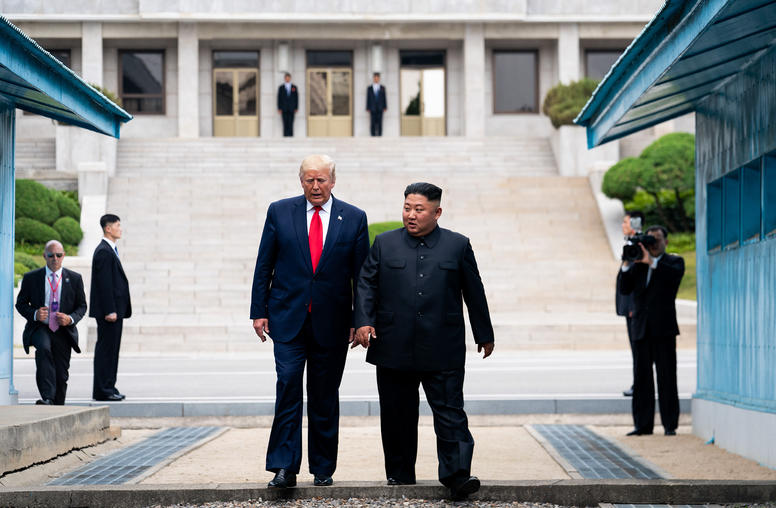