The United Nations Security Council recently acknowledged that peace in Colombia is at a “critical juncture,” as the implementation of the 2016 peace agreement with the Revolutionary Armed Forces of Colombia (FARC) is facing uncertainty and the peace process with the National Liberation Army (ELN) has been suspended in the aftermath of their January terrorist attack in Bogotá.

Under President Iván Duque’s administration, Colombia has made progress implementing the FARC peace accord. But noteworthy challenges remain, including the upcoming closure of the ex-combatant reintegration sites and the limited advancements in coca crop substitution and rural land reform.

Though the Special Jurisdiction for Peace (JEP) has continued to investigate FARC kidnappings and military extrajudicial killings, among other things, its neutrality has been questioned and congressional debates linger over the court’s legal framework. Meanwhile, the killing of social leaders, the crisis in neighboring Venezuela, and the imminent decision regarding the extradition of former FARC negotiator Jesús Santrich loom heavily. For its part, the ELN has yet to embrace the unilateral concessions demanded of it by the government to reconsider future peace talks.

Following a December visit from Colombia’s Senate Peace Commission, please join the U.S. Institute of Peace, the Inter-American Dialogue and the Woodrow Wilson Center for a public conversation with five prominent members of the country’s House of Representatives Peace Commission. The ad hoc legislative bodies provide unique fora to foster political consensus around peace. Take part in the conversation on Twitter with #ColombiaPeaceForum. 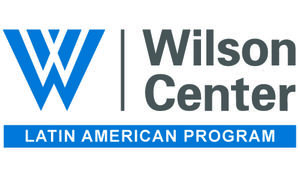 Steve Hege, regional deputy director for Latin America, testified on July 1, 2021 at the Tom Lantos Human Rights Commission's hearing on "Protests in Colombia." His expert testimony as delivered is presented below.