Hondurans made history on November 28, electing leftist Xiomara Castro as the country’s first woman president. In a country plagued by political instability and polarization, Hondurans also demonstrated how presidential power should be transferred in a democracy as Castro graciously received her conservative opponent, who then issued a statement calling for “reconciliation and unity.” The new government faces enormous challenges, including high rates of criminal violence, endemic corruption, chronic food insecurity and irregular migration. Castro could be tempted to cut political and ethical corners in managing them. But the record numbers of voters last weekend showed a strong desire to work on the country’s problems at the ballot box, not through violence or extra-legal means.

USIP’s Mary Speck looks at President-elect Castro’s background, her incoming government’s priorities and what the Honduran election means for Central America and the United States.

Who is Xiomara Castro? What kind of change does her government promise for Honduras?

Xiomara Castro de Zelaya’s Liberty and Refoundation Party — or LIBRE (“free” in Spanish) — ran on a platform pledging to construct a “socialist and democratic state.” A self-described revolutionary, Castro has nonetheless said her government will be inclusive, reaching out to business groups during her campaign with promises to strengthen the rule of law, promote investment and avoid tax increases.

She has also vowed to address corruption and organized crime, in contrast to the scandal-ridden regime of President Juan Orlando Hernández. The LIBRE platform includes creation of a new international commission against impunity and corruption under the auspices of the United Nations.

The Hernández government and the Organization of American States (OAS) created a similar mechanism in 2016 to contain civil unrest following reports that officials had embezzled $300 million from the Social Security Institute. But the Honduran congress refused to renew the mission’s mandate in 2020, claiming it violated the country’s sovereignty.

U.S. prosecutors have linked Honduran government officials to organized crime, including President Hernández, who featured as a co-conspirator (unnamed but easily identified) in his brother’s trial on drug trafficking charges. (Tony Hernández is now serving a life sentence in the United States.)

Castro comes to office with baggage of her own. She is the wife of former president Manuel Zelaya, who was overthrown by a coup in 2009 after his government tried to call a referendum on rewriting the constitution in defiance of the Honduran Congress and Supreme Court. The president-elect has also called for a constituent assembly, though to do so legally she needs approval by two-thirds of Congress.

That could be difficult. Although Castro won the presidency, she may not be able to push radical reforms through a divided Congress. Any attempt to bypass the legislature would revive the accusations of authoritarianism that led to her husband’s ouster.

Honduras is a major source of irregular migration to the United States. What drives the exodus and what is the Biden administration doing to curtail it?

U.S. border patrol encounters with Central American migrants traveling in families increased dramatically in the 2021 fiscal year. Relative to its population, Honduras sends more migrants to Mexico and the United States than either Guatemala or El Salvador. Many migrants cross Mexico in caravans, moving largely on foot, because they are too poor to travel safely by any other means.

Poverty and insecurity are the main drivers of migration. Honduras is the second poorest country in Central America (after Nicaragua) with a per capita income of about $2,400. Although killings have declined in recent years, it remains one of the world’s most violent countries with a homicide rate of 38 per 100,00 people.

The bloodshed is especially intense in and around the country’s two largest cities, Tegucigalpa and San Pedro Sula, where street gangs battle for control of lucrative rackets such as extortion and retail drug sales. Murder rates are also high along international drug trafficking routes. The country is a transshipment point for cocaine, which leaves South America by boat and often lands in Central America before heading overland through Mexico.

To make matters worse, the country has suffered repeated hurricanes and persistent droughts linked to climate change. This has heightened food insecurity and rural migration. Researchers have found that rainfall shortages in Honduras are associated with family unit apprehensions at the U.S. border. Subsistence farmers who can no longer live off the land often move first to cities and then flee abroad to escape urban violence.

Honduras is losing its youth, and not just those from extremely poor families. A June 2021 survey of secondary school students found that more than 55 percent intended to emigrate after finishing their studies. The drivers of youth migration are multiple: from the desire to find better jobs or reunite with family members to the fear of violence, discrimination and political instability at home.

The Biden administration’s “Root Causes Strategy” would provide Honduras and the rest of Central America with $4 billion over the next four years to address the poverty, insecurity and corruption that drives migration. The United States and the Honduran government would both benefit from close cooperation on an agenda to promote public security and human development. But it’s up to the new Honduran president and Congress to prove they can work together effectively so their citizens can seek a better future at home, not abroad.

What does the Honduran election signify for Central America and for the United States?

Despite a general election campaign marred by violence, voting, ballot counting and victory celebrations were largely strife-free. More than two-thirds of Honduran voters went to the polls, the highest turnout since 1997 and well above the numbers voting in the still-disputed 2017 general election, which the Organization of American States declined to certify, citing “marked irregularities.” Despite some glitches, the 2019 electoral reforms — including creation of a new National Electoral Council — appear to have established a more credible process, though votes for congressional representatives and local officials must still be counted.

The prospect of a peaceful transfer of power is welcome in a region where support for democratic institutions has been declining. Hondurans are especially disillusioned. According to a 2021 survey of Latin American countries, Hondurans were the least likely to believe democracy is the best system of government and the most likely to support military rule if things get difficult.

But the high turnout on November 28 suggests that Hondurans still have faith in democratic governance. That’s good for the United States, which can now work with a potentially stronger partner to counter the violence, corruption and deprivation that are sending waves of migrants abroad.

Twelve years after the coup that toppled her husband, Xiomara Castro de Zelaya has the chance to fortify representative governance, offering democratic renewal in a region better known for democratic backsliding. 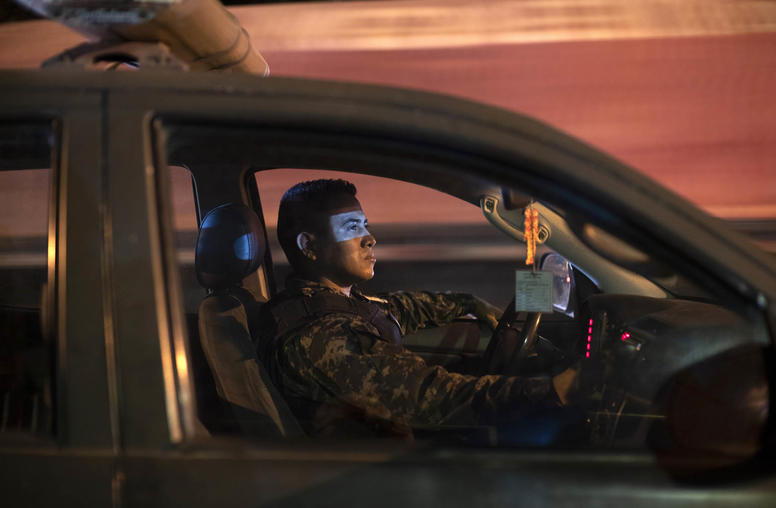