As climate change amplifies weather disasters and destabilizes food and water supplies, recent research is confirming its effects on the global south: Our planet’s warming is weakening already fragile states, increasing the risk of violent conflicts and accelerating human displacement and migration. Like any global shock, it is putting poorer nations most at risk. The United States and the international community can counter these rising hazards by setting basic priorities in assistance programs. Among these are to target cities with a strategy that helps local populations adapt to climate change and manage conflicts nonviolently, and to strengthen regional organizations’ abilities to tackle fragility problems.

Disasters such as those linked to the changing climate — more storms, floods, droughts, heat emergencies and massive fires — often ignite conflict and violence by threatening people’s sense of stability. Longer-term trends, while less dramatically visible, reduce accessible water supplies and crop yields, and open new vectors for disease — all changes that will risk further violence. Poorer countries, lacking the resources to manage such traumatic changes, face the greatest hazard. The impact of climate change already threatens the development gains of recent decades in many countries, and even the global efforts to reduce climate change can exacerbate the risk of conflict.

Research is accumulating to support the idea that climate change is exacerbating the existing challenges of fragile states and is increasing the risk of violent conflict. One survey of estimates by 11 disparate sets of experts found them suggesting that climate change has increased the risk of armed conflict within countries by anywhere from 3 percent to 20 percent over the previous century. The experts agree that this risk will rise as climate change advances. Another analysis surveyed 25 studies on climate events and human migration, of which 23 found a statistically significant correlation between worsening climatic conditions and displacements of people. Such displacement is often correlated with increases in social and economic tensions and risks of violence if the migrants are not integrated into their host communities.

An Increased Focus on Cities

The United States and its allies can counter these rising risks by setting some basic priorities in how they partner with developing countries on climate change. One step is to maximize the impact of international assistance by targeting cities with a strategy that helps local populations both adapt to climate change and manage conflicts nonviolently. Global pressures, including those from climate change and widening social and economic inequalities, converge in cities.

Rapid urbanization, notably in the global south, already has heightened the risks of mass uprisings in cities, as growing populations strain government services and widen inequalities. Amid cities’ concentrated populations, groups with grievances organize more easily for collective action. The consequences of climate change will exacerbate these dynamics, making mass uprisings even more likely with destabilizing consequences not only for cities but for nations and regions.

The increased vulnerability of fragile countries to both disasters and violence has contributed to the displacement of the highest number of people worldwide ever recorded — about 82 million. Half of these now live in urban areas. Research increasingly suggests that climatic changes are accelerating the problem of rural people losing livelihoods such as farming or herding and making the difficult decision to leave home to survive. Sixty-two percent of migrant families surveyed in India, Bangladesh and Ghana cited economic difficulty as their primary reason for leaving their homes and 80 percent associated environmental factors with more insecure livelihoods.

Climate and migration intersect in urban slums: a disproportionate share of migrants move from rural regions to seek employment in cities, only to find themselves living in slums built in locations vulnerable to floods, landslides and other effects of climate change. This in turn increases risks of violent conflict in cities and can lead people to migrate out of their home countries altogether. In Central America, climate change and the increase in extreme events such as hurricanes has played an important role in driving rural people to migrate to cities. But then, urban violence encourages migrants to leave again, often to international destinations. Research from Mexico shows that, while lack of economic opportunities figures large in migrants’ explanations about why they migrate, it is personal exposure to violence that drives their actual decision to leave.

Yet collaboration on responding to environmental risks can be a powerful unifier, and responding to climate change may be even more so. For example, an initiative to build urban green spaces in post-conflict Colombia has increased social cohesion in communities with significant percentages of displaced peoples.

A potential tool in our efforts to reduce armed conflict driven by climate change is to integrate that work at regional levels, across national borders. Neither fragility nor the effects of climate change necessarily recognize national boundaries. While the politics of any given nation contribute to its fragility in a specific way, many other elements of fragility are agnostic of borders, including the risks to human security from a warming planet.

In the absence of migration, an estimated 30 percent of the global population in 2070 will live in areas that experience a mean annual temperature currently only found on 0.8 percent of the Earth’s surface. Rising temperatures in the subtropics have already exceeded the 35 degrees Celsius wet-bulb temperature, beyond which severe heat-related health impacts are possible and human society as we know it will become increasingly difficult to maintain. Oman, the United Arab Emirates, Saudi Arabia, Pakistan and northern South Asia include millions of people who face the most extreme high temperatures. This crisis alone is likely to lead to region-wide displacement and migration in South Asia, sub-Saharan Africa and Latin America. The World Bank projects that, within sub-Saharan Africa alone, climatic changes will force between 57 million and 86 million people to migrate from their homes by 2050.

Climate impacts on natural resources that support human security are also likely to be regional. Many people first experience climate impacts through water supply, and climate change could significantly alter the flow of water in major river systems that cross borders — such as the Indus and the Brahmaputra in South Asia or Africa’s Nile. Although past research has suggested that countries rarely go to war over water and instead find it an important opportunity to build cooperation and improve relationships, these assumptions may no longer hold in more extreme situations.

Overall, climate change increases our need to strengthen the abilities of regional organizations such as the Economic Community of West African States or the Association of Southeast Asian Nations. Strengthening regional institutions — notably their capacities to manage conflicts nonviolently and to build regional cooperation — may be one of the strongest possible approaches to addressing climate change risks in fragile countries and regions. 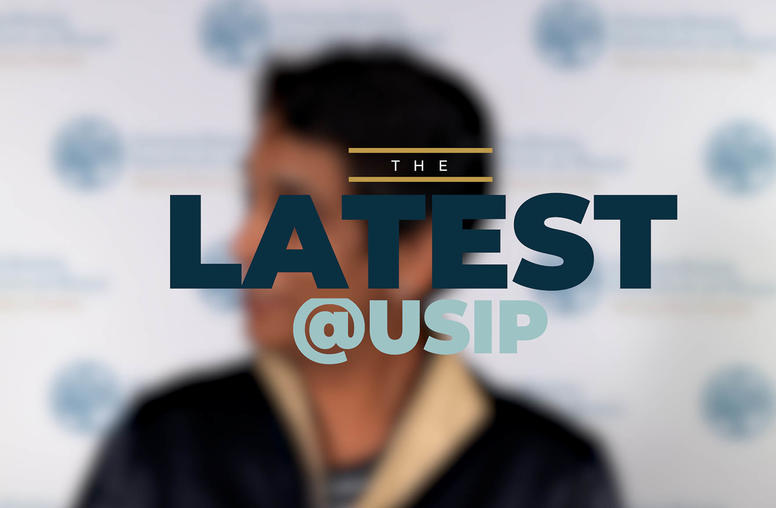 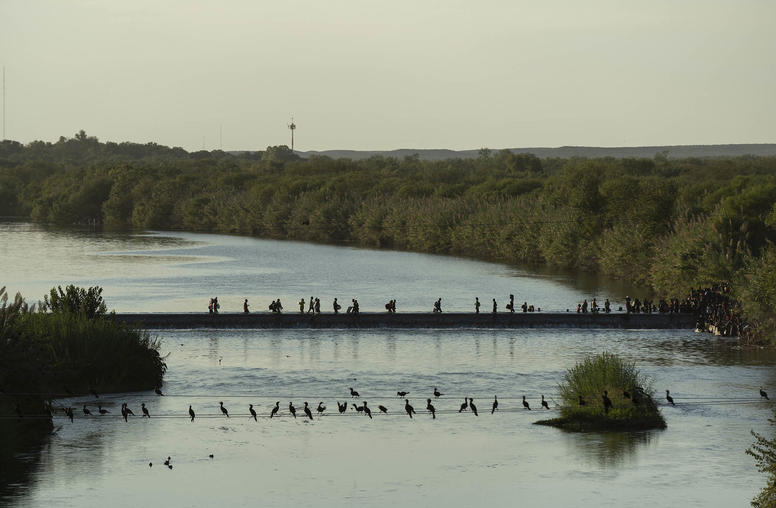 Annual migrant apprehensions at the U.S. southwestern border have surpassed 2 million, breaking previous fiscal year records. The flows (which include large numbers of repeat crossers) have grown increasingly multinational in recent years, including Haitians trying to escape their country’s violence and poverty, along with Cubans, Nicaraguans and Venezuelans fleeing a combination of economic misery and political repression. Mexicans seeking better paid work in the United States also continue to cross the border in large numbers, as they have for generations.