The Biden administration should commit to the Afghan peace process but seek an extension of the May troop withdrawal deadline stipulated in the February 2020 U.S.-Taliban deal, said the bipartisan Afghanistan Study Group. “If we walk away, we’ll leave behind chaos, if not civil war,” said General Joseph Dunford, a co-chair of the commission and former chairman of the Joint Chiefs of Staff. In a report released on Wednesday, the Study Group said, “the United States must elevate the importance of the conditions allowing the withdrawal of U.S. troops.”

Should the U.S. Stay or Go Now?

Afghan peace negotiations began in September 2020 after long delays following a February 29 agreement between the United States and the Taliban. Although they have made little progress, the talks represent the best chance to bring the decades-old Afghan conflict to a close. “I want to underscore that this call for a negotiated peace … really represents a new approach,” said Nancy Lindborg, a co-chair of the Study Group and former U.S. Institute of Peace president and CEO. “And it’s not a negotiation for the cover of a rapid or time-based withdrawal.” A conditions-based approach would not only help lay the groundwork for a stable, peaceful Afghanistan but secure vital U.S. interests in the region, said the report.

The Study Group does not recommend an endless troop commitment. “It’s not whether we leave, but it’s how we leave,” said former Senator Kelly Ayotte, a Study Group co-chair.

The Biden administration has a short window to decide how it will move forward. NATO defense ministers will meet later this month and are expecting the United States to make its plans clear. Administration spokesmen said on Wednesday the Biden administration was still reviewing the U.S.-Taliban deal and plans to support the Afghan peace process, but that no decisions had yet been made on U.S. force posture after May.

Dunford, Lindborg, and Ayotte spoke at a USIP-hosted online event to launch the Study Group’s report, in a conversation moderated by the Washington Post’s David Ignatius.

Established by Congress in December 2019, the bipartisan Afghanistan Study Group was charged with devising policy recommendations that consider how a peaceful settlement of the Afghan conflict—or the lack thereof—would impact U.S. interests. "The Study Group’s recommendations make clear that the purpose of existing international troops is to create the conditions for a successful peace process, not fight a ‘forever war,’” said Scott Smith, an Afghanistan expert at the Institute who served as the lead writer of the report.

The report proffers five core recommendations that call on the United States to: clarify its end state in Afghanistan; explicitly reinforce the conditionality of final troop withdrawal; clarify its commitment to the Afghan state and its defense and security forces; conduct an active diplomatic strategy to ensure the success of peace talks; and implement a new, overarching regional strategy. Ultimately, “A withdrawal would not only leave America more vulnerable to terrorist threats; it would also have catastrophic effects in Afghanistan and the region that would not be in the interest of any of the key actors, including the Taliban,” the report said.

What About the U.S.-Taliban Deal?

According to the Study Group, the United States must make clear to the Taliban that they have not fulfilled the conditions in the U.S.-Taliban agreement under which a U.S. withdrawal can take place. Just last week, Pentagon spokesman John Kirby said the Taliban have made it “that much more difficult for final decisions to be made about force presence by their reticence to commit to reasonable, sustainable, and credible negotiations at the table.”

The deal, known as the Doha agreement, called for the Taliban to move forward with peace talks with the government in Kabul, and eventually enter into a cease-fire. There was also an understanding that the start of the talks would lead to a reduction in violence levels. But as Afghan peace talks have been mired in disagreements over the basic procedures and agenda, the security situation continues to deteriorate. While there were changes in the patterns and nature of violence in Afghanistan last year, “2020 has been as violent … as 2019,” reported the Afghanistan Analysts Network, with the Taliban battering Afghan forces across the country. On the transnational terrorist front, “it looks to me that ISIS is still a threat,” said Dunford, who previously led U.S. troops in Afghanistan, and the Taliban have yet to cut ties with al-Qaida.

The Taliban have threatened that any extension of the U.S. troop presence would result in a return to attacks on American forces. But the United States still has leverage over the group, even if the Taliban rejects the argument that it has not met the conditions of the Doha agreement. Afghanistan is heavily reliant on international donor support. If a political settlement is reached and the Taliban are included in a future government, that government will need to adhere to the conditions donors laid out at a 2020 conference in Geneva. Dunford pointed to other sources of U.S. leverage: the Taliban also want international recognition as a political movement and relief from sanctions.

“The Taliban have so far tried to run out the clock on U.S. troops, encouraged by a perception that the United States was more concerned about getting troops to zero than on conditions that would lead to a stable political order without terrorist safe havens,” said Scott Worden, who directs USIP’s Afghanistan programs. “The Study Group’s report urges the Biden administration to keep troops as leverage to ensure that terrorist groups cannot attack the United States from Afghanistan after our forces leave.”

USIP has conducted research on key issues that will need to be addressed in the peace process to help negotiators and others with an interest in Afghanistan to facilitate a political agreement and a peaceful Afghanistan.

The contours of a post-conflict Afghan state, however, are for Afghans to decide. Still, the report endorsed the importance of preserving the hard-won democratic gains Afghans have made and underscored the importance of inclusive governance to build and maintain Afghanistan’s stability. Lindborg underscored how vital Afghan civil society has been in reaching democratic gains. According to the report, “Our long involvement in Afghanistan has resulted in achievements that are in our interest to preserve.”

By shifting its approach to supporting the peace process and laying the groundwork for a functional Afghan state, the United States can help maintain these achievements. “In the past, some of our lines of effort have in fact undermined the ability to build a more legitimate, less corrupt [Afghan] state,” said Lindborg. By aligning U.S. policy in Afghanistan with the Global Fragility Act (GFA), the United States can help build a less corrupt Afghan state that no longer fuels but redresses grievances, Lindborg added. The GFA called for a new approach to combat extremism and fragility with a whole-of-government approach to address the underlying drivers of violence.

If a peace agreement is reached, “There will have to be support from the international community to help Afghanistan with their institutions,” Ayotte said.

An Emphasis on Regional Diplomacy

All of the major players in the region—China, Russia, Iran, India, Pakistan—agree they do not want a long-term U.S. presence in Afghanistan. “But there is also a regional consensus that it is in nobody's interest to have a destabilized Afghanistan that has plunged back into civil war and becomes a haven for violent extremists,” said Lindborg.

Regional diplomacy should be refocused to support the peace process by keeping allies and partners engaged, encouraging stakeholders to play a constructive role, putting pressure on the Taliban and Afghan government to continue peace talks in earnest, and laying the foundation for Afghanistan’s integration into the region.

“The Study Group rightly recognizes that Afghanistan is as much a challenge for the region as it is for U.S. foreign policy and that a lot can be gained by working more with our allies on a regional diplomatic strategy to encourage a political settlement that benefits overall security,” said Andrew Wilder, the Institute’s vice president for Asia.

Afghanistan lies at the heart of energy-rich Central Asia and energy-deprived South Asia and its stability opens the possibility for cooperation that links these two regions. The report noted that the U.S. focus on Afghanistan “has impinged broader geopolitics interests in the region.” Thus, “One of the longer-term objectives of the Group’s recommendations is to calibrate our commitment in Afghanistan in the context of broader strategic considerations, particularly with regard to China, India, Iran, Pakistan, and Russia,” said the report.

Newly released household data paint a bleak picture of the ongoing human tragedy in Afghanistan and how the Afghan people are adapting as best they can to economic decline and draconian social restrictions, while perhaps benefiting from better security.

Afghanistan’s Taliban are escalating restrictions against women, sending armed men into girls’ classrooms and forcing staff to inspect girls’ bodies for signs of puberty to disqualify them from further schooling. Afghan women report Taliban enforcers beating women whom they find wearing Western-style pants beneath their regime-mandated outer robes. The Taliban are intensifying these assaults in response to women’s rights campaigns in Afghanistan and Iran, and amid their own struggle to consolidate power. The Taliban’s intensifying violations against women risk mass atrocities and may presage greater violent extremism and threats to international security. Policymakers must respond. 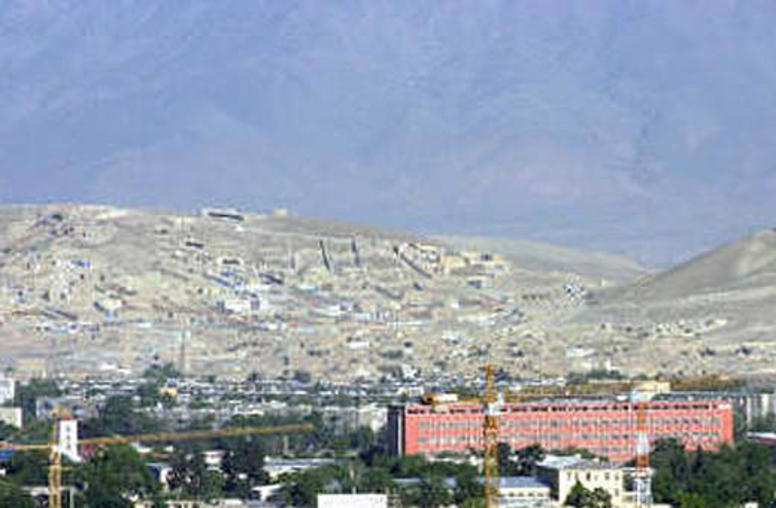 The congressionally mandated Afghanistan Study Group (ASG) was charged with identifying policy recommendations that “consider the implications of a peace settlement, or the failure to reach a settlement, on U.S. policy, resources, and commitments in Afghanistan.” After ten months of extensive deliberations and consultations, the ASG submitted its report containing forward-looking recommendations to Congress, the Biden administration, and the public.