In the midst of the COVID-19 pandemic, concerns about international religious freedom continue to exist, especially as state lockdowns have made it even harder to monitor its status.

Moolenaar and Suozzi made religious freedom the theme of the National Prayer Breakfast in February. The event “highlighted stories of religious minorities around the world who are doing very good works in the face of oppression,” said Moolenaar. The late U.S. Rep. John Lewis (D-GA), who was battling pancreatic cancer at the time, delivered the closing benediction in a taped message. “We were just so grateful to have him provide that spirit of unity rite to close the National Prayer Breakfast,” said Moolenaar. Lewis passed away on July 17.

“Religious freedom and faith are partners in peace that will make our world a better place,” he added.

Highlighting USIP’s research on the ways in which violations of religious freedom contribute to conflict, Lindborg said: “Our findings underscored that though religious discrimination is not the root cause of most violent conflicts, the role of religion in peace and conflict is often very significant and needs to be understood.”

Further, Lindborg said, “For the last three decades, our work and our research has borne out that to build societies and states where people of all faiths, and none, can flourish is not just an effect of peace, it is also a critical ingredient for establishing peace in the first place.”

The global focus on the pandemic has meant that other important developments around the world are not getting adequate attention from policymakers. Infringements of religious freedoms that are being reported are likely just the tip of the iceberg. “I am sure that there are a lot of dark places in the world that we just have no idea of what is happening to people. And I am sure there are some people with nefarious motives that are using the cover of the pandemic and people’s distraction by the pandemic to carry out other nefarious objectives,” Suozzi said.

Even without the cover of the pandemic, religious freedoms were being trampled on around the world.

The Fate of Uyghurs in China

More and more evidence is emerging of China cracking down on religious freedom and basic human rights of minority Uyghurs in the Xinjiang region. The ruling Chinese Communist Party is reportedly directing the detention of possibly more than two million Uyghurs in concentration camps. At these so-called reeducation centers, Uyghurs and other predominantly Muslim Turkic minorities are among those forced to study communist propaganda and subjected to psychological torture. Uyghurs are also being exploited as cheap labor, and Uyghur women are being forcibly sterilized in a mass sterilization campaign.

China is facing growing international pressure as these atrocities come to light. In June, U.S. President Donald J. Trump signed into law the Uyghur Human Rights Policy Act of 2020, which imposes sanctions on foreign individuals and entities involved in abuses in Xinjiang. The act requires the president to periodically “send Congress a list identifying foreign individuals and entities responsible for such human rights abuses.” Chinese officials, however, deny Uyghurs are being abused.

Suozzi acknowledged that while it is “hard to exercise foreign policy just based upon what is the morally right thing to do,” policymakers must still be “guided by what’s right and wrong.” In this vein, Suozzi worked on the Uyghur Human Rights Policy Act of 2020 “to try and hold the Chinese Communist Party accountable for what they are doing to the Uyghurs.”

Moolenaar described the Uyghur Human Rights Policy Act of 2020 as a “step in the right direction.” The pandemic, he said, has highlighted the need to bring the manufacturing of personal protective equipment (PPE) back to the United States. China has provided shipments of PPE to countries around the world, including the United States, as a way to score public relations points during the pandemic, which originated in the Chinese city of Wuhan. Pointing to a report in the New York Times that Uyghurs in China are being forced to manufacture PPE, Moolenaar said: “We can’t allow China to use slave labor for its diplomatic efforts around the world, and part of that is making sure that we are making the things we need so we are not relying on China.”

Moolenaar said the United States needs to find a way to work with China but at the same time not hesitate to criticize China for its oppressive actions.

On July 9, the U.S. Treasury Department announced Magnitsky Act sanctions on four Chinese officials over human rights abuses in Xinjiang. On July 20, the U.S. Commerce Department imposed sanctions on 11 Chinese firms citing their alleged ties to human rights abuses in Xinjiang. U.S. Secretary of Commerce Wilbur Ross said the restrictions would ensure that U.S. “goods and technologies are not used in the Chinese Communist Party’s despicable offensive against defenseless Muslim minority populations.” Corporate giants like Apple and Nike have also been urged to cut ties with suppliers that allegedly use forced labor in China.

“The idea that in today’s world there are millions of people in forced labor camps, and some of the products that they helped to produce actually show up in the American supply chain” is incomprehensible, said Suozzi.

Turkey’s slide toward authoritarianism over the years has come at the cost of religious freedom. In July, Turkish President Recep Tayyip Erdoğan turned the historic Haghia Sophia in Istanbul into a mosque for the first time in almost 90 years. The Byzantine structure was built in the sixth century as the world’s largest cathedral. In 1453, it was converted into a mosque after the Ottoman sultan Mehmed II conquered Constantinople. Under Mustafa Kemal Ataturk, who founded the modern Turkish republic, Hagia Sophia was turned into a museum.

The conversion of Hagia Sophia into a mosque symbolizes the challenges in the West’s relationship with Turkey. “Turkey is a NATO ally; Turkey has very important strategic assets that are important to the United States as far as our common defense, but President Erdoğan … [has] become more of a fundamentalist and is doing things that are not necessarily consistent with the values of NATO or the United States,” said Suozzi. “So, how do we balance something we all believe in—religious freedom—with our other strategic interests?”

Lindborg said evidence suggests that Turkey’s national security will be “undermined by an increasing environment of religious oppression.”

Muslims Under Pressure in India

In India, deadly clashes broke out between majority Hindus and minority Muslims earlier this year over a controversial citizenship bill. The bill fast tracks the process of attaining Indian citizenship for religious minorities from Afghanistan, Bangladesh, Pakistan, and other parts of South Asia, but excludes Muslims from these countries. The violence began in the capital, New Delhi, on February 23 and lasted for several days. Dozens of people, mostly Muslims, were killed. The government of Indian Prime Minister Narendra Modi, a Hindu nationalist, and the Delhi Police, which the central government oversees, were found to be supporting the Hindu mobs. The riots coincided with Trump’s visit to India.

More recently, Muslims have been blamed for the spread of COVID-19 in the country. They have been targeted by fake news, assaulted, and denied medical care.

Acknowledging the importance of respecting the sovereignty of nations and the fact that India, a democracy, has regular elections, Suozzi said: “We have to have some confidence that they are going to figure it out themselves.”

“The great hope for India is that they have a very strong system of law,” said Suozzi, noting that the Supreme Court of India “has been very, very good about enforcing the law even when it disagrees with the administration.” 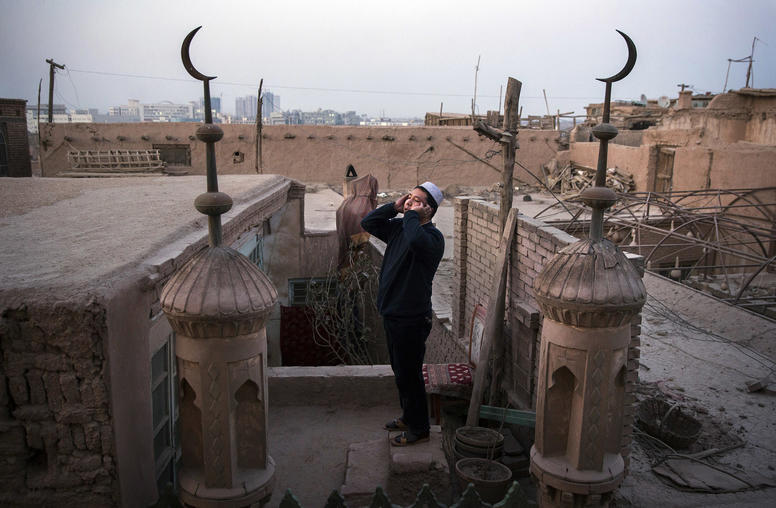 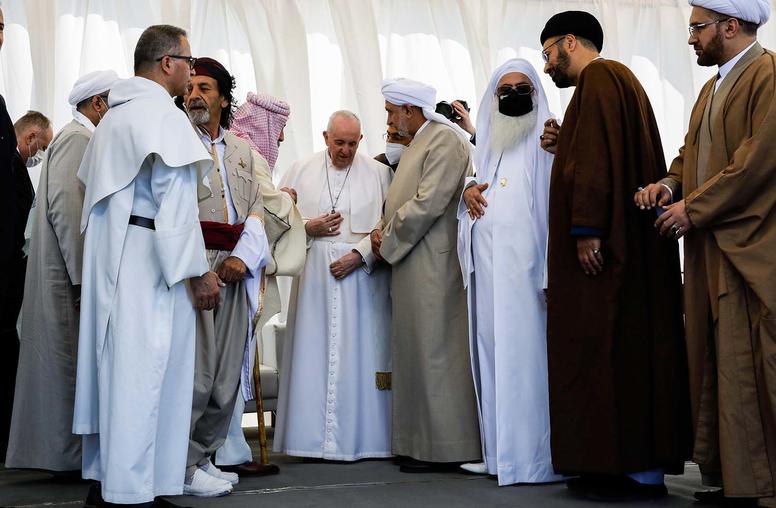 Doctors, nurses and scientists worldwide desperately need help against not only COVID, but a pandemic of disinformation that is disconnecting millions of people from facts and reality. Conspiracy fantasies spread fears that the COVID virus is a hoax—invented, say, to cover up deaths caused by cellphone signals, or to let governments inject us with microchip-infused vaccines to track everything we do. As health sciences and even critical thinking struggle to be heard amid the shouting, one of their best allies could be science’s old, perceived foe—religion. At least, that is, religion as exercised by interfaith communities.

Over the past few decades, U.S. military chaplains have increasingly played a key role in promoting peaceful resolutions in conflict environments. While their primary mission across the service branches is pastoral care — leading religious services, providing counsel and offering spiritual guidance, for example — military chaplains have also, at times, served as liaisons and bridge-builders with local religious leaders.