The first manifestation of coronavirus in Central Asia came in late February, not as an infection, but as a reaction to the spreading virus in neighboring China. In Zaisan, on the Chinese border in East Kazakhstan, Oblast Governor Danial Akhmetov was compelled to meet with protesters who opposed the rumored presence of quarantined refugees from China in their local area. In Saryterek, protesters even stormed the local hospital and physically removed all the beds to prevent “Chinese” from occupying them. This outburst isn’t the first case of anti-Chinese sentiment getting out of control. It came just weeks after Kazakhs in another part of the country attacked ethnically Chinese Muslim Kazakh citizens, driving over 23,000 to flee. The threat of the virus and fears it engenders can make pre-existing conflicts far worse.

The regional and central authorities in Kazakhstan contained the public outburst on the border and have since followed a familiar path of testing and increasingly restrictive social distancing.  On March 12, Kazakhstan canceled public celebration of Nowruz, the new year celebration of spring that dates back to Zoroastrian culture. On March 13, it announced the first cases in the country, closed its borders, and canceled sermons in mosques. On March 15, it announced a month-long state of emergency, extended school vacations and took universities online. As of April 1, the country had seen 369 confirmed cases, mostly in Almaty, Shymkent, and the capital Nur-Sultan. Kazakhstan, tracking roughly a week behind the United States, is now considering an economic support package for small businesses, tax relief, and promoting employment.

Events in Uzbekistan are following a similar path, perhaps a week behind Kazakhstan. The state’s security capacity is clear in its ability to shut the country’s borders without much need to consider the human stories involved. Closed borders have left thousands of Uzbek citizens stranded in Turkey and on the border attempting to return home. There was a small public protest by other patients at a clinical hospital in Tashkent when a child was admitted under suspicion of having carried the virus back from India. As of April 1, there were 171 openly confirmed cases. But unconfirmed reports place the number of people already in preventative isolation much higher, perhaps as high as 28,000.

Response to the country’s initial cases reflect its more democratic population, who are decidedly skeptical and dismissive of both media and government—or, as one local resident commented, they take “more like an Italian approach.” The first three cases were three men aged 70, 62, and 46 who had returned from pilgrimage abroad to the Blagoveshchensk District of Jalal-Abad Oblast, and, after testing, were told to self-isolate. One of them nonetheless held a feast to celebrate his return and authorities estimate up to 1,000 people had interacted with the trio since they came back. The government initially closed the border to foreigners but not to Kyrgyz citizens. One lawmaker appeared in a parliamentary session to discuss the crisis after having arrived from Blagoveshchensk, which was supposed to be under strict quarantine. As of April 1, Kyrgyzstan had 111 confirmed cases.

The government of Tajikistan has publicly reported no cases of COVID-19 infections, despite the fact that it shares a long border with China. The million-plus Tajik labor migrants in Russia face an uncertain status as Russia moves toward closing its border. The government is arranging mass flights to repatriate those now in distress in Russia. The underlying lack of panic inside Tajikistan so far might also have something to do with the population’s youth and the perception that only the elderly are at risk. Rumors in Tajikistan that the crisis is a Chinese hoax perpetrated on the world so that China could buy up Western stock after a market crash or a plot by Americans to do the same underscore how easily false information can travel in places where the media and government are not trusted as sources of accurate information. Like in Uzbekistan, unofficial reports say as many as 5,400 people are in isolation in Tajikistan as of March 26.

The authoritarian government has characteristically ignored coronavirus in its own media, while taking steps to lock the country down. Citizens abroad cannot return home, and there are reports of detentions of anyone discussing the coronavirus this week. Movement inside the country has been stopped. President Gurbanguly Berdymukhamedov has recommended burning harmala grass in the home to protect from infection. Misinformation may also lie at the root of the tragic death of 38 Turkmen citizens in Istanbul this week who were poisoned by bootleg vodka. Radio Liberty reports that “[d]octors familiar with the case told an RFE/RL contributor in Turkey that the migrants from Turkmenistan had drunk tainted vodka and also rubbed it on their bodies in the belief that doing so would protect them from COVID-19.”

In the medium and long term, the threat to the region’s fragile prosperity is profound. Kazakhstan largely relies on the sale of Caspian oil to support its government and its economic commitments to growth. Tajikistan and Kyrgyzstan, and to a lesser extent Uzbekistan, depend on labor remittances from migrants in Russia. Most estimates are from a quarter to a third of their economies, with some ranging even higher. The availability of food staples in Turkmenistan has been limited in recent years, and loss of access to reasonably priced imports will be an added stressor on the system there.

The initial sequence of downplaying the virus, then imposing the harsh containment measures seen in other parts of Asia is highly likely to play out in Central Asia. This will inevitably exacerbate existing economic and ethnic cleavages and strain the tools of governance in the region that are based in the security sector. It seems increasingly likely that the combination of disinformation, conspiracy theories, and disregard for the state, combined with the limited capacity to test for the virus and respond might lead to a securitized reaction with curfews imposed by the military and security forces. Signs of this are already showing up in Central Asia and more broadly across the former Soviet Union. The countries of the region are likely to follow the lead of Russia and, indirectly, of China once the seriousness of the situation sinks in.

The traditional conflict mitigation techniques of the nomadic peoples of Central Asia—you go that way and I’ll go the other way—may not be enough to ease tensions and disputes arising from this particular threat. Cooperation on regional problems has been increasing in recent years in Central Asia. We can hope that the common need these countries now have will encourage a cooperative and collective response once the initial dust settles. 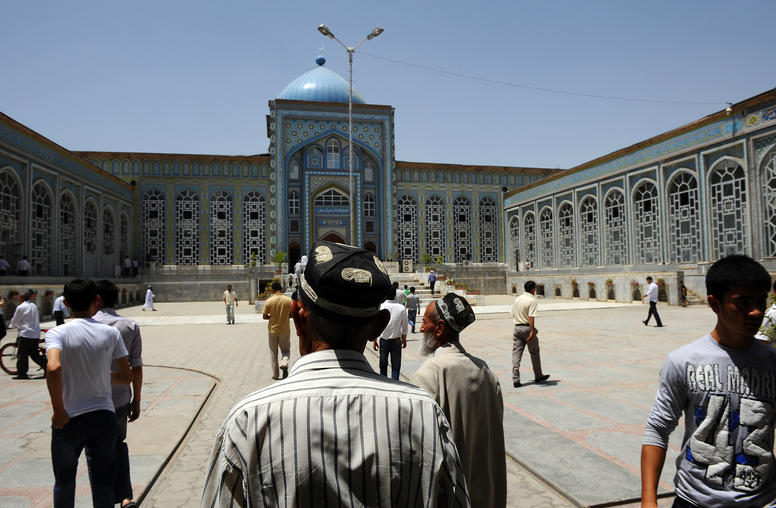 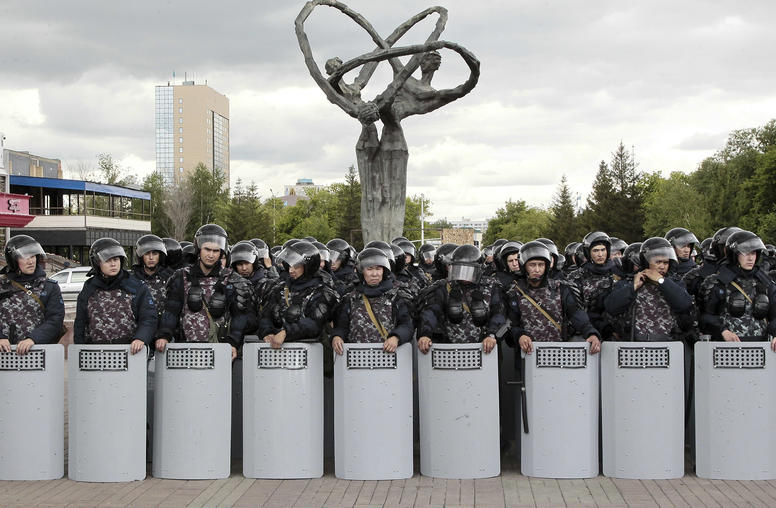