The Trump administration’s vision for addressing the Israeli-Palestinian conflict has provoked diverse reactions from the parties and the international community, leaving opponents and supporters continuing to analyze the initiative and chart their next immediate moves. But taking the long view, some implications of the plan can be glimpsed on the horizon.

It is generally understood that the “Vision to Improve the Lives of the Palestinian and Israeli People,” presented on January 28, offers a new basis for discussion and debate about how to end the conflict. Arguably, this was one of the Vision’s intentions: to introduce new parameters for reaching a resolution that would replace all previous terms of reference, in particular the American position embodied in 2000 in the Clinton Parameters.

Over the past two decades, Israeli politics have moved steadily to the right. This has led to shifts in Israel’s positions on resolving the conflict that include additional demands and retreat from stances taken by previous Israeli leaderships.

One need only look at the 2001 Israeli-Palestinian negotiations in Taba, Egypt for examples. In those talks, Israel’s senior negotiating team discussed the prospect that a certain number of refugees could return to Israel, a possibility captured in an unofficial paper written—after consultations with both sides—by Miguel Moratinos, the EU special representative to the Middle East at the time. Additionally, the Israeli side accepted, in principle, the notion set forth in the Clinton Parameters of Jewish sovereignty over Jewish neighborhoods in Jerusalem and Palestinian sovereignty over Arab ones. Israel’s position on the Jordan Valley was to maintain a long-term security presence there.

Cut to today and Israel and the U.S. Vision foresee no refugees returning, Palestinian sovereignty in Jerusalem relegated to a handful of neighborhoods already cut off from the rest of East Jerusalem by the security barrier, and the Jordan Valley under permanent Israeli sovereignty.

Finally, Israel and the Vision consider the recognition of Israel as a Jewish state a crucial aspect of the solution—an issue not given that much weight in any of the negotiations prior to the Annapolis peace conference in 2007.

With the U.S. Vision embracing such movement on key positions, it is difficult to imagine much of the Israeli right ever accepting meaningful concessions beyond what the U.S. plan proposes.

For their part, Palestinians have countless misgivings regarding the Vision. While this is not the place to enumerate them and analyze their validity, one thing is clear: No Palestinian will be willing to start negotiations on the basis of an approach that confers Israeli sovereignty over Al Haram Al Sharif in Jerusalem, the third holiest site in Islam. Palestinian elections are a dim prospect in the near term, but in a recent poll, 94 percent of Palestinians reject the plan presented by the U.S. and 80 percent say the Vision returns the conflict “to its existential roots.”

Needless to say, any Palestinian leader would be hard pressed to negotiate on the terms of the Vision. While the U.S. administration has suggested that demands by Palestinians over the years have been unrealistic and are the main reason peace efforts have failed, the Palestinian view is the opposite. Palestinian leaders strongly believe that they have already made historic compromises, leaving little room for further concessions called for in this plan that they view as orders of magnitude more humiliating and unacceptable.

The above-cited poll reflects that Palestinian support for the two-state solution is at its lowest point since the Oslo Accords were signed. Therefore, while conventional wisdom holds that every offer to the Palestinians is worse than the last as time passes and opportunities for peace slip by, this pattern may be on the verge of reversing.

What the U.S. and Israel may not recognize—or have adequately confronted given this Palestinian perspective—is that the Palestinians’ next paradigm shift will abandon the quest for two states and instead strive for equal rights in a one-state outcome.

When a critical mass of Palestinians realize that a meaningful two-state solution is no longer achievable, Israel may face a Palestinian civil rights struggle. It will then have to choose between its Jewish and democratic identities, a risk forcefully articulated by, among others, former Israeli Prime Ministers Ehud Olmert and Ehud Barak.

These developments are taking place at a time when the Israeli-Palestinian conflict is passing through a crucial transitional phase. The conflict has not been high on the agenda of the region or the international community due to several more pressing conflicts and crises. Meanwhile, relations between Israel and several key Arab states are improving despite stagnation in peacemaking efforts. At the same time, the two major Palestinian political forces, Fatah and Hamas, remain deeply divided. Under those parties’ leadership—Fatah controlling the West Bank and Hamas ruling in Gaza—Palestinians suffer from poor governance and weak institutions, harboring little faith in or support for their leadership.

Given this array of circumstances, and the vast and widening gap in the balance of power between the Israelis and the Palestinians, a growing number of staunch advocates for the two-state solution argue that it is already dead.

But long-held paradigms die hard—and without any prospect of resting in peace. Polling over the years has shown consistently that public opinion is dynamic; as the possibility for progress between the parties grows, so does backing for the two-state framework. There remains a meaningful, if severely shrunken, constituency of support for the two-state solution among Israelis and Palestinians, and it receives broad support among major countries in the region and beyond. Many of those actors consider the U.S.-presented Vision a highly distorted version of the two-state solution and a huge blow to the prospect of realizing a just, practical, internationally legitimate—and therefore viable and sustainable—resolution to the conflict. Getting efforts to resolve the conflict back on track toward a meaningful two-state resolution will require resolute action by international stakeholders, to include a coordinated approach of incentives and disincentives directed at the primary parties. Currently, this does not seem in the cards.

On March 2, Israelis will go to the polls for the third time in a year. Should the Israeli leadership emerging from the election be either determined or pressured to implement elements of the Vision, particularly those pertaining to annexation, the result will be significantly heightened tensions particularly with the Palestinians and with Jordan as well. New realities on the ground will be created, based on the work of an American-Israeli committee established under the terms of the Vision, hammering additional nails in the coffin of the two-state solution. Unless some alternative arises that addresses the tension between Israel’s goal of being a Jewish and democratic state and Palestinians’ pursuit of equal rights and dignity in the state where they live, the annexationist scenario will lead to an inevitable result: increased violence, destabilization and perpetual conflict for decades to come. 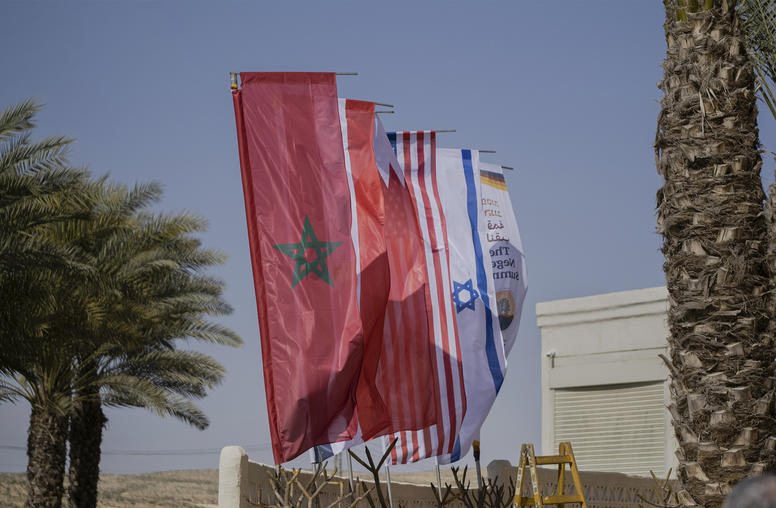 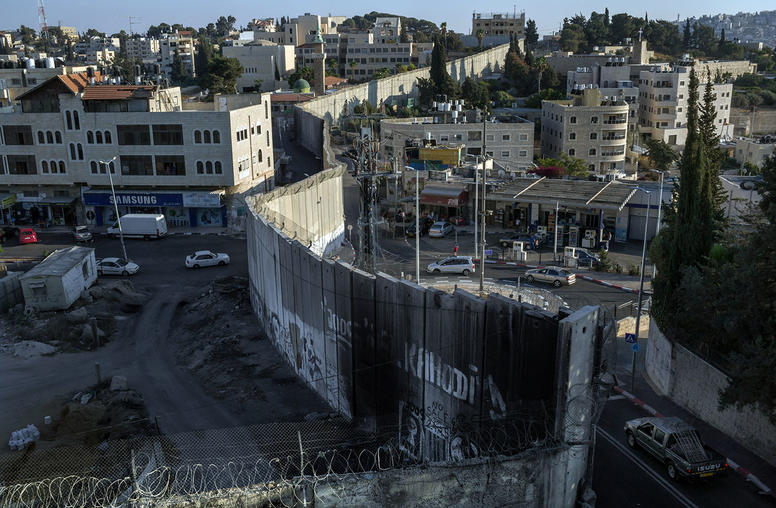