As the U.S. House of Representatives continues to adapt to the leadership of a new speaker, 6,000 miles away, the legislature of the Central African Republic (CAR), the National Assembly, has also recently elected a new leader. However, a change of leadership will not be sufficient to overcome the many challenges and weaknesses faced by this parliament, as the country continues to face rebel groups, communal violence, corruption, and intransigent poverty. In light of the latest peace agreement reached in CAR, the responses of many representatives to recent interviews with USIP raise a more fundamental question: given the context of the country, what is a parliament for?

In Sango, the lingua franca of the CAR, the word for parliamentarian, watokwa ti badalezo, literally translates as “messenger of the people.” These “messengers” meet twice a year, in Assembly sessions that run from March to May and October to December.

The latest parliamentary session has been dramatic: On October 26, the members of the National Assembly voted to censure and dismiss parliamentary president Abdou Karim Meckassoua, prompting public protests. Meckassoua has vowed to challenge his dismissal in court.

In a memorable sitting to elect Meckassoua’s successor, one parliamentarian, Alfred “Rambo” Yekatom, a former militia leader and supporter of Meckassoua remaining in office, fired his weapon in parliament, temporarily scattering his colleagues. Yekatom was arrested and, because of a sealed International Criminal Court arrest warrant issued on November 11, later extradited to The Hague to face charges of alleged crimes against humanity and war crimes committed in CAR between December 2013 and December 2014.

When representatives reconvened, they elected a new Assembly president, Laurent Ngon-Baba, considered to be more reliably allied with the government. Allegations that financial inducements were offered to parliamentarians to support Meckassoua and Ngon-Baba swirled around the vote. In any event, Ngon-Baba inherits great challenges.

Messengers of the People or the President?

In a country where unstable and weak institutions are the norm, not the exception, it is no surprise that the difficulties of the legislature mirror those of the country. Elected in 2016, the Assembly suffers from numerous problems, with recent interviews of parliamentarians revealing that many representatives attend sessions irregularly, are unclear as to their roles and responsibilities, overly deferential to the executive, and lack an ongoing connection with their electors, with constituency visits infrequent.

CAR’s 2016 constitution calls for a bicameral parliament of a National Assembly and a Senate. So far, only the 140 members of the Assembly have been elected. And the Assembly is an unusual parliament: rather than mostly comprising representatives of political parties, most parliamentarians were elected as independents.

Until recently, the Assembly was officially highly factionalized. There were no fewer than 11 loose parliamentary groups, of which only a few were also formally constituted political parties. But in November, the largest group, the Cœurs-Unis (United Hearts) entirely comprised of independent representatives, though officially backing President Faustin-Archange Touadéra, took the first steps to become a political party. Nine of the other parliamentary groups were already part of the government majority; now most are expected to formally join the Cœurs-Unis. Only one parliamentary group is officially in opposition to the government.

This parliament of independents, therefore, was actually a parliament highly supportive of the president. Many representatives see formal opposition to the government as problematic, given the persistent crisis in the country. Some argue that to be officially opposed to the government means giving succor to the rebels that want to see the state overthrown entirely. Yet at the same time, the government majority has seen plenty of internal intrigues. An ongoing rivalry between Touadéra and Meckassoua, also a former candidate for the national presidency, but who became officially supportive of Touadéra, contributed to Meckassoua’s downfall. The former parliamentary president was once backed by his own parliamentary group, Le Chemin de L’espérance (The Path of Hope), but most Le Chemin members ultimately voted to defeat Meckassoua in the crucial vote and have since declared their support for the Cœurs-Unis.

Irrespective of who serves as president of the National Assembly, or the configuration of parliamentary groups, interviews with parliamentarians raise fundamental issues beyond the intrigues of the elite politics of Bangui. Is the premise of democratic representation—that representatives meaningfully convey the views of their constituents—fulfilled in a country as beset by challenges as the CAR? Can it be?

Most interviewed representatives cited insecurity, limited financial means, and difficulties in transport, as the reasons for their infrequent visits to the districts they represent. And while all justifications have some validity, a deeper probing reveals that there are often more complicated reasons that give parliamentarians pause to travel to their constituencies: Many believe that they have to financially deliver on their return home.

As one representative explained, the “population see us as redistributors. But we are not there to fix the roof.” But many do pay: not only for roofs, but for school and hospital fees, for Eid and Christmas holidays, to support local businesses and infrastructure initiatives, and to demonstrate one’s general generosity and worthiness. Fearing the cost of a trip, many go infrequently, putting parliamentary ideals second to more practical considerations.

Some representatives argued that these tendencies only underline the limited understanding that parliamentarians have of their own role. While that may be true, in the context of a weak state, where institutions are often absent or dysfunctional, a local parliamentarian may be one of the few manifestations of the formal state outside of the capital. In such a context, with the state’s promise of service delivery, security, and peace elusive, parliamentarians might be expected to do far more than return the “message,” when visiting their constituencies.

State building and formal political processes in the CAR have often focused on the machinery of state, and the elite processes that accompany them, with at best mixed results. Capacity building efforts that focus on the legislature, without also considering how to bridge the gap between voter and representative, run the same risk. The citizens of CAR do require effective parliamentary representation and legislative oversight—but the path to get there will require more than changes in Bangui. Parliamentarians could start by making more sustained efforts to seek the views of their constituents. 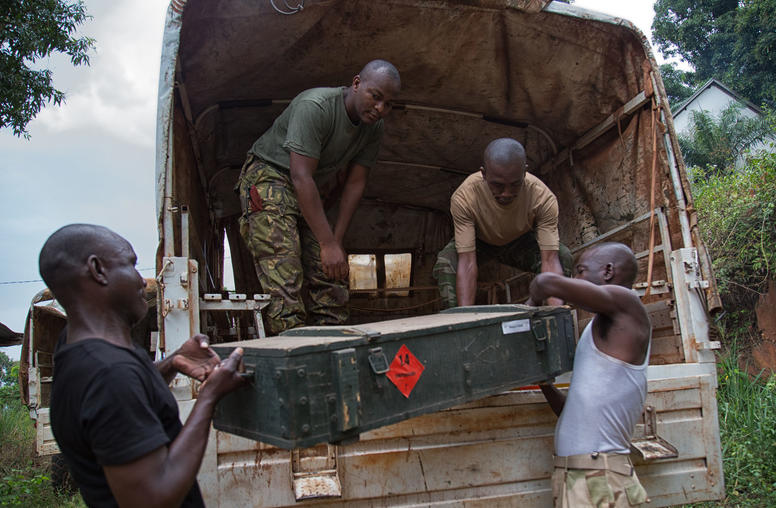