Rwandans head to the polls in August for an election in which incumbent President Paul Kagame will seek—and likely win handily—a third seven-year term. Despite the controversy over a 2015 referendum that amended the constitution to let him to run again and possibly stay in power for as long as 35 years, his political opposition has been so suppressed that the candidates running against him won’t pose much of a challenge. But if Kagame and the ruling Rwandan Patriotic Front (RPF) continue their heavy-handed tactics to cling to power, they risk jeopardizing the country’s hard-earned recovery from the 1994 genocide. They should instead take immediate steps to put Rwanda’s peacebuilding efforts back on track.

Rwanda has been hailed by observers as a model of post-conflict recovery following the atrocities in the early 1990s that left hundreds of thousands of Rwandans dead and many more displaced. In many respects, the praise is well-deserved. But, when held up against key benchmarks for reducing state fragility and the risk of conflict, signs are growing that peacebuilding efforts may be falling short. Fortunately, this election isn’t expected to stoke violence, but to sustain Rwanda’s remarkable progress, particularly its development gains, it will be critical to heed these warning signs early, before tensions build or another deadly wave of violence emerges.

Consensus is growing among experts in foreign policy, development and defense concerning the definition of state fragility; it’s now widely understood as a lack of institutional capacity or legitimacy that weakens the social contract between citizens and their government, increasing the risk of conflict. In fragile conditions, particularly following a violent conflict like the one that tore apart Rwanda’s social fabric and destroyed its economy in 1994, peacebuilding efforts there and anywhere else should focus on five objectives that are critical to sustaining progress.

Inclusive economic growth is key to ensuring all citizens have a stake in their country’s recovery. Rwanda has leveraged U.S. and other donor support to make impressive gains over the past two decades. Real GDP growth averaged 8 percent annually for much of this period, lifting hundreds of thousands of people out of poverty, reducing child mortality by two thirds, and resulting in near-universal primary school enrollment, according to the World Bank.

From a peacebuilding perspective, it is important that income inequality has recently dropped in Rwanda, suggesting economic growth has become more inclusive. As the largest bilateral donor, the United States can claim some credit for these development gains.  The aid is benefitting both sides: Rwanda’s economy is stronger, so foreign aid constitutes a decreasing share of the country’s overall annual budget; and the result has produced a fast-growing—although relatively small—market for U.S. goods.

Donors should consistently remind the government that their partnership with Rwanda hinges on constructive steps to maintain the viability of Rwanda’s recovery.

Given the impressive results of this development partnership, the donor community should sustain its commitment. Yet an important challenge for Rwanda and donors will be to ensure economic growth benefits all Rwandans. Development investments should avoid disproportionately favoring the Tutsi minority ethnic group, a charge that some have lodged in the past. Kagame is Tutsi, the group targeted, along with moderate Hutus, by the majority-Hutu government at the time of the genocide. Absent an inclusive approach, the country’s economic gains could stoke tensions and undermine the fragile recovery from conflict.

To build public trust following conflict, it is important not only that all citizens benefit from their country’s economic growth, but also that their voices be heard in setting development priorities. Rwanda is a model in this regard.  The government’s economic and development plan, Vision 2020, was the result of wide-ranging national consultations. And Rwanda actually leads in the daunting task of coordinating assistance from donors because it has shown the commitment and capacity to do so effectively. That’s an important achievement in aftermath of a conflict that hollowed out government capacity. Recent analysis suggests there also has been local involvement in peace and security programs, including in demobilization and the transitional community court system that ended its work in 2012.

These examples demonstrate that a broad partnership between donors and recipient countries is possible, even in a poor country recently riven by violence.

Building government legitimacy is equally important to restore the social contract with citizens in the aftermath of conflict. Despite Rwanda’s development progress and the now strong representation of women in government, gaps have emerged in governance that pose a growing risk.

Because relatively few public opinion polls have been conducted in Rwanda, it is hard to assess public perceptions of the government. That said, the efforts by Kagame to hold on to power—including by loosening constitutional term limits—as well as the reported brutal, sometimes deadly, attacks against political opposition leaders, journalists and civil society leaders create tensions that could erupt. While there have been improvements over the past decade in efforts to fight corruption and promote transparency in the government bureaucracy, last year Rwanda’s performance deteriorated in the areas of diversion of public funds and the capacity to investigate corruption.

The Rwandan military’s incursions into neighboring eastern Democratic Republic of Congo to attack Hutu-supported militias likely exacerbated the perception among Hutu Rwandans that their government does not represent the interests of all citizens.

Rebuilding political trust and confidence is always a long-term endeavor, but in Rwanda the government could take immediate steps to signal its commitment to the social compact through the announcement of key reforms. During the remainder of the presidential campaign period, Kagame could pledge to develop a plan that would promote peaceful and more competitive elections at the end of his next term. Part of this plan could include expanding freedom of the press and civil rights and decentralizing taxation authority.

Looking ahead, donors should consistently remind the government that their partnership with Rwanda hinges on constructive steps to maintain the viability of Rwanda’s recovery across all peacebuilding objectives, including legitimate governance. Rwanda and donors should increase investments in democracy and governance programs, which represent a small fraction of overall peacebuilding and development spending in Rwanda. Integrated programs that meld development, governance and peacebuilding also should be increased. One example is the U.S. Agency for International Development’s investments in the coffee sector and community cooperatives, which helped revive that industry and restore farmers’ incomes, while also promoting reconciliation.

Maintaining internal security and providing justice have been Rwandan priorities throughout the recovery, with a focus on traditional courts to promote community-driven reconciliation. The community justice and reconciliation processes established after the genocide have been held up as models.

But some concerns have surfaced about the legitimacy of these state-sanctioned venues and the government’s perceived failure to provide access to justice to all Rwandans, particularly in the wake of extrajudicial violence carried out by state security forces.

Should Kagame win another term, as is widely expected, the ruling party should put in place a plan to ensure justice and reconciliation processes don’t become broadly perceived as victor’s justice. For example, the government could announce it will work to increase the number of Hutu judges and lawyers.

The United States and other donors should build on their strong partnership with Rwanda to ensure that both their investments and their diplomatic engagement are rooted in a holistic peacebuilding strategy that better balances all five objectives for sustainable peace.

Ultimately, Rwanda’s continued success will depend on the extraordinary resilience of the Rwandan people, who have come together to rebuild their country. Yet the violence that erupted in neighboring Burundi and in Burkina Faso when heads of state in those countries moved to rescind presidential term limits in 2015 and 2014, respectively, should serve as reminders of the potential threats to stability and peace in Rwanda over the long term.

If the government fails to build on its peacebuilding successes and squarely address the gaps in its approach, it will be taking a risky gamble that could jeopardize not just Kagame’s democratic record, but his legacy as the statesman who successfully steered Rwanda’s recovery from genocide. 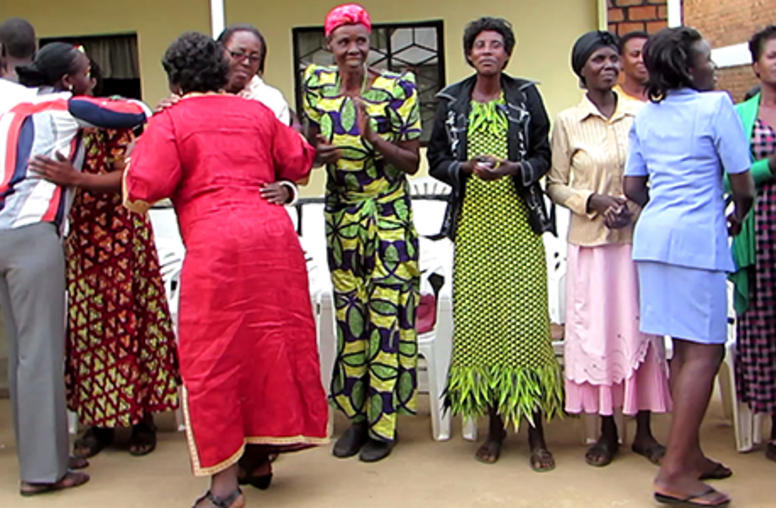