The government has postponed elections that were to begin June 5 with local and parliamentary voting, following a call for delay by East African leaders. The BBC quotes Burundi’s foreign minister as saying the elections will be held by August 26, a narrow time frame if conditions for a vote are to be dramatically improved. Recent research by the U.S. Institute of Peace underscores the need for long-term work to lay the conditions for peaceful elections.

A renewed civil war in Burundi would jolt Africa well beyond that tiny country (the size of Massachusetts or Lebanon and home to 10 million people). It would deepen the decades-old instability in the Great Lakes region, where political and ethnic violence, including genocide, have killed millions of   people in recent decades, according to human rights monitors and scholars. More than 105,000 Burundians already have fled the new violence into Rwanda, Tanzania and the Democratic Republic of Congo, the UN refugee agency says.

“The danger of election violence this time is greater.”

The international community has begun to respond, but should do more, and quickly, say specialists including Cara Jones, a political scientist at Virginia’s Mary Baldwin College.

Recent USIP research on how to prevent election violence identifies four strategies as being most effective. Unsurprisingly, a key factor in boosting the chances for successful elections is to start early. But if Burundi does conduct voting in coming months, both the research and policy specialists suggest that, even late in the game, helpful steps may include strong diplomacy, notably to keep Burundi’s security forces politically neutral.

Another key would be strong support for the country’s National Independent Election Commission (CENI, by its French-language initials). News agencies reported this week that at least one of the commission’s five members had fled the country.

Since the start of the year, the U.S. government issued multiple warnings against Nkurunziza’s re-election bid. Then-Special Envoy Russ Feingold warned in February that the move would violate the 2000 Arusha Agreement, which ended the 1993-2005 civil war. The State Department has since said it would deny visas and support prosecutions for anyone who foments a new round of ethnic violence. Belgium and the European Union have suspended some election-related aid to Burundi’s government after saying they lacked confidence in the current electoral process.

Burundi’s new crisis exemplifies the challenges that the U.S. government faces in trying to prevent violence in “fragile states” -- those with “a lack of effective government structures and restricted space for civil society,” Undersecretary of State Sarah Sewall said May 13 at USIP. The U.S. inter-agency Atrocities Prevention Board began focusing on Burundi two years ago, stepping up U.S. monitoring of the tensions there. Those steps “laid the groundwork” for a better U.S. understanding of the crisis “now as we prepare to potentially respond to these increasingly worrying signs in Burundi,” Sewall said.

Still, the U.S. government has failed to appoint a successor to Feingold, who resigned in February as special envoy for the Great Lakes region and the Democratic Republic of Congo. Members of Congress, policy specialists, and relief and human rights organizations working on Africa have urged the administration to fill that gap in U.S. diplomacy.

The United States and international community should be sending a high-level envoy to mediate among Nkurunziza and his opponents, say Jones and other specialists.

“Nkurunziza must be persuaded to abandon his re-election plans and make way for transparent elections,” according to USIP’s Senior Adviser Johnnie Carson, a former U.S. assistant secretary of state for African affairs. “However, this is likely to happen only through a negotiated settlement that guarantees [him] a safe departure from office,” Carson wrote in a co-authored essay last month in the New York Times.

The international community should make clear to Burundians that it will hold to account any leaders who encourage violence, Carson wrote. A key voice for that warning may be Fatou Bensouda, the Gambian lawyer who serves as chief prosecutor of the International Criminal Court, Carson wrote. Bensouda issued a warning on May 8 that “any person who incites or engages in acts of mass violence” is liable to prosecution -- if not by Burundian courts, then by the International Criminal Court.

Another resource for containing Burundi’s crisis could be the recently created East African Standby Force. The African Union’s Peace and Security Council last month called for planning for “the possible deployment of an expanded mission” to halt violence.

Carson and co-author Etienne Mashuli also urged more long-term international aid for Burundi “to offer a better future to the country’s marginalized youth.” They added: “Even before this round of instability, the country’s economy was feeble. Without major investment in education and job creation, Burundi will continue to be vulnerable to the entrepreneurs of violence.”

That vulnerability is dramatized by Burundi’s history of cyclical genocide campaigns, against both the majority Hutus and minority Tutsis, and by the civil war. Following the war, Nkurunziza was elected by parliament in 2005 to head a first government under a new constitution. He was declared re-elected in 2010 after a disputed vote that followed government restrictions on Nkurunziza’s opponents and violent battles between them and his supporters. Nkurunziza says that, because he has been elected only once in a popular vote, the constitution’s two-term limit for a president does not yet apply to him.

The danger of election violence this time is greater, Jones said in a phone interview.

“The state is taking a larger role in the security situation, meaning that violence will be more intense and the levels of deaths will be much higher, specifically the likelihood for mass atrocities” and the organized killing of political opponents, she said. Jones has cited longtime contacts in Burundi as reporting that youth groups loyal to Nkurunziza’s party have been assembling lists of the party’s opponents, including leaders of the recent protests—a step that could prefigure a campaign of attacks on the opposition.

Burundi’s descent into violence means that time has run out for most of the more effective intervention points for prevention. New research shows that for crises such as Burundi’s to be averted, collective efforts must be engaged early and multilaterally.

Other notable findings indicate that preventive diplomacy often can provide forewarning of imminent violence, that state-based actors are the key to effective prevention, and that each prevention regime must be tailor-made to the cyclical nature of a particular country’s history.

Even though it is too late to apply long-term strategies to Burundi’s attempt to hold elections this summer, some of the practices studied still may be useful. Peacebuilders can press the security sector to remain politically neutral, can continue monitoring and mapping by those organizations that remain on the ground, and can help the national election commission operate effectively. Additionally, diplomatic efforts to raise awareness about the impending crisis could bring more resources to the peace effort.

The work of preventing violence bears an often impossible burden of proof. Peacebuilders seldom can show with absolute certainty what disasters have been averted by their work. But Burundi at the brink is powerful evidence of the danger of not committing early and wholly to prevention efforts. 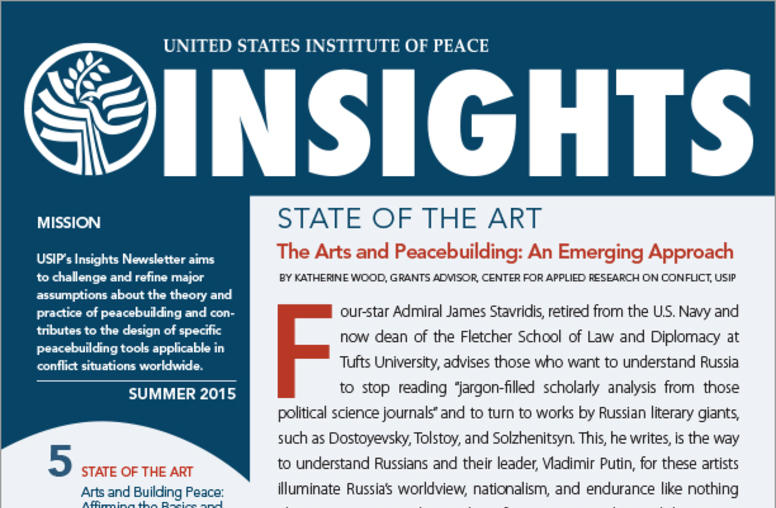 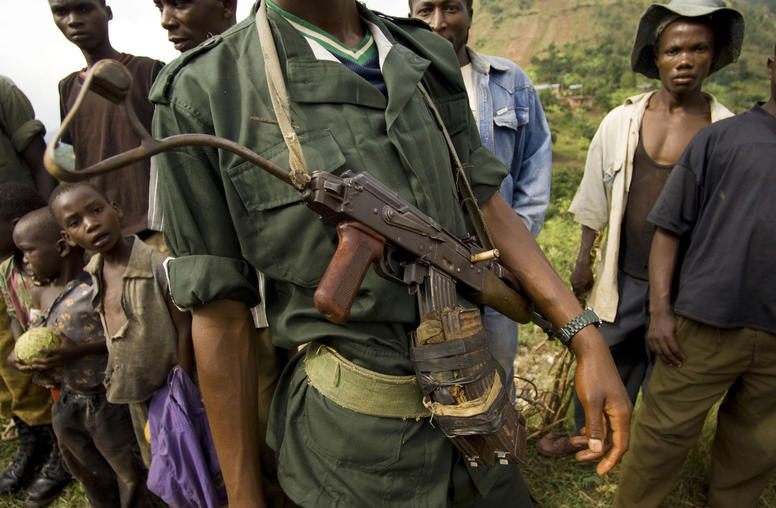 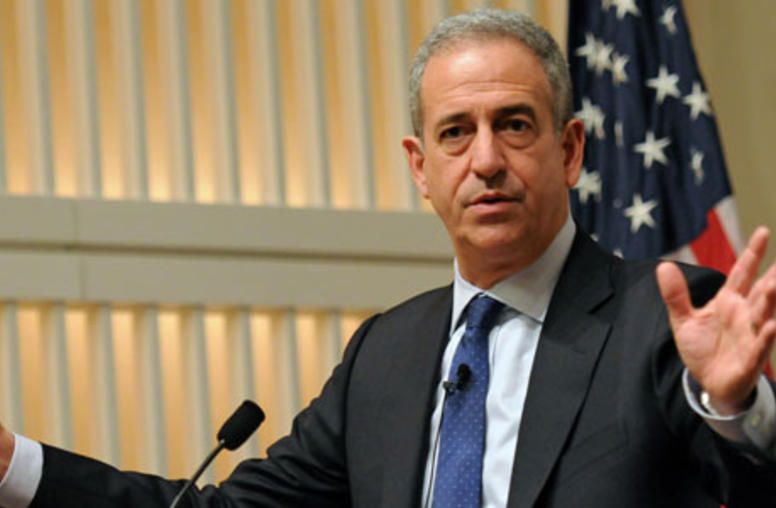 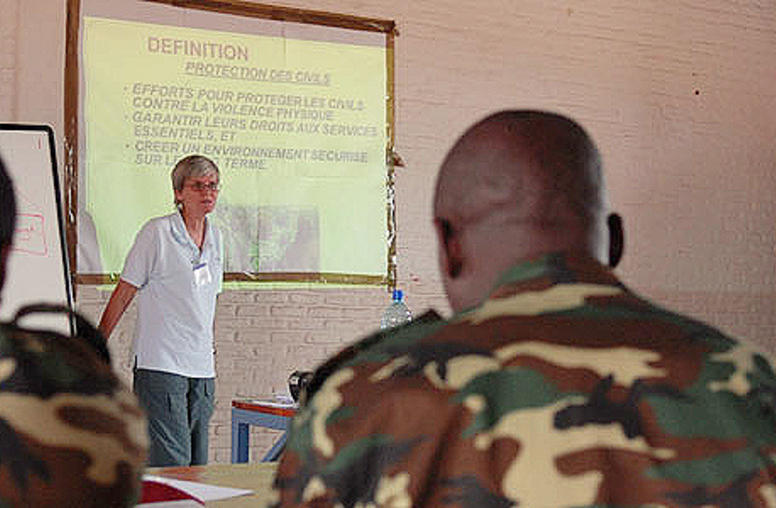 The place where Burundian soldiers learn to be peacekeepers is in a remote village accessible only by dirt road, which during the rainy season turns into a river of mud. Shirtless men making red bricks pause to wave, and a few barefoot children scurry forward to watch the passing convoy of foreigners.