How serious is the situation in Yemen?

This weekend, negotiations over the departure of President Ali Abdallah Saleh broke down. After several weeks of mixed signals concerning his willingness to depart the presidency on acceptable terms – including amnesty for himself and his extended family – President Saleh reversed himself and announced that he has no intention of leaving office before the end ofhis term in 2013. Politics in Yemen is always fluid, and President Saleh has made many contradictory statements in recent weeks about his intentions. But local observers do not expect negotiations to resume anytime soon. The leadership of Yemen’s ruling party, the General People’s Congress, met on March 27 to affirm that Saleh should remain in office until his term ends in 2013. Stalemate over the terms of a political transition in Yemen poses significant risks. President Saleh may be betting that time is working in his favor, and that protests will lose steam if he is able to prevent a repeat of the massive violence that produced dozens of deaths during peaceful protests on March 18. Yet Saleh’s legitimacy has been fundamentally compromised, critical supporters have defected to the opposition, including senior tribal leaders and the president’s longtime ally General Ali Mohsin—who has been closely involved in negotiations with Saleh over the past two weeks. With his support ebbing, and factions of the military now aligned with the opposition, there is no clear pathway available for Saleh to restore either his legitimacy or his authority. Time may not be his friend.

What is certain, however, is that a waiting game that delays the near inevitable departure of President Saleh will have crippling consequences. While the country remains paralyzed at the center, violence is escalating in the South, where al-Qaeda in the Arabian Peninsula is based. Forces loyal to the regime are being relocated from outlying areas to the capital to reinforce Saleh’s support, leaving day-to-day governance in the hands of local actors. In northwest Saada Governorate, where an insurgency led by members and allies of the al-Houthi tribe has persisted for years, al-Houthi forces have seized control of critical government functions. The longer Saleh clings to power, the more fragmented and fractionalized Yemen will become.

How does it differ from other revolutions unfolding in the region?

Protests and pressures for political change in Yemen are being driven by conditions that exist across the Middle East. High youth unemployment, growing economic inequality, rampant corruption, and a regime that has governed since 1978 with no prospect of change have all contributed to a deep and pervasive sense of alienation among Yemenis. Yet these conditions have existed for years without sparking mass protest. The example of successful popular uprisings in Egypt and Tunisia in January was the trigger that transformed these grievances into an active protest movement. Here too, protests in Yemen also modeled those in other Arab countries. They began as small, student-led protests calling for reform. Only after the regime responded with violence did a mass movement emerge, and protesters escalate their demands to call for a change of leadership and a transition to democracy. Yemen’s political crisis has also resembled those unfolding elsewhere in the region in how the regime has responded to popular demands for change. We’ve seen in Yemen the same combination of compromise and violence, concessions and repression, that we’ve seen in Egypt, Tunisia, Bahrain, and Syria. It has been no more effective in Yemen than in these other cases.

Despite similarities with other Middle East cases, however, Yemen is distinctive in many respects. Poverty is deeper and more pervasive than in other Arab countries. The population is scattered, remote, and largely isolated from state services. There is an active insurgency in Saada Province in the Northwest, and an active and increasingly radical secessionist movement in the south—which was unified with North Yemen only in 1990, and which fought (and lost) a civil war against the North in 1994. Al-Qaeda in the Arab Peninsula (AQAP) has been a singular concern of the U.S., which has expanded support for President Saleh to secure his cooperation in anti-terrorist efforts. Yemen is far more fragile as a state, and far more vulnerable to state collapse as a result of prolonged political crisis, than any other country in the region.

What should we expect to happen over the next few weeks in Yemen?

The focus over the next few weeks is likely to remain on the future of President Saleh, and on negotiations to secure his removal from power. With these negotiations stalemated for now, and with growing doubts about Saleh’s willingness to step down before the end of his term in 2013, we could well see a deepening of political paralysis in weeks ahead. During this period, it will be important to see if the protest movement can sustain its momentum, and what President Saleh might do to shore up his support, increase his leverage, and place himself in a position in which he is able to remain in power. Continued, large-scale protests and continued support for the opposition from key tribal leaders and military officers, will be crucial for sustaining the pressure that will be needed to persuade President Saleh that he can no longer govern. 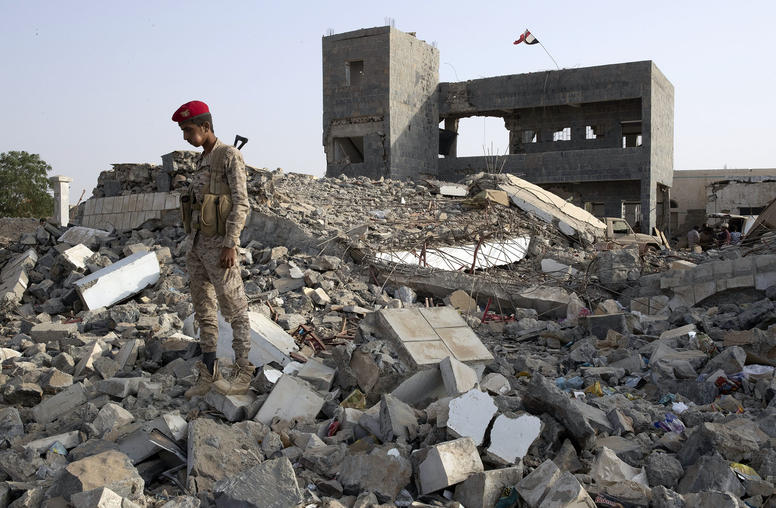