Palestinian politics have been rife with divisions since the pursuit of an independent state began in the 1960s. But the national movement formally split—politically, geographically and strategically—after Hamas, an Islamist party, beat Fatah, a secular movement, in the 2006 Palestinian Legislative Council elections. Factional fighting erupted after the two parties failed to reach a power-sharing agreement. Hundreds died. The Palestinian Territories divided into two polities: Hamas ruled Gaza, and Fatah led the Palestinian Authority (PA) in the West Bank.

Between 2007 and 2018, seven reconciliation efforts floundered. The split had rippling repercussions: Diplomatic efforts between the Palestinians and Israel stalled. Israel and Gaza engaged in three major armed conflicts—the three-week war over the new year in 2008-9, the eight-day war of 2012, and the two-month summer war of 2014. Gaza faced blockades from both Israel and Egypt due to both countries’ security concerns. Conditions in Gaza deteriorated, with rampant poverty, growing unemployment and deepening public health problems.

The 2011 Arab uprisings inspired demonstrations in the Palestinian Territories. Both the West Bank and Gaza witnessed protests by Palestinians fed up with the years-long strife between Fatah and Hamas. The main flashpoints, however, were economic policies and living conditions; protesters did not call for the ouster of the major parties, as in other Arab states. Fatah and Hamas responded to public pressure by signing a unity deal that brought together 13 factions. But it was short-lived.

Conditions deteriorated further in Gaza, where two million people live in an area only twice the size of Washington, D.C. A 2012 U.N. report questioned whether the enclave would be livable by 2020, given the existential challenges to its water, electricity, health, and education infrastructures.

The rise of Egypt’s Muslim Brotherhood in 2012 boosted the profile of Hamas, as with other Islamist parties in the Middle East. But the momentum soon dissipated; the Brotherhood was forcibly ousted in mid-2013. Hamas was further isolated.

Between 2012 and 2017, tensions escalated internally between Fatah and Hamas and regionally among Hamas, Israel and Egypt. In 2014, Israel launched Operation Protective Edge after rocket attacks from Gaza. More than 2,100 Palestinian and over 70 Israelis died during the seven-week conflict.

In late 2017, the Palestinian Authority tried to pressure Hamas into reconciliation by cutting payments for fuel, electricity and government salaries. But a preliminary deal between the PA and Hamas stumbled over disputes about public finance and Hamas’ refusal to demilitarize. In March 2018, an assassination attempt on Palestinian Prime Minister Rami Hamdallah, which the PA blamed on Hamas, doomed prospects for compromise.

In March 2018, tens of thousands of Gazans began six weeks of Friday protests called the “Great March of Return” at the border fence with Israel. Initially led by independent activists, the demonstrations were co-opted by Hamas. Demonstrators threw Molotov cocktails, launched stones with slings, burned tires, or sought to breach the fence. Israel responded with live fire, killing more than 100 Palestinians and wounding thousands.

For the rest of 2018, protests at the fence persisted with fluctuating intensity. They flared up in May, during the opening of the U.S. Embassy in Jerusalem. In November, a clandestine Israeli security operation in Gaza went awry, triggering one of the fiercest exchanges of fire between Israel and Gaza since the 2014 war. Gaza militants fired more than 450 rockets and mortars into Israel, which responded with airstrikes against militant targets. Amid continued violence, the U.N. Special Coordinator for the Middle East Peace Process and Egypt sought to deescalate violence and stabilize Palestinian politics. Egypt brokered a cease-fire in November, but the danger of renewed violence remained without a permanent peace.

This timeline was assembled with the help of graphic research by Lindsay Jodoin and editorial research by Garrett Nada and Robert Barron. 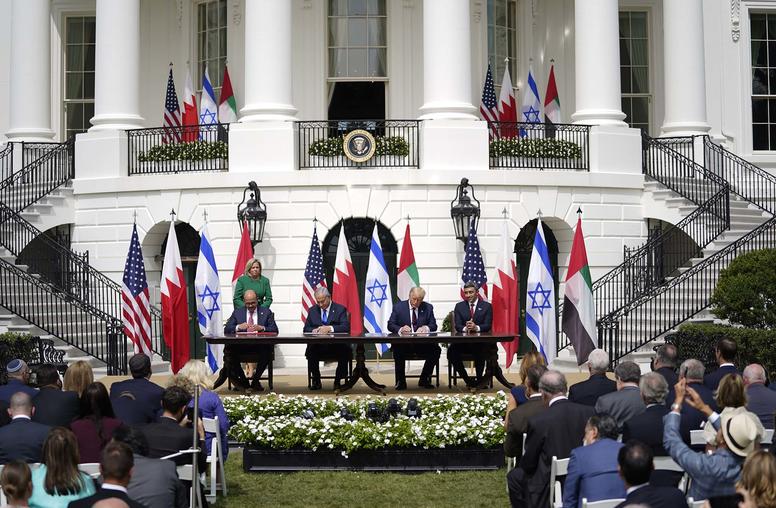