Afghanistan is beginning to experience a rapid increase in coronavirus cases. To prevent a humanitarian crisis, the Kabul government has taken swift measures to stanch the spread of the virus. But that response failed to factor in violence against women, particularly domestic violence, leaving many quarantined with their abusers and with few avenues to ensure their own safety. Such measures to protect women could have included expanding access to psycho-social services, providing waivers to certain NGOs to ensure they could continue to provide services to victims, and building more women’s shelters. Responding to the pandemic does not absolve the government of its obligation to protect women from domestic violence.

Peace at home is a cornerstone for societal peace. After all, we know that societies with high levels of domestic violence are more likely to be involved in war. Afghan women understand this connection: those interviewed for a USIP research project said they saw a clear link between domestic violence and violent extremism. “It is not rocket science to put two and two together. Violence at home is directly linked to violence in society,” said Saifora Paktiss, program director at Medica Afghanistan, an organization that works to eliminate violence against women.

For Afghan women, domestic violence is part of a longstanding, dismal reality. A 2018 Promundo survey found that 80 percent of Afghan women reported experiencing some form of physical violence from an intimate partner. The 2019 Women, Peace and Security index ranked Afghanistan the second worst country for women out of 167 countries. Further, UNDP’s 2019 Human Development Index ranks Afghanistan 170 out of 189 countries on the gender index development. This is all exacerbated by the extreme poverty in Afghanistan—the second poorest country in the world—as a lack of economic opportunity is often a the main factor in domestic disputes and violence.

“In Afghanistan, home is the most unsafe place for most women and the government has failed to provide security to half of its population be that inside or outside her home,” said Humaira Rasuli, co-founder and executive director of the Women for Justice Organization.

There have been some attempts to rectify the dire situation that Afghan women face. In 2009, the government enacted the Elimination of Violence Against Women Law, but in practice it has rarely been enforced. The government has also established several interagency commissions and special units to address violence against women. Moreover, the country’s reform-oriented attorney general has put the protection of women’s rights on top of his agenda, added a deputy to focus on violence against women, and a new unit to handle cases of violence against women. But, as the statistics above demonstrate, these efforts have largely fallen flat.

The country’s conflict also makes it difficult for women to access the justice system. “Female victims and survivors prefer to interact with women in the justice sector,” said Dr. Sima Samar, the state minister for human rights and former chairperson of the Independent Human Rights Commission. “Unfortunately, insecurity has added another layer of complication to the situation as majority of female justice actors—judges and prosecutors—are unable to deploy to provinces and districts. There is a severe need for female justice actors in the districts as traditional restrictions prevent women from travelling to the center of a province to access services.”

The lockdown has greatly limited the reach of women’s rights groups and NGOs at a time when their assistance is needed the most. Another effect of the lockdown is that women are less able to ask for help when their abusers are ever-present in the home. “Registration of domestic violence cases has dropped significantly in the last two months due to the fact that most government agencies charged with protecting women’s rights … are on lockdown,” said Najla Raheel, the vice president of the Afghanistan Independent Bar Association.

Many women’s rights organizations, like USIP’s partner Medica Afghanistan, have developed new strategies to support victims by offering services via online chat, texting or phone call.  Every week, Medica staff offer psychological counseling to up to 50 women. However, this service is limited only to those who have access to cell phones, something majority of victims do not have.

Women’s protection groups have recognized that harm comes in many forms for women at home during the COVID pandemic—and are working to prevent infections as well as domestic violence. The Afghan Women’s Network has launched fundraising campaigns to distribute essential food and hygiene supplies. The Afghan Women Education Center is providing food to some 165 families in Kabul and Nangarhar and providing school supplies in displaced persons camps to raise awareness on ways to prevent and minimize the spread of the virus.

Afghan society needs an attitudinal shift at the grass-roots level to build recognition that violence within a home is just as tragic as violence spawned by war. Civil society, particularly women’s groups, can facilitate dialogues on these issues and bring men and women together to develop a more comprehensive definition of human security. The Afghan government and society at large can take these immediate measures to prevent and redress violence against women during the pandemic and beyond.

The pandemic puts in stark relief the many challenges Afghan women face and the lack of progress the country has made in how it accounts for gender in policy. The last thing beleaguered Afghan women need is to be made more vulnerable because of COVID prevention protocols. Their voices must be heard—and their input should drive policy. It’s time for the Afghan government and society to ensure women’s rights are not a casualty of other pressing concerns, like the peace process or the pandemic.

Afghanistan’s government is accelerating its release of thousands of Taliban prisoners as a step toward peace talks, President Ashraf Ghani told an online audience today. The number of prisoners freed should now surpass 3,000, Ghani said, announcing that 2,000 more will be released “within a very short period.” That move, taking the total of freed Taliban fighters to 5,000, would fulfill a central Taliban pre-condition for peace talks. Ghani voiced optimism that a rare “window of opportunity” has opened for peace negotiations, but said further steps are vital to seize the chance to end the nation’s 40-plus years of warfare. 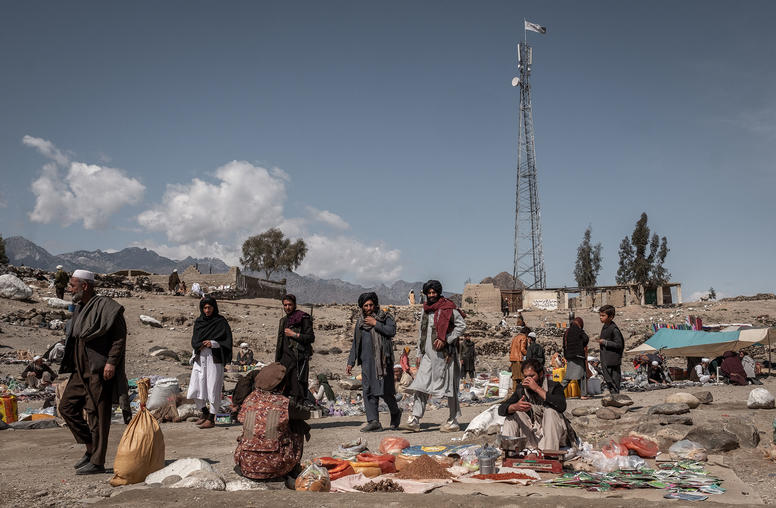