This report examines the Russian government’s posture toward and reasons for involvement in conflicts in less-developed or fragile contexts. The views expressed in the report are those of the author and are not necessarily those of the U.S. government.

Paul M. Carter, Jr., is a State Department Senior Fellow in USIP’s Office of Strategic Stability and Security. He is a career member of the Senior Foreign Service, and most of his career as a diplomat and scholar has focused on Russia, the Soviet Union, and other countries of Europe and Eurasia. From 2017 to 2019, he was the US consul general in Yekaterinburg, Russia. He is the author of Chief Ideologist: M. A. Suslov and the “Science” of Communism in the USSR, published (in Russian) by Moscow State University in 2003. 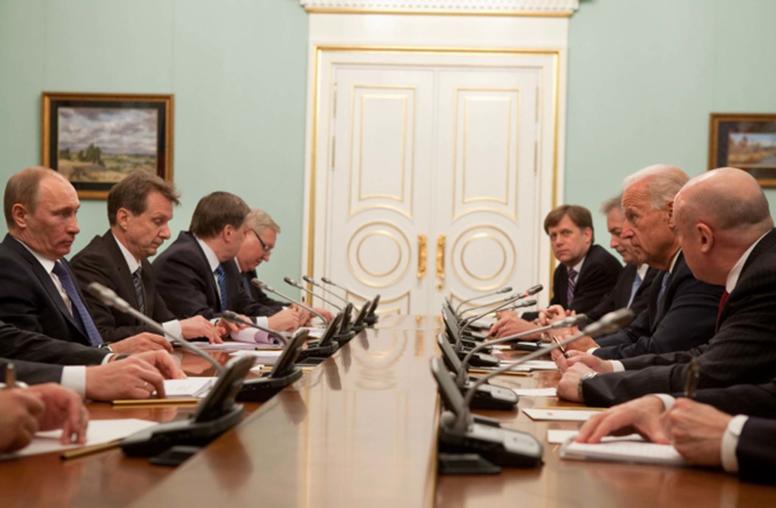 With relations between the United States and Russia at a low point, the incoming Biden Administration faces the challenge of finding the right balance between showing firmness toward the Kremlin and engaging on issues of mutual interest, above all arms control. President-elect Joe Biden has indicated he may agree to extend the New Strategic Arms Reduction Treaty (New START) for five years, a decision that could clear the way for further negotiations. But while extension of New START could lead to discussions on other areas of arms control, the potential for breakthroughs in the U.S.-Russia relationship appears dim.