During the three years that the “Vision to Improve the Lives of the Palestinian and Israeli People” percolated, Jordan made clear its position on how the Israeli-Palestinian conflict must be resolved. It can be summarized in four words: the Arab Peace Initiative.

Jordan insisted that the only path to peace included a Palestinian state on pre-1967 lines, with East Jerusalem as its capital, accompanied by a just and agreed resolution to the refugee question. The Kingdom repeatedly rejected any change to these parameters, long accepted by the international community. Given its location and the fact that a significant percentage of its population is of Palestinian origin, Jordan’s position reflects its own national security interests.

While Jordan worries that the U.S. underestimates the deal’s potential impact on its interests and stability, the administration regards Jordan’s concerns as exaggerated. The American ambassador to Israel, David Friedman, has said “he did not believe the plan would promote a violent reaction among the Palestinians, and said the United States would coordinate closely with Jordan, which could face unrest among its large Palestinian population over a plan perceived as overly favorable to Israel,” according to the New York Times. However, Jordan’s prime minister, Omar Razzaz, indicated that none of the plan’s elements were discussed with the Kingdom before it was unveiled.

In the lead-up to the plan’s release, Jordan was concerned that American and American-induced Gulf pressure was pushing the Kingdom to accommodate the proposal. Officials worried that rejection of the “Vision” might damage Jordan’s longstanding warm relations and bipartisan U.S. support. As the third largest beneficiary of annual U.S. foreign aid after Afghanistan and Israel, Jordan received $1.5 billion in 2018 and $1.3 billion in 2019, a similar figure estimated for 2020 and $7.4 billion over 10 years to fund projects in Jordan in the context of the $50 billion proposed by the U.S. in the economic framework of the U.S. plan—economic assistance its economy depends on. Razzaz was forced to thread the country’s interests, saying Jordan “will never mix political aspirations with financial deals” while also stressing that "Jordan's relationship with the U.S. is deep, historic and strategic … we are not worried that that strategic relationship will be affected by this.”

Yet the Trump Plan also arrived as Jordanian-Israeli relations reached an “all-time low,” according to King Abdullah.

Jordanian-Israel Relations at a Crossroads

Looking ahead, three main issues threaten Jordanian-Israeli relations: 1) the return of the narrative on the Israeli right that “Jordan is Palestine”; 2) Israeli annexation plans’ potential effect on the two countries’ peace treaty—an impact King Abdullah said on May 15 could lead to a “major clash”; and 3) an undermining of Jordan’s historical role in Jerusalem.

Jordan as Palestine. Some Israeli right-wing circles have revived the narrative that Jordan is an alternative homeland for the Palestinians—an assertion virtually abandoned after the signing of the Jordanian-Israeli peace treaty in 1994. King Abdullah has vociferously rejected settling more Palestinian refugees in Jordan. But, with an empowered right wing in Israel, the Kingdom is increasingly concerned that Israel may try to resolve its demographic problem at Jordan’s expense.

Annexation. Jordan fears unilateral Israeli annexation in the West Bank, a move that would undermine the Palestinian Authority (PA), regional stability and the Israeli-Jordanian peace treaty. The risk has become more acute with a new unity government cementing the continued leadership of Prime Minister Benjamin Netanyahu, who recently said annexation could happen “within months.” Most immediately, annexation would probably force the PA to reduce security coordination with Israel and could even lead to the PA’s collapse. Annexation could also destabilize East Jerusalem and the West Bank, which, by design or default, might force an influx of Palestinian refugees into Jordan. Such a scenario would upset the country’s stability and its demographic balance, stressing the Kingdom—already home to millions of refugees—potentially to the point of collapse.

Jordan’s security and intelligence cooperation with Israel is a mutually beneficial arrangement that Israel regards as instrumental to its security; a retired senior Israeli military official recently described Israel’s eastern air-defense border as the Jordan-Iraq frontier. It would be “reckless,” he said, to risk this asset by annexing the Jordan Valley and poisoning relations with Amman.

He is not alone among former high-level security officials in Israel sounding the alarm over the implications of annexation. Tamir Pardo, a former head of Israel’s foreign intelligence agency, for example, warned that annexation could bring Iran “right to Israel’s doorstep.” More importantly, Jordan firmly believes that annexation would violate the 1994 peace treaty. Razzaz has warned that Trump’s Middle East plan could “jeopardize the treaty,” push it into a “deep freeze” and erode the regional stability the treaty sought to achieve. The reasons are clear: the treaty delineated the border between Israel and Jordan, leaving the border with the occupied West Bank, to later become a Jordanian-Palestinian border. Article Three of the treaty stipulates that borders between the two countries are set without prejudice to the status of any territories that came under Israeli control in 1967. In the context of the tense relations, in 2019, Jordan refused to renew a 25-year lease of two small areas along their border granted to Israel under the 1994 peace treaty. Jordan will not accept delineating annexed borders between Jordan and the occupied West Bank with Israel.

Jerusalem. Third, the Kingdom sees three major difficulties in the status of Jerusalem proposed in the Trump Plan:

The plan also abandons status quo restrictions on non-Muslim prayer on the Esplanade, another tenet of the historic arrangement that Netanyahu reaffirmed in October 2015 following U.S.-brokered understandings between Jordan, Israel and the Palestinians to restore calm in the wake of violence at the site. A perennial flashpoint in the conflict, disruptions to this status quo arrangement risk further rounds of religiously motivated violence.

Opposition to the plan has actually strengthened ties between Jordan and the Palestinians. But in any case, Jordanian positions toward the Israeli-Palestinian conflict have little flexibility—social tensions between different segments of Jordanian society could erupt if Jordan is seen to concede Palestinian rights under American pressure. A significant percentage of Jordan’s population counts itself as Palestinian (with 2 million registered as refugees) and in Jordan, the grievances of Palestinians are considered domestic issues.

Jordan is therefore navigating a tense situation; it is maintaining a peace treaty with Israel while significant objections to bilateral cooperation is a feature of Jordanian society. Recently, for instance,Jordan and Israel reached a mutually beneficial gas deal, but the government faced a huge public backlash, including from parliament. Until the conflict is resolved, the potential for economic cooperation between Israelis, Palestinians, and Jordanians will remain unfulfilled.

Jordan on the Brink

So, Jordan’s complex external environment is further compounded by the delicacy of its internal challenges. A moribund economy has long been stressed by high unemployment, a substantial budget deficit, corruption, and waves of refugees from fighting first in Iraq and then Syria. Almost simultaneously, assistance from the Gulf declined over political disagreements. While protests against the government were frequent before the COVID-19 pandemic, the virus’s repercussions stand to be devastating across sectors.

With each passing day, Jordan’s internal stressors and external pressures seem to rise, while the options to address them seem to dwindle. One can never tell which straw will break the proverbial camel’s back. Wise leaders would seek to lighten the load. 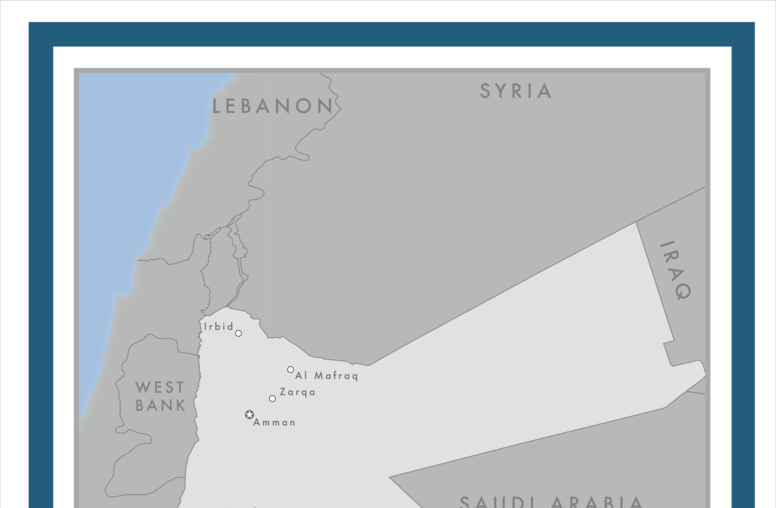 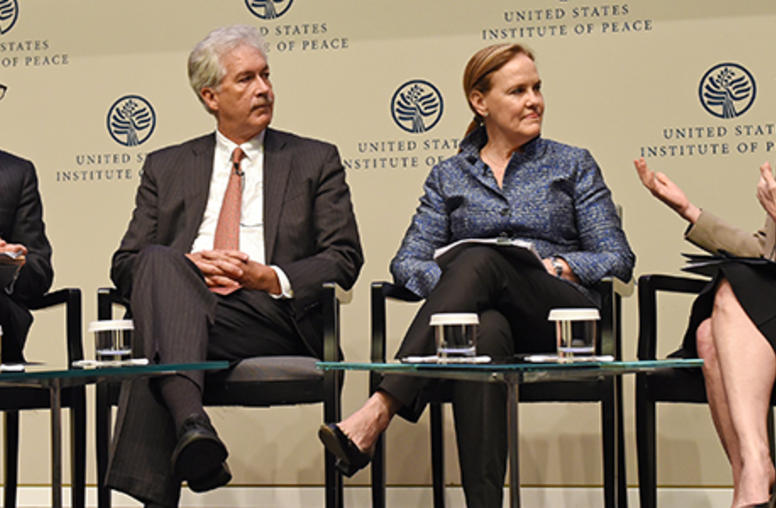 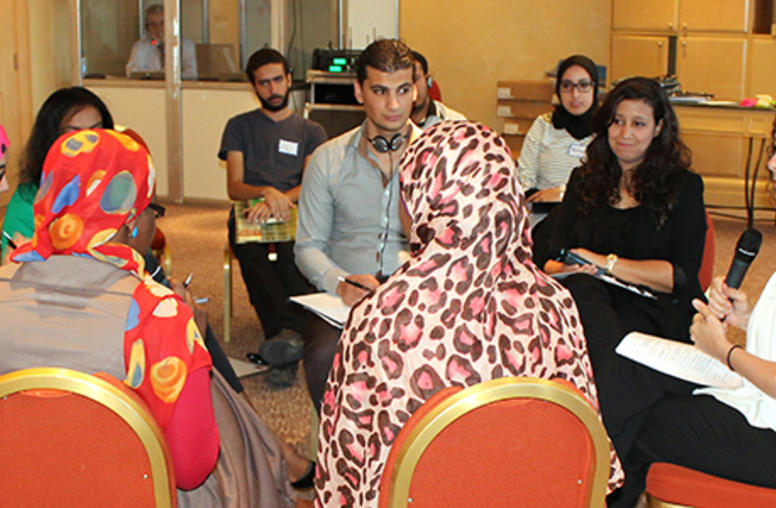 Amid Yemen’s turmoil, a 27-year-old woman living in the capital Sana’a works against the odds – political and personal – to strengthen the ability of the country’s young women to promote a more inclusive society. Through a program called Generation Change, the U.S. Institute of Peace aims to support young leaders like her across the Middle East and Africa who face obstacles, even beyond the obvious security risks, that threaten the effectiveness and longevity of their work.