The landmark agreement reached between the governments of Serbia and Kosovo on April 19th in the latest round of normalization talks lays out policies for governing the mixed or predominately ethnic Serbian municipalities in northern Kosovo. But given the security and political challenges, and absent implementation support, the 15-point plan could instead generate significant instability.

The landmark agreement reached between the governments of Serbia and Kosovo on April 19th in the latest round of normalization talks lays out policies for governing the mixed or predominately ethnic Serbian municipalities in northern Kosovo. But given the security and political challenges, and absent implementation support, the 15-point plan could instead generate significant instability.

At first glance, the agreement appears to be a promising and momentous step towards normalizing relations.

During talks facilitated by the European Union in Brussels, Serbia agreed to recognize the government of Kosovo’s authority in predominately ethnic Serbian municipalities in return for Kosovo granting greater autonomy. In practice, this involves the formation of an Association/Community of Serb-majority municipalities that has its own appeals court based in northern Kosovo’s currently divided town of Mitrovica, and a police force made up of ethnic Serbs but operating as part of, and paid by, the Kosovo Police. According to the agreement, the Association/Community will have authority over economic development, education, health, and urban and rural planning.

The agreement is a diplomatic victory for all parties involved and worthy of congratulations. Both sides have something important to gain out of normalized relations. Serbia gets a start date for European Union accession talks, an objective promised by past and present governments for the past decade. Kosovo gains the guarantee that Serbia won’t obstruct Kosovo’s path towards European integration. Normalization of relations is a precondition for either nation’s entrance, according to the EU, and will open the door for economic growth and further regional integration and development.

Relations between the two sides have remained at a low boil, occasionally bursting into violence, since a bloody military conflict that began in 1998 and ended only after NATO air strikes in March to June 1999 drove the Serbian forces of then-President Slobodan Milosevic out of Kosovo. The government of Kosovo declared independence from Serbia in 2008 and has gained recognition from the U.S. and all but five member states of the European Union. Much of the remaining ethnic strife has played out in northern Kosovo and in the predominately ethnic Serb municipalities. There are approximately 50,000 ethnic Serbs living in the North (about 95% of the area’s population) who, for the large part, do not recognize Kosovo’s territorial claim or governance structures.

International supporters of normalized relations between the two sides, including the United States and the European Union, are rightfully encouraged by this new development.

But the work is far from over. Constant vigilance, neutral support, and plenty of carrots from the international community will be necessary to meaningfully address the complex sensitivities between Serbia and Kosovo. As U.S. Representative Dana Rohrabacher (R-CA) pointed out in advance of subcommittee hearing today entitled “Kosovo and Serbia: A Pathway to Peace,"  “the U.S. Congress needs to make sure that the State Department is playing a constructive role and supporting policies” that address the issues, “not just paper over them.”

To make sure the potential positive implications of an agreement achieved over a conference table aren’t stalled in the hallways of Brussels, Belgrade, and Pristina, leaders on all sides will need to win support at home. Signs of challenges ahead are already visible. Although the governments of Serbia and Kosovo approved the accord, nationalists of both ethnic groups in Kosovo protested the agreement over the weekend. Many Serbs say too much was sacrificed, even though Serbia didn’t accede to recognizing Kosovo’s independence, and a point permitting integrating Kosovo into international organizations—such as the United Nations—stalled talks and was eventually abandoned. Serbia’s ally, Russia, has blocked Kosovo’s recognition with its veto power in the UN Security Council.

The time may soon be ripe for increased efforts at reconciliation and to step up support for rule of law and good governance as ways of easing tensions and addressing basic grievances that fuel violence. Such efforts often are best begun at a very local level, with agreed-upon school curricula, for example, rather than banking on reforms trickling down from high-level negotiations. The provision in the Serbia-Kosovo agreement giving Serbs autonomy over education risks perpetuating any harmful stereotypes and historical propaganda that already exist, planting the seeds of continuing animosity.

As a major donor of aide for Kosovo and keeper of the keys for Serbian entry into the union, the EU plays a key role in moderating each side. The European Commission (EC) met April 22nd and, in part due to Serbia’s engaging “actively and constructively” with Kosovo, agreed to open EU membership talks with the aspiring state. The EC also recommended opening talks with Kosovo towards reaching a Stabilization and Association Agreement (SAA), a preliminary step for EU entry. Both of these dialogues should be transparent and the progress meaningful, to serve as leverage alongside the Pristina-Belgrade talks, which will continue until full normalization of relations. The SAA, which comes with a financial- and technical-assistance package, coupled with other institution-building measures in Kosovo, could result in significant progress, given the 15-point plan.

Nurtured actively and carefully, this latest diplomatic achievement can ultimately lead to fully normalized relations. It will just need constant reinforcement by all sides in the process.

Hanne Bursch is a USIP program assistant to Senior Adviser Stephen Hadley and earned her master’s degree from Georgetown University in European studies.

Europe Takes the Lead in the Balkans

WASHINGTON--As the geo-strategic focus of the U.S.... 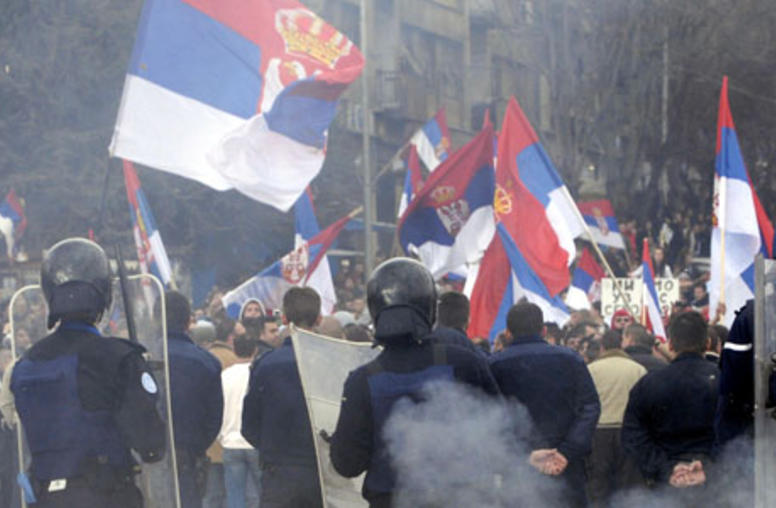 A group of eight Kosovar Albanian women visiting the U.S. for six weeks said reconciliation is progressing in parts of Kosovo, and they expressed hope that a historic agreement this year to normalize relations with neighboring Serbia might ease tensions in majority Serb North Kosovska Mitrovica, Leposavić, Zvečan and Zubin Potok. 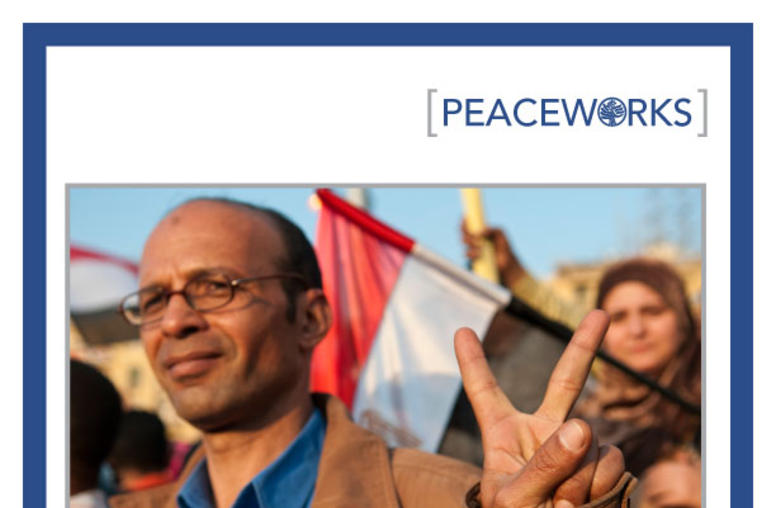