“After the acclaimed NATO Transformed, David Yost's NATO's Balancing Act demonstrates once again why the author ranks among the leading experts in his field: those who want to understand NATO's internal and external challenges will not find a more thorough analysis.”
—Michael Rühle, Emerging Security Challenges Division, NATO

NATO has come under increasing fire for its structural constraints, shortcomings in burden sharing among its members, and disagreements about threat assessments and priorities. Despite these serious challenges, longtime NATO watcher David Yost argues that the Alliance is no Cold War dinosaur.

NATO’s Balancing Act evaluates the alliance’s performance of its three core tasks—collective defense, crisis management, and cooperative security—and reviews its members’ efforts to achieve the right balance among them. NATO has retained its original collective defense and positive political change missions, but it has also undertaken crisis management operations and addressed nontraditional threats, such as energy and cyber security, terrorism, and the proliferation of weapons of mass destruction.

This volume examines the evolving security environment and its implications for collective defense before turning to the Alliance’s crisis management efforts in the Balkans, Afghanistan, Africa, and Libya. Yost also considers the possibility of NATO’s further enlargement, the complexities of its partnerships with other international organizations, and its shifting relationships with Russia, Ukraine, Georgia, Mediterranean and
Persian Gulf states, and the Asia-Pacific region.

Whether NATO can maintain cohesion and perform its tasks effectively is a question of fundamental importance for U.S. and international security. NATO’s Balancing Act calls for a constructive path forward, including balanced engagement with Russia, missions beyond Europe as necessary, and enhanced partnerships with international organizations and nations.

David Yost is a professor of international relations at the Naval Postgraduate School in Monterey, California. He has written extensively on European security issues, particularly regarding France and NATO. During 1996–97, Yost was a senior fellow at the United States Institute of Peace.

As Russia’s war in Ukraine unfolds, USIP’s Heather Ashby says the United States should “keep an eye on Russia’s security partnerships with [African] countries” and pay close attention to “whether the rise in fuel prices or food scarcity trigger any type of unrest” on the continent. 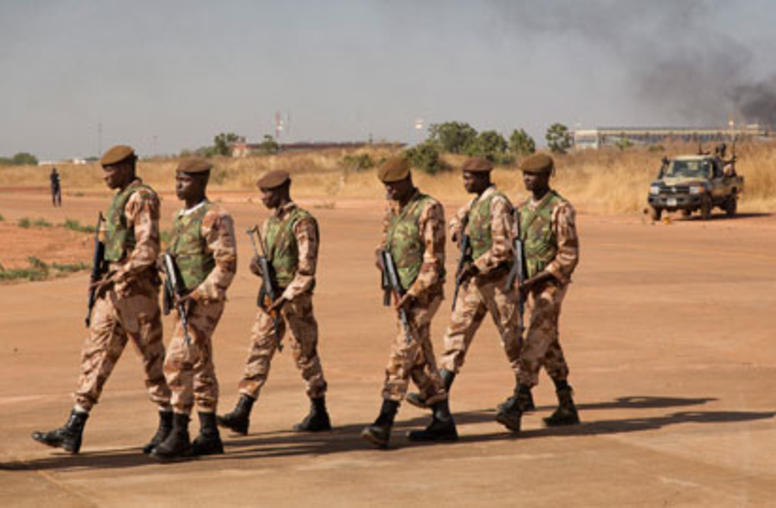