Environmental peacebuilding is a rapidly evolving field of research and practice, but it has thus far paid limited attention to the multifaceted roles of armed actors in conflict and cooperation over natural resources. This oversight exists even though both state security forces and nonstate armed groups can shape the governance of natural resources and influence resource-related conflicts in important ways.

This report argues that greater attention to the role of armed actors in environmental peacebuilding is needed. It outlines three dimensions of environmental peacebuilding where armed groups and state security forces have significant influence: first, economic development projects that involve changes to natural resource governance; second, initiatives to foster trust by promoting collaboration over environmental or resource issues; and third, efforts to build strong and legitimate governance institutions.

To accurately assess how armed actors shape environmental peacebuilding, it is important to acknowledge their variable and multifaceted role in resource governance and resource-related conflict and their diverse motives for resource extraction. It should also be recognized that aside from engaging in environmentally destructive behavior, armed actors can also engage in efforts to protect the environment and biodiversity. Finally, armed actors not only shape the economic aspects of resource-related conflicts; through their rhetoric and links to civilians, they also influence the social and identity-related dimensions of these conflicts.

The report draws on field research in and around protected areas in the war-affected eastern parts of the Democratic Republic of the Congo. Its findings and recommendations are also relevant to other conflict and post-conflict contexts where armed actors shape resource governance and resource-related conflicts.

This report argues that integrating armed actors into the study and practice of environmental peacebuilding is crucial for placing the field on a firmer conceptual footing and for improving environmental peacebuilding programs and projects. It draws on the authors’ fieldwork in eastern Democratic Republic of the Congo, particularly in and around Virunga National Park and the Itombwe and Okapi National Reserves. This report is based on a research project funded by a grant from the United States Institute of Peace. 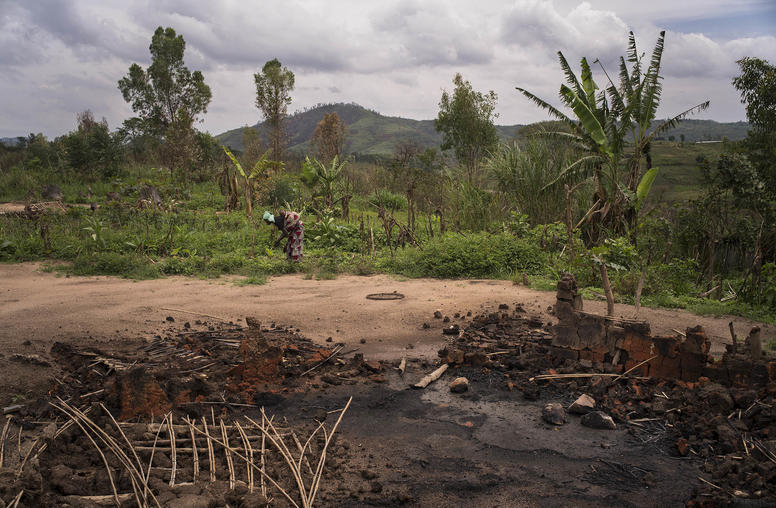