When Chad’s longtime President Idriss Déby was killed in April 2021, a group of military officers led by Déby’s son, Mahamat Idriss Déby, took control of the country and outlined an 18-month transition back to civilian rule. A crucial part of the transitional timeline was the promise of an inclusive national dialogue, which would be tasked with forming a national consensus on constitutional reform, election plans and other contentious political issues. After numerous delays, the long-awaited national dialogue finally opened in the capital N'Djamena in late August — just two months before the transition was slated to end.

The slow progress of the ruling Transitional Military Council (CMT) in organizing the national dialogue frustrated many citizens. And the absence of several major political players and some rebel groups has called into question the dialogue’s inclusivity and, by extension, its ability to create a democratic path forward for Chad. The forum concluded on October 8, and with the recent decision to extend the transition by another 24 months, many are worried that the country could be plunged into a period of uncertainty.

However, the national dialogue managed to bring together about 1,400 participants from the ruling junta, civilian and military opposition, as well as civil society, professional, religious and traditional circles. There is no doubt the dialogue featured a diverse — albeit incomplete — set of voices from across Chad, offering an unprecedented opportunity to engage in open debate and build toward national cohesion.

This makes the post-dialogue period especially important — not just for implementing the agreements made during the national dialogue, but for continued engagement with the actors who did not participate. Tensions will undoubtedly be high, but by seeing the national dialogue as a foundation for further engagement, Chadian leaders can put the country on a path toward a more stable and peaceful future.

After a peace deal secured the participation of many rebel groups on August 8, the national dialogue opened 12 days later on August 20. Also known as the Inclusive and Sovereign National Dialogue (DNIS), the forum was intended to bring together all the disparate stakeholders in Chad.

However, some key players — such as the Front for Change and Concord in Chad, the “Les Transformateurs” party, and the Wakit Tama collective — were notably absent. Those groups demanded the release of prisoners of war and political detainees, as well as prior assurances of the sovereignty of the dialogue. They also sought guarantees that members of the CMT and transition leaders would be ineligible to run in future elections and that members of the proposed transitional government and assembly, the National Transitional Council, could not be replaced.

Confrontations between security forces and demonstrators from these absent parties escalated tensions in the first weeks of the DNIS. In one incident on September 3, an unapproved parallel meeting led by Les Transformateurs was violently dispersed by the Ministry of Public Security, which arrested activists and detained the party’s president along with his supporters. A mediation led by religious leaders, diplomats and others was required to ease the tensions and orchestrate the release of 279 activists and sympathizers.

Inclusiveness is the only way to guarantee representation of the range of views and sensibilities across the political spectrum and allow for genuine debate. Nevertheless, the boycott of the dialogue from the start of the process by some key political and military players reflected a lack of inclusion. In addition, other important players withdrew during the course of the dialogue, such as the Catholic Church, several professional orders (including the lawyers association), the president of the National Human Rights Commission, and several political parties and civil society organizations — further calling into question the dialogue’s claim to inclusivity.

Inside the National Dialogue

The discussions inside the DNIS were no less contentious. During the dialogue’s proceedings, freedom of discussion was observed, with many contradictory debates — as well as direct and public questioning regarding the management of public affairs.

However, two problems arose that placed asterisks on the dialogue’s claim to freedom of discussion. Despite adjustments made later in the dialogue, the Presidium — the body mandated to direct the debates and agenda — was not appointed by consensus. Second, most committee and subcommittee leadership teams had a close relationship with the former ruling party.

For the dialogue’s recommendations to be meaningful and help advance peace, they need to be grounded in open and fair discussions. However, it is unclear whether the Presidium remained sufficiently neutral or ensured that resolutions reflected the true aspirations of Chadians.

On the various issues discussed, the Presidium could only stick to the conclusions submitted on the basis of consensus among the participants. However, most the participants in the DNIS were either members, sympathizers, or had close proximity to the old system and regime. This certainly undermined the neutrality and fairness of the dialogue and its resolutions — especially in light of some of the conclusions made.

Despite significant criticism, the DNIS decided that members of the CMT, such as President Mahamat Déby, would be eligible to run in the next elections and that the transition period would be extended for another 24 months.

The DNIS conclusions also included plans to organize a unique referendum to choose the form of the state and adopt a new constitution, as well plans for the dissolution of the CMT. However, President Déby will retain his role and was recently inaugurated for another two-year term as head of the transition.

Key questions regarding the management of the future electoral process — or even the administrative division of governance — were evaded by the dialogue.

Shaping Perceptions in the Post-Dialogue Period

The post-dialogue period could mean higher risks for political turbulence, mistrust among parties, social disobedience and radicalization. And in such an uncertain environment, Chadians will need to keep communication open to avoid regression. Some of the responsibility will be on transitional authorities and DNIS stakeholders — but Chadian media will also play a crucial role as the transition process continues to unfold.

That’s why USIP partnered with the Center for Research in Anthropology and Human Sciences, based in N'Djamena, to organize a workshop with Chadian media leaders to strengthen their ability to support citizen participation at all stages of the transition and increase the public’s understanding of the international community’s relevance in the process.

The workshop recommended that journalists pursue objectivity and neutrality in reporting information and that priority should be given to solutions-driven journalism that offers constructive perspectives on how to address unresolved issues during the transition. For example, Chadian media could highlight the key issues, or “elephants in the room,” that have not been sufficiently addressed in the DNIS — such as the electoral process and justice and accountability measures — to build a citizen conversation on the next steps needed for Chad’s transition.

Where Chad Goes from Here

Regardless of its shortcomings, the DNIS is a key step in the continuation of the transition — its recommendations will set in motion the drafting of a new constitution, a new timetable for the transition and the upcoming elections. Chad cannot afford to miss the mark. Peace and security for the country, its citizens and the wider region is at stake.

The continued support of international diplomacy can help strengthen the credibility of the process, keep actors at the table and leave the door open for those who have yet to join. International partners like the United States could take the following measures:

Dr. Yamingué Bétinbaye is a researcher at the Center for Research in Anthropology and Human Sciences (CRASH) based in N'Djamena, Chad.

Dr. Hoinathy Remadji is a member of CRASH’s board of directors. 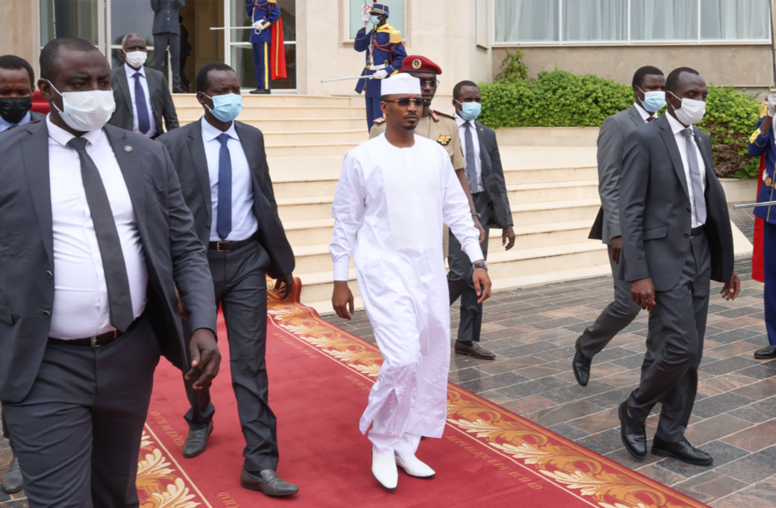 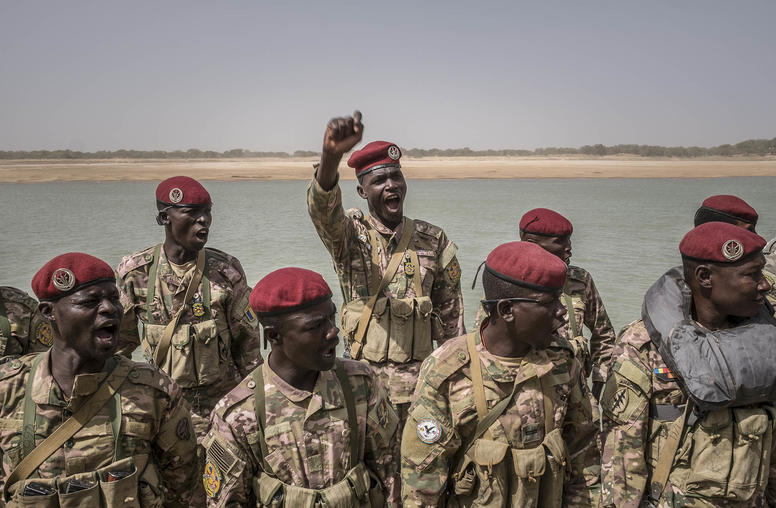 On May 14, demonstrations against France’s influence in Chad turned violent, injuring several policemen and leading to damage at several French-owned gasoline stations in Chad’s capital city of N'Djamena. Wakit Tamaa, the civil society and opposition coalition that called for the demonstrations, had organized the event for participants to express their disapproval of French military influence in the country — including perceived French support for the Transitional Military Council (CMT) that has ruled the country since April 2021.

On May 14, demonstrations against France’s influence in Chad turned violent, injuring several policemen and leading to damage at several French-owned gasoline stations in Chad’s capital city of N'Djamena. Wakit Tamaa, the civil society and opposition coalition that called for the demonstrations, had organized the event for participants to express their disapproval of French military influence in the country — including perceived French support for the Transitional Military Council (CMT) that has ruled the country since April 2021.