With President Ortega now attacking the Catholic Church, USIP’s Mary Speck says Nicaragua’s democratic backsliding “has gone further than any other country” in Central America — noting the risk that regional leaders could follow Ortega’s lead after they “see what [he] has been able to get away with.”

Julie Mason: Give us the overview on Nicaragua in the region. What's happening there?

Mary Speck: Well, Nicaragua, the region in general, has faced, is going through a process of democratic backsliding, we might say, leaning toward authoritarianism. And Nicaragua has gone further than any other country. Nicaragua, now, Daniel Ortega was elected last year after throwing most of the major opposition candidates in jail. Now he's shut down many NGOs, basically crushed independent civil society, and now he's taking on the Catholic Church, which was one of the few independent institutions left in the country.

Julie Mason: It actually seems somewhat unthinkable, taking on the Catholic Church in Nicaragua. To what end? And how is he succeeding?

Mary Speck: Well, it is amazing that he has taken on the church because Nicaragua is a very, quite fervently, Catholic country. And the church in the past has been actually asked by the government to mediate. But he has apparently decided many, some priests have criticized the government for its repression and urged, although they've rejected violent protests, they are urging the government to move toward democracy, to restore democratic space in the country. And most recently, one of the most outspoken prelates in Nicaragua, the bishop of Matagalpa, was recently arrested. He'd been under house arrest for two weeks. And then the government finally got tired of that and moved in to take him out of his house, put him under house arrest in Managua and sent a number of other priests with him to El Chipote which is a rather notorious prison in Managua.

Julie Mason: Wow. Ortega also banned religious processions. How are the people responding to this?

Mary Speck: Well, it's hard to say. The people are very much intimidated. There's certainly outrage on the part of the Nicaraguans who can speak out, but most of the Nicaraguans who can speak out are in fact in exile. There are 10s of 1000s of exiles in Costa Rica now and of course, many in other countries, including the United States. So he has, even several months ago, he shut down dozens, I think it was 200, NGOs withdrew the license that they need to operate, claiming that they were foreign agents who hadn't filed the proper financial reports. So he has taken drastic steps to consolidate his rule and to quash any dissent at all.

Julie Mason: Authoritarianism, not just for Europe anymore. Dr. Speck, what about other countries in the region? Are they following this lead? It seems to be working for Ortega.

Mary Speck: That's the thing. The problem and what the fear of activists, media and other countries, not only the fear, the reality for them, is that other countries have done the same thing, following Ortega's lead, not necessarily because they agree with him. He's an outlier. The other governments, with the possible exception of Honduras, they're not leftist. And even in Honduras, it's definitely kind of a center-left government. But in Guatemala, the president is conservative. In El Salvador, Bukele is a populist. They don't share Ortega's ideology, but they look at Nicaragua and they see what Ortega has been able to get away with. That he's been able to defy the international community, most particularly the United States. He survived sanctions. And so, other countries' presidents are consolidating their power, also taking action against the media and NGOs and defying U.S. sanctions.

Julie Mason: More than a dozen Guatemalans facing sanctions. Is that from the United States?

Mary Speck: Yes, well, the United States has tried to be careful with its sanctions. It's generally imposing targeting individuals. So, in Guatemala, it has targeted some of the judges and prosecutors who have been throwing opposition leaders or have been pressuring the opposition and also are accused of corruption. Guatemala had been a, had taken, gone further in anti-corruption efforts with its international commission a few years ago. Now it's gone in the opposite direction. So, the United States has targeted individuals, but it has not imposed blanket sanctions on Guatemala. It's also targeted top officials in the El Salvadorian government.

Julie Mason: What would a constructive role by the U.S. in this region look like?

Mary Speck: You know, there's no easy role for the United States. It has to balance measures against those who are corrupt and those who are repressive. But it also has to offer something positive. So far, the policy of the United States seems to rely, or at least publicly relied largely on sanctions, of course, we're a major source of bilateral aid for these countries, but it needs to do a much better job of communicating the benefits of democracy. And that's unfortunately, what is happening in the region. It's still very poor, very unequal, and people don't see democracy as helping their lives.

Julie Mason: Right. Aren't the benefits of democracy more obvious when the economy is flourishing?

Mary Speck: Yes. Obviously, COVID has been devastating for Latin America in general and Central America in particular, but even before that, it's a [region] with horrific inequalities. These are very poor countries. And in Guatemala, particularly, the indigenous population, which is about 40 percent of the population, is desperately poor in comparison to the mixed or Latino population.

Julie Mason: Seems a grim business. Where do you think this is heading?

Mary Speck: It's really hard to say. I don't think...The United States has been trying to emphasize more positive efforts. I think it, the U.S. government, realizes it needs a new approach. But obviously, Central America has never been at the top of the U.S. agenda. Efforts to, for example, provide vaccines seem to be. And we've done quite a bit to do things like provide humanitarian aid and vaccines, but they're not publicized. They're not understood. When we do the right thing, we don't get credit. And then when we sanction, we provoke outrage. So, it's a delicate balance. I think we can only play the long game and that is to try to help these economies recover, reach out to the people even as we sanction the corrupt actors in the elite.

Julie Mason: Thank you so much for joining me this morning. 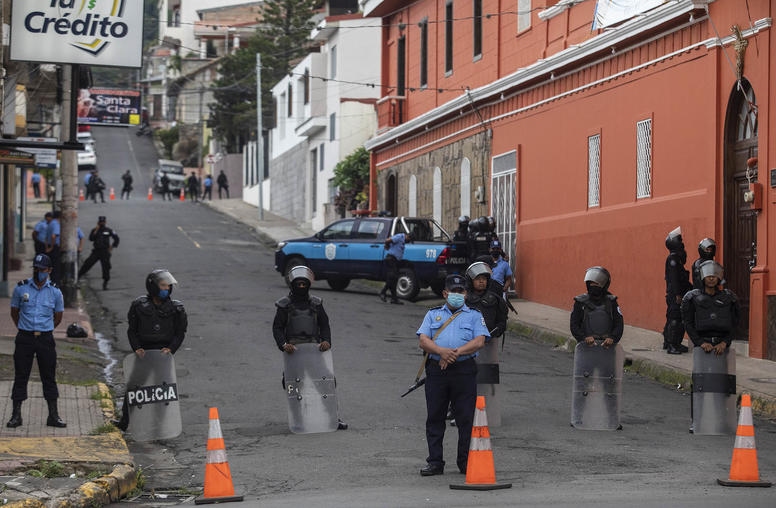 The Nicaraguan government has intensified its confrontation with one of the country’s most popular and historically powerful institutions: the Catholic Church. Police raided the episcopal rectory in the northern city of Matagalpa on August 19, placing a bishop, five priests and two seminarians under arrest. In recent weeks, President Daniel Ortega has shut down seven Catholic radio stations, expelled missionaries and banned religious processions in an effort to silence dissent — even at the risk of alienating the country’s fervently Catholic population. 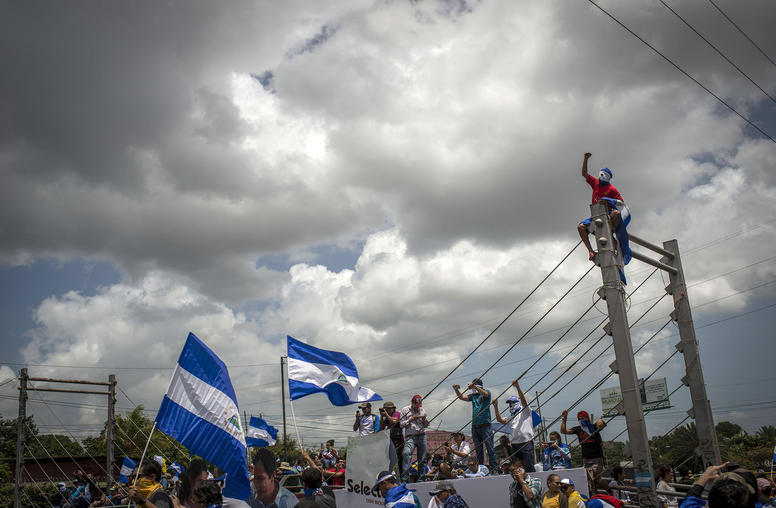