Water resource strain is a global issue. Since 1960, global water withdrawals have more than doubled, from 1.75 trillion cubic meters to 4 trillion in 2014. Overall, 17 countries containing a quarter of the world’s population face “extremely high” baseline water stress (consuming on average 80 percent or more of their available water supply every year) — particularly for irrigated agriculture, industries and municipalities. The planet’s changing climate and inadequate human response could worsen water scarcity enough to force 700 million people this decade to flee their homes in regions as disparate as the Maghreb, the Sahel and Horn of Africa regions, the Levant, and Central America’s “dry corridor,” according to U.N. estimates. That massive displacement would be nearly 10 times our recent, historically high, level of worldwide human displacements from war.

Across these regions, unsustainable water management foments migration, social turmoil, unrest and conflict between neighboring countries. The Middle East and North Africa have been disproportionately impacted by water scarcity. Of the 17 world’s countries experiencing “extremely high” water stress, 12 are in this region, and another seven countries in the region face “high” water stress. Socioeconomic conditions also make the Maghreb especially vulnerable. Poor governance, economic malaise and high youth unemployment have spurred widespread protests. A close relationship between water and politics — Morocco in 2011 and Tunisia in 2014 specifically enshrined a right to water in their constitutions — only increases the chance that problems of water scarcity and water equity will become fundamental political issues.

North Africa, especially, has increased its water use — by 346 percent in Algeria, 337 percent in Libya and 240 percent in Tunisia from 1962 to 2017. All three national increases were among the 15 biggest worldwide.

These countries face the quandary of addressing water scarcity alongside another primary driver of instability: food insecurity. The Maghreb’s dependence on food imports and vulnerability to price increases, notably for wheat, helped fuel protest movements that toppled President Zine El Abidine Ben Ali in Tunisia and spurred political and socioeconomic reforms in Morocco. Since 2020, the COVID-19 pandemic and the Russian war in Ukraine have increased global food prices, with the United Nations’ Cereals Price Index rising over 60 percent by April 2022. Countries’ main step to reduce food insecurity has been to increase agricultural production — yet this has required greater water usage that deepens water insecurity in the Maghreb.

Morocco has perhaps managed this dilemma better than many of its neighbors, dramatically improving food and economic security through agricultural development, while increasing its water withdrawals only 12 percent since 1977. Yet now Morocco expects to reach “absolute water scarcity” (having less than 500 cubic meters per person per year) by 2030. And while Morocco has faced less of the mass protests or domestic upheavals of its North African neighbors, it has witnessed so-called thirsty protests, triggered by water cutoffs in the south.

If Morocco is both one of the more politically stable countries in the region, and one of the more efficient at managing its water resources, then its successes, failures and prospects provide a valuable baseline for evaluating the future of North Africa with respect to water scarcity, food insecurity and political instability.

This new focus on human development is a response to uneven gains under the Green Morocco Plan. Large, industrial farms have accounted for much of the agricultural development, while smaller, poorer agricultural regions have seen slower growth and lower investment. Morocco’s emphasis on export agriculture has also reduced the amount of land dedicated to cereals, making it more dependent on foreign imports.

As the war in Ukraine demonstrates, this reliance increases Morocco’s exposure to external price shocks. Approximately 12 percent of the population live marginally above the poverty line, while middle-class households still use approximately 40 percent of their income on food. These statistics suggest that even marginal price shocks could have dramatic effects on household consumption. So far, government subsidies have insulated citizens from the full impact of rising food prices, but this tactic cannot be sustained long-term.

Given the continuing threat of food price increases to domestic stability, the country has taken few steps to mitigate the growing threat of water scarcity, which has long been seen as zero-sum with food production. The Generation Green Plan has highlighted water resources and environmental degradation as core issues, but they remain clearly secondary to agricultural development.

The government-affiliated Economic, Social and Environmental Council highlighted studies projecting that current water consumption habits, coupled with the effects of climate change, could contribute to a loss of 80 percent of all water resources in Morocco by 2045. The council highlights a threat posed by rapid depletion of underground aquifers, which Morocco has tapped heavily for its agricultural expansion. Aquifers have dropped alarmingly and their water has been degraded by seawater intrusion, nitrate pollution (from fertilizers or sewage) and natural increases in salinity. Given the slow recharge rate of these aquifers, their depletion and degradation will have severe effects on Morocco’s socioeconomic stability.

To date, Morocco has treated food security and economic development as a direct trade-off with sustainable water management. This approach is misguided. As climate change intensifies structural drought and over-farming further stresses water supplies, water scarcity will constrain economic development and raise food prices. These threats will increase dissatisfaction with the government and irregular migration, increasing the likelihood of social and political instability.

Changing national policy is crucial. Morocco has already installed the largest desalination plant in the world and increased its water storage capacity by building dams. But desalination plants are costly and energy intensive, and dams, while effective at addressing cyclical droughts, cannot make up for water losses due to climate change and over-farming.

Improvements in food and water resiliency don’t have to wait for more top-down developments. Morocco can continue to address food insecurity and malnutrition while reducing over-farming by addressing inefficiencies in the food supply chain. Bulk markets in cities such as Fes are notorious sources of food waste at the local level. Cities and rural areas can also invest resources and attention in local organizations that are trying to extend food aid to traditionally under-resourced populations.

Tunisia can also offer lessons on climate resiliency and agriculture. While Morocco has witnessed a dramatic decrease in genetic diversity among its crops, particularly of native species best suited to changing climate conditions, many Tunisian farmers and NGOs have worked to reconstitute these resilient native species. Moroccan farmers can do the same.

One of the most significant challenges will be integrating national, regional and local projects and perspective. By marrying grassroots programming with national-level policymaking, the Maghreb can avoid costly zero-sum thinking and pave the way for a more prosperous future.

Martin Pimentel is a USIP research assistant based in Rabat, Morocco. 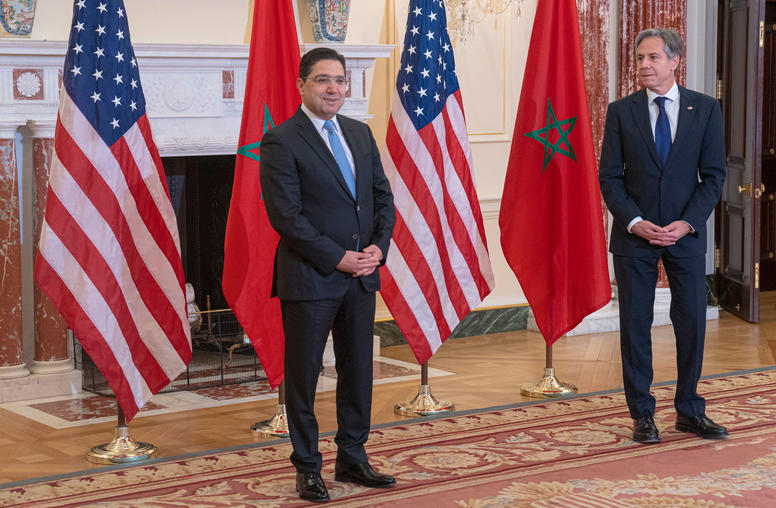 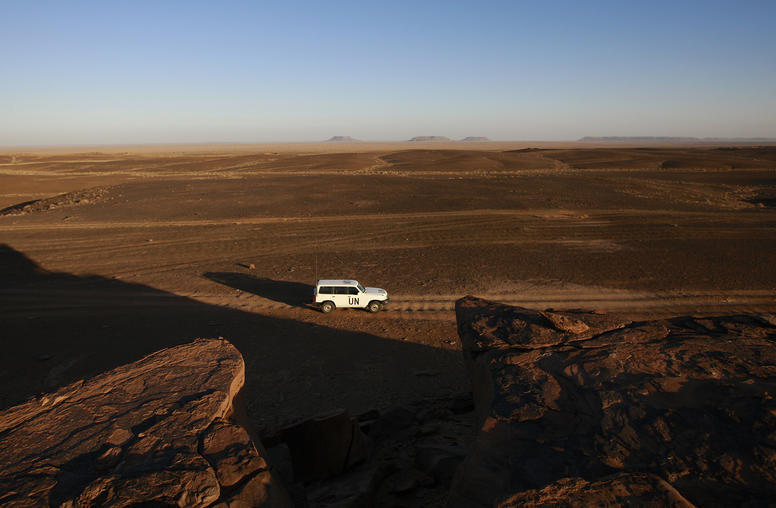