The long-standing rivalry between Morocco and Algeria, which extends to the Western Sahara, has aligned in recent months with the Turkish-Saudi clash, as Morocco has drawn closer to Saudi Arabia and its ally, the United Arab Emirates (UAE), while Algeria is forging closer economic and security partnerships with Turkey. Extremist movements, violent conflicts and uprooted populations in Libya and the nearby Sahel region underscore that U.S. interests, like those of the Maghreb nations, will be served by a diplomatic resolution of the Western Sahara conflict. A slide by the Maghreb into the Saudi-Turkish conflict is likely to only undermine that prospect.

Morocco this year has repaired relations with Saudi Arabia following three years of diplomatic estrangement that began with King Mohammed VI’s decision not to join the Saudi-led blockade of Qatar in 2017. The king, who said he wanted good relations with “his brother kings and emirs of the Gulf countries,” proclaimed neutrality in that clash. But his decision to airlift food to Doha and offer to mediate between the parties was viewed with suspicion by the Saudis and their allies in the Gulf Cooperation Council.

Morocco’s relations with Saudi Arabia and the UAE entered a downward spiral. In late 2018, King Mohammed reportedly scuttled a planned visit to Rabat by the Saudi crown prince, Mohammed bin Salman, after the prince was implicated in the assassination of journalist Jamal Khashoggi. The next year, AlArabiya (a Saudi-owned television channel based in the UAE) aired a documentary that Morocco viewed as too friendly to the Polisario Front, the Sahrawi independence movement that contests Moroccan claims to the Western Sahara. In response, Rabat ended its participation in the Saudi-led military coalition fighting in Yemen’s civil war and it temporarily recalled its ambassadors from Riyadh and Abu Dhabi.

Morocco began to reset its relations with the Saudi-led Gulf bloc early this year, after Algeria’s new government embraced a more activist foreign policy. After the newly-elected Algerian president, Abdelmadjid Tebboune, visited Riyadh in February, Moroccan officials scrambled to arrange a royal meeting between Mohammed VI and Saudi King Salman. The Saudis rewarded Morocco for its diplomatic initiative, postponing an Arab-African summit scheduled for March 16 that the Algerian-backed Polisario Front was expected to attend. Morocco and the UAE exchanged new ambassadors over the summer as part of the diplomatic reset.

🇲🇦🇦🇪
The Minister of Foreign Affairs, African Cooperation and Moroccan Expatriates, Mr Nasser Bourita and the Ambassador of the #UAE , HE Mr Al Asri Saeed Ahmed Aldhaheri, inaugurated, this morning, the Consulate General of the United Arab Emirates in #Laâyoune pic.twitter.com/AqsPj57PFQ

The Moroccan Foreign Ministry announced the opening of the United Arab Emirates consulate in the Western Sahara.

The warmer relations with the Saudi bloc have strengthened Morocco’s hand on its top regional priority: legitimizing its control of the Western Sahara. In October, Saudi Arabia and the UAE reiterated their support at the United Nations for Morocco’s “territorial integrity.” Rabat celebrated the UAE’s decision to open a consulate in Laayoune, the largest city in the Western Sahara, as an implicit recognition of Moroccan territorial claims. King Mohammed VI praised Abu Dhabi’s crown prince, Mohammed Bin Zayed, for his “historic decision” and “unwavering support.”

Alongside Morocco’s revival of relations with the Gulf, its relations with Turkey frayed, largely over trade. In November 2019, Morocco accused Ankara of imposing unfair barriers to Moroccan exports despite their free trade agreement. When talks to resolve the disagreement collapsed, Morocco imposed a 27-percent tariff on Turkish textiles—and then raised it to 36 percent in July. After Saudi Arabia began an unofficial boycott of Turkish goods in early October, Morocco approved new tariffs of up to 90 percent on 1,200 Turkish goods. Turkish exporters complained of unusual customs delays in Moroccan ports, raising suspicions that Morocco had joined the Saudi boycott.

Algeria and Turkey are likely to deepen their diplomatic and economic relations. Erdogan has pledged to increase bilateral trade from $3.1 billion to $5 billion, which would make Algeria its largest trade partner in Africa. Algiers, already Turkey’s fourth-largest gas supplier, agreed to supply liquified natural gas for another five years. Turkish pro-government media have advocated for a stronger partnership, even citing historic ties dating back to the Ottoman Empire.

North Africa’s shifting geopolitical dynamics present challenges for U.S. policymakers, given American interests on both sides of the divide. The Pentagon has courted Algeria and Morocco as security partners for years, most recently to counter Russia’s growing influence in Africa. In October, Secretary of Defense Mark Esper visited both countries and pledged military cooperation. He signed a 10-year, U.S.-Morocco military cooperation deal and promised greater cooperation with Algeria in counterterrorism missions and training.

Increased geopolitical polarization in North Africa—exacerbated by the Saudi-Turkish divide—will make cultivating both partnerships extremely difficult, if not impossible. If tensions between the Turkey and the Saudi bloc escalate in Libya and the Eastern Mediterranean, Morocco and Algeria risk being pulled into a wider regional conflict. A stronger Algeria-Turkey relationship will push Morocco even further into the Saudi orbit and vice versa.

Allowing Middle East rivalries to destabilize the Maghreb further would harm U.S. interests. Regional instability would undermine diplomatic efforts to bring a peaceful resolution to the conflict in Libya, as well as jeopardize recent counterterrorism successes against ISIS and al-Qaida affiliates in North Africa. It would also threaten democratic and security gains in Tunisia, a fledgling democracy and key U.S. partner. Washington maintains influence over its allies and partners on both sides of the divide. The United States needs a political and diplomatic strategy for North Africa that accounts for the Saudi-Turkish conflict. 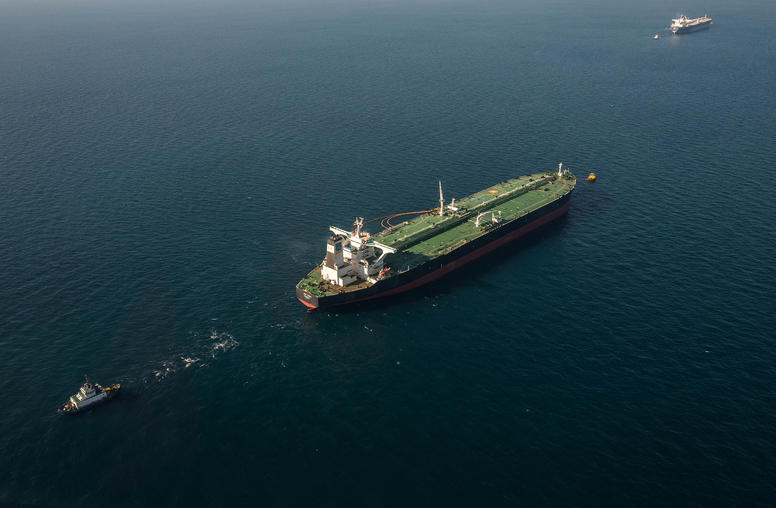 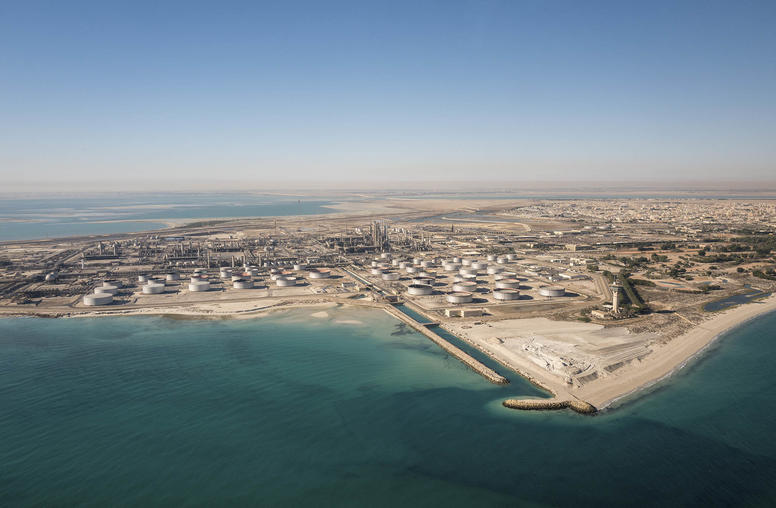 Chinese leader Xi Jinping made a long-rumored trip to Saudi Arabia last week, enhancing ties between his country, the world’s top oil importer, and the leading oil exporting country. Xi and Saudi Crown Prince and Prime Minister Mohammed Bin Salman (MBS) inked a number of deals on oil, technology, infrastructure and security, and also made an agreement to avoid interference in each other’s domestic affairs. Xi also met with leaders from the Gulf Cooperation Council (GCC) and a broader group of Arab leaders. The China-Saudi summit comes amid frosty U.S.-Saudi ties and a perception among Arab leaders that Washington is pulling back from its traditional role in the Middle East, leading to some speculation of a larger geopolitical shift in the region amid the intensifying U.S-China rivalry. 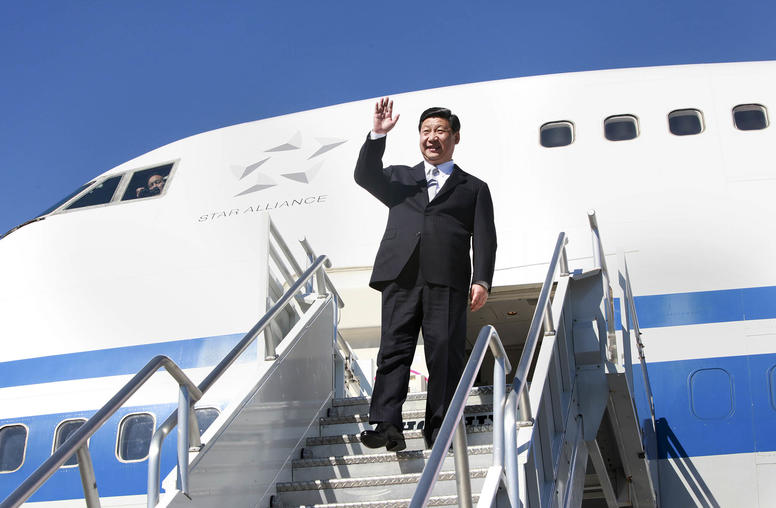 Last month witnessed considerable media speculation that Chinese leader Xi Jinping would soon visit Saudi Arabia in what would be his first trip overseas in two and a half years. However, this trip has yet to materialize. As the recent visit by a senior U.S. congressional leader to Taiwan reminds us, not every high-level government visit is necessarily publicly announced ahead of time. While it appears that Xi will make his first foreign trip since the onset of COVID-19 pandemic for the Shanghai Cooperation Organization (SCO) meeting in Uzbekistan on September 15, it’s worth exploring what these swirling rumors of an imminent Xi trip to Riyadh mean.