How Russia is Winning Parts of the Info-War

While Europeans, Americans and citizens of other developed democracies broadly support international sanctions to halt Vladimir Putin’s invasion of Ukraine, governments and public attitudes are divided across much of Africa, Latin America, the Middle East and Asia. That division is partly a legacy of U.S. actions — including armed interventions, rejections of global treaties or support for authoritarian regimes — that much of the world has seen as immoral or illegal. As America and Europe summon the world to join in costly economic sanctions and other difficult steps in defense of Ukraine, they should recognize that many people in other regions see the West’s appeal as tainted in some ways — for example by the striking differences between the West’s responses to Ukrainian refugees and to non-Europeans fleeing other recent crises, from Afghanistan and Syria to the Democratic Republic of Congo and northern Central America. While inequities and improvements in the world’s refugee responses are complex, the disparate images of the receptions of Ukrainian and other refugees reflect real problems that are strongly felt in the global south.

The Kremlin is racing to sharpen the doubts in the global south that the United States and its allies seek a truly fair international order. Instead, Putin declares, leading democracies are waging a venal campaign to weaken Russia for having the temerity to challenge their global influence. Moscow is pushing this message through its diplomacy, news organs and social media networks, notably in Spanish and French to reach audiences across Latin America and Africa.

This informational war is having a measure of success in two main (and overlapping) sets of nations. One is Russia’s influential economic partners in the BRICS grouping (Brazil, Russia, India, China and South Africa). The other is the collection of disparate countries significantly dependent on Russia. Nations like Egypt, Bangladesh and Kazakhstan rely on Russian supplies of oil, gas, wheat, fertilizer or weapons. In countries such as Syria, Sudan, Mali and the Central Africa Republic, ruling elites rely on Russian troops or mercenaries for their security.

When the U.N. General Assembly condemned Russia’s invasion of Ukraine in a 141-to-5 vote, 17 of the 35 nations that abstained were African. In the April vote to suspend Russia from the U.N Human Rights Council, African states again formed the largest bloc of abstentions — 25 of the 58 total.  Many of those abstaining have economic or security ties to Russia and also weak democratic institutions and human rights records.

The United States, with its allies, aims to build a truly global alliance against Russia’s assaults on its neighbors and on the rule of law. To do so, it must focus its messages on Ukrainian self-determination — and on building the fairer international system that long has been sought by nations in Africa, the Middle East, Asia and Latin America. This means including them more fully in decision-making in the U.N. Security Council and other multilateral institutions.

Analysts have noted how U.S. officials’ rhetoric has shifted recently on the Russia-Ukraine war, moving away from a tight focus on the need to help Ukrainians defend their freedom, and adding emphasis on bringing changes within Russia, including a weakening of its military capacity. Observers have noted that such U.S. messaging risks inadvertently strengthening Putin’s narrative, notably in the eyes of Russians.

That risk is global. In Africa and other regions of the global south, U.S. declarations about weakening Russia — rather than defending Ukraine’s sovereignty and territorial integrity — evoke nations’ past discomfort at having been trapped as targets or proxies between NATO and Russia during the Cold War.

U.S. discussion of the Ukraine war should emphasize the principles of freedom from foreign, authoritarian rule that are familiar to peoples across Africa and other regions that struggled to liberate themselves from colonial control over the past century. Those parallels are vivid. Ukrainians have struggled repeatedly for independence from Russia, notably in the 1910s and since the 1990s. They now are defending themselves against an authoritarian Russian ruler who has sought to build his domestic political legitimacy by expanding control over lands once ruled by Russia under the czarist empire and the Soviet Union — including Ukraine, Moldova, Belarus, the Baltic states, the South Caucasus region and Central Asia.

A message resonant in Africa is opposition to Moscow’s use of military force to seize new territories for the Russian state. For years, Putin has declared that Ukraine is not really a country, that Ukrainians’ identity, statehood and borders are fabrications of erroneous, old Soviet policies. It is only right, Putin argues, for Russia to ignore that statehood and those borders to seize lands that “rightfully” belong to it.

Moscow’s claim of a right to forcibly expand Russia’s borders of course sweeps aside a founding principle of the United Nations, raising hazards for Russia’s neighbors beyond Ukraine — and for Africa. Kenya’s Ambassador Martin Kimani argued eloquently the risks to Africans in his February 22 speech urging U.N. condemnation of Russia’s invasion.

Russia’s “use of force against the territorial integrity and political independence of Ukraine,” Kimani said, parallels Africans’ own victimization when their borders “were … drawn in the distant colonial metropoles of London, Paris and Lisbon, with no regard for the ancient nations that they cleaved apart. … At independence, had we chosen to pursue states on the basis of ethnic, racial or religious homogeneity, we would still be waging bloody wars these many decades later.”

Still, Russia is not the only powerful nation whose actions erode the U.N. Charter, Kimani said. “In one moment, it is invoked with reverence by the very same countries who then turn their backs on it in pursuit of objectives diametrically opposed to international peace and security.”

The Ukraine crisis is an opportunity to strengthen multilateral institutions by making them fairer to the countries that had no voice in shaping the United Nations following World War II, when many of the current 193 U.N. member states lived under colonial rule. By first emphasizing that long-term goal in outreach to African and other nations — and by stressing the defense of human rights and Ukraine’s territorial integrity, rather than an aim of weakening Russia — the United States and other democracies can simultaneously advance their goal of a stronger global coalition to end Russia’s assault and restore Ukraine.

A step in this direction is to work with African nations to reduce the adverse effects of Putin’s invasion and the resulting international sanctions against Russia. These have choked off Ukrainian and Russian agricultural exports, intensifying Africans’ struggles to afford food amid increasing droughts and the COVID pandemic. Following Russia’s invasion, the U.N. global food price index spiked to its highest point ever in March. The war also has inflated fuel costs, hobbling Africa’s economies as they struggle to recover from shocks of COVID and continued climate change. Economists thus predict a significant slowdown this year in the economic growth that is vital to meeting people’s needs and building peace on the continent.

The longer-term goal of fairer international laws and institutions will mean reforming the U.N. Security Council to guarantee permanent representation from Africa, which now represents 16 percent of humanity. The United States should support more seats and greater decision-making power in multilateral institutions such as the Group of Twenty (G20) nations, where South Africa is the only African member. And the international community should take steps to elevate the roles of regional bodies, such as the African Union and the Economic Community of West African States, as part of a more vigorous multilateral system.

The United States and its partners also should work with African countries to strengthen their resilience to Russian influence and disinformation that undermines democracy and supports autocracies. This should include greater financial support to African civil society organizations fighting disinformation.

Joining with African nations now is not only a way to consolidate the global response to the Russia-Ukraine catastrophe. It is an opportunity to manage a change that will define the 21st century, for Africa’s population will triple in the next 80 years, as growth slows in the rest of the world. Thus an increase in Africa’s influence is a reality with which our children will live. The question is whether we will bequeath them a way to manage that change peacefully by including Africans more adequately in the world’s governance systems. 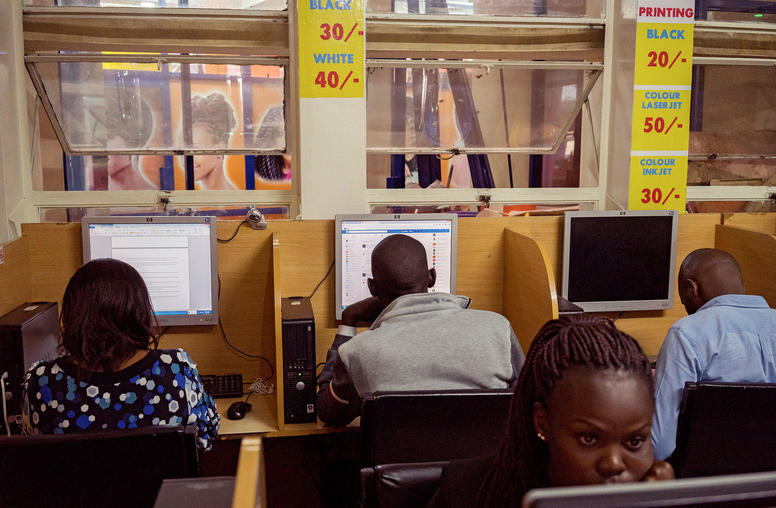 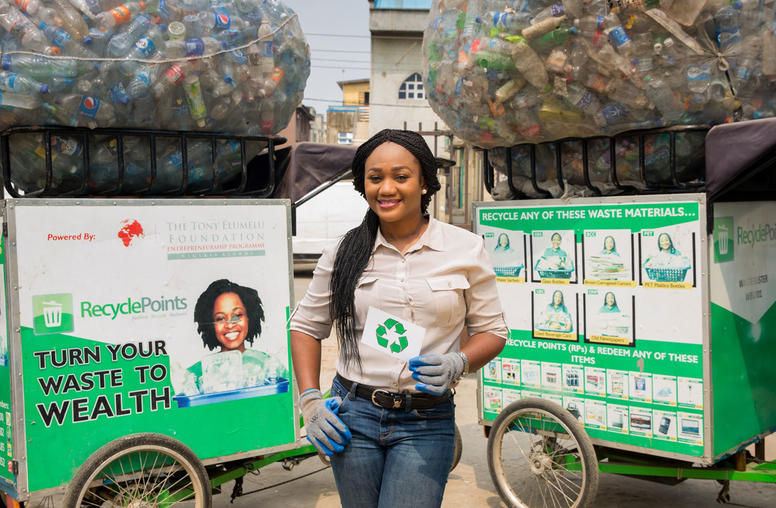 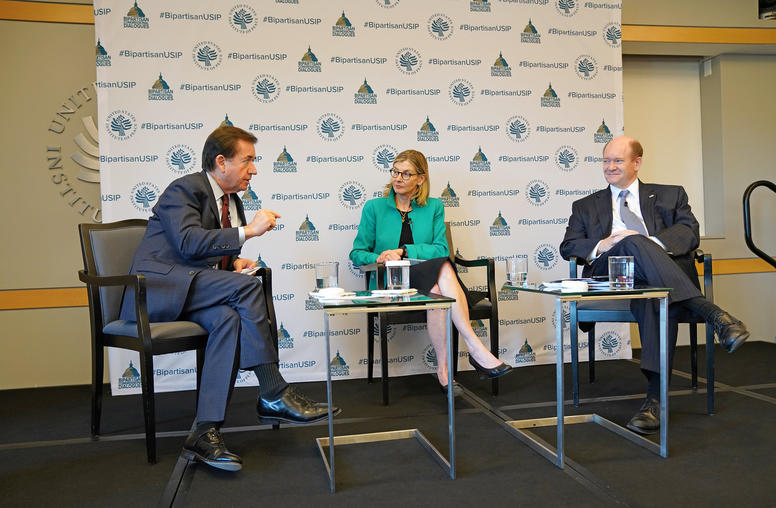 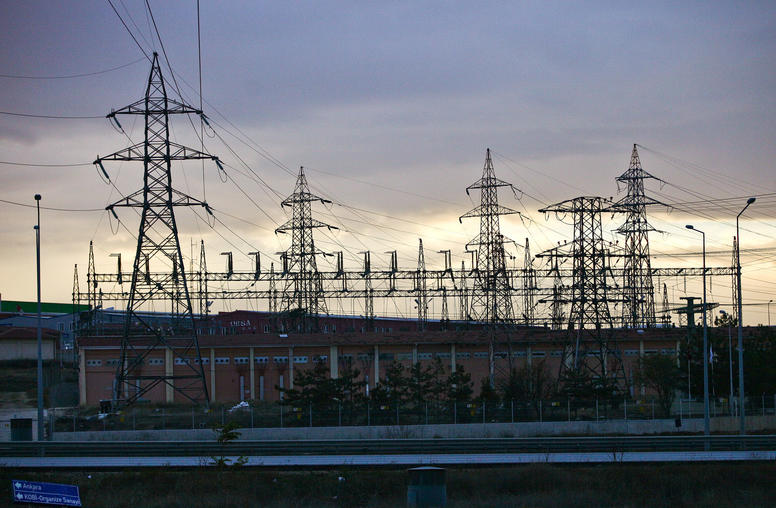