Lebanon’s devolving economic and financial crisis could potentially be one of the world’s three worst since 1850, according to a World Bank report released last week. The increasingly dire situation — exacerbated by the COVID pandemic and last year’s Port of Beirut explosion — has likely dragged more than half the population below the poverty line, as unemployment soars and the price of basic goods surges. Already accomplices to this economic collapse due to years of corruption and mismanagement, Lebanon’s leaders have been reviled for their limited response. With Lebanese exasperated with their increasingly desperate situation, there could be widespread social unrest and a major breakdown, which would have important humanitarian and regional security implications.

USIP’s Osama Gharizi and Mona Yacoubian look at what this means for the Lebanese people, the potential security and regional implications, and how the international community can help.

What does this economic collapse mean for everyday Lebanese? How have they responded and what are they asking of the state?

Gharizi: Lebanon’s economic collapse has brought about new daily woes to a population all too accustomed to the failings of the country’s governing authorities. Since 2019, Lebanese citizens have had to deal with a plummeting currency: On June 9, the Lebanese lira, officially pegged to the dollar at a rate of 1,500 to one, hit 14,000 on the black market. Making matters worse is that banks have curtailed access to depositors’ accounts, placing daily withdrawal limits and restricting any transfers abroad. In short, Lebanese wake up every day trying to figure out the value of whatever savings they have left and whether or not they can afford everyday goods, the prices of which fluctuate daily. This has, unsurprisingly, generated a swell of anger at the banking sector and the political establishment that has perpetuated the economic collapse.

Exacerbating an already dire situation, residents of the country face increasingly frequent shortages of key items, including fuel and medicine. This is because the central bank, which has been rapidly depleting its reserves, has not paid importers, leading to long lines at gas stations (should they even be open), longer-than-usual electricity blackouts and a scramble to find needed and critical medication.

The public and professional syndicates have responded to the crisis through sporadic protests and strikes, though these have done little to move a disconnected political establishment to implement reforms and policies that are needed to emerge from the crisis. Indeed, many Lebanese are all too aware that the crisis has not even hit rock bottom and that solutions are not in immediate future. This is due three inter-related points:

What are the security implications Lebanon’s dramatic economic and social decline?

Yacoubian: The security implications of Lebanon’s deepening crises are dire. Lebanon’s catastrophic downward spiral has produced and exacerbated its intertwining political, governance, economic, humanitarian and social crises. If unabated, Lebanon’s accelerating collapse could provoke a dangerous security crisis, marked by widespread social unrest, vigilantism, and heightened sectarianism and polarization. In two potential worst-case scenarios, these developments could lead to an outright social explosion or the collapse of the Lebanese Armed Forces (LAF), the sole government institution maintaining a modicum of stability in the country. Both scenarios would lead to chaos and the total breakdown of law and order.

In essence, Lebanon’s overlapping crises hold the potential to spark a major breakdown in security —either from the top down or from the bottom up. From the top down, the Lebanese army is contending with growing disaffection as its troops experience the full brunt of the economic crisis. With the Lebanese lira losing nearly 90 percent of its value since 2019, security forces’ salaries are declining precipitously, forcing many to seek second jobs. While military attrition still remains low, the Lebanese army chief visited Paris last month to warn that the situation is untenable.

From the bottom-up, the abrupt dissolution of subsidies — without a strong social safety net in place —could trigger widespread social unrest, even social explosion. Lebanon’s dwindling foreign exchange reserves have already prompted warnings from the central bank that it cannot fully cover the imports of subsidized medical items. Food and fuel subsidies are similarly threatened. With Lebanon’s population increasingly impoverished, nationwide strikes and street riots could result if subsidies are suddenly removed. France recently announced it would sponsor a virtual donors’ conference on June 17, soliciting assistance including food and medical supplies for the LAF.

What are the regional and international implications of Lebanon’s economic implosion?

Gharizi: The economic implosion has catalyzed a new wave of Lebanese emigration, as the country’s youth and highly skilled and educated population seeks stability and prosperity abroad. In 2019, the year which the economic underpinnings of the state became unhinged, the country witnessed over 66,000 Lebanese leaving the country without return, a 97 percent increase from 2018. Put simply, the economic collapse is contributing to the exhaustion of the country’s social and human capital.

Moreover, the fact that the economic crisis is tied to a political one has heighted fears of the country falling victim to regional and international divisions and competition. Put differently, as the political and economic crises worsen, the more likely it is that political actors will turn to tried and tested strategies that increase sectarianism and political polarization in the country. Part of this strategy entails further aligning along regional and international fault lines (e.g., United States versus Iran; Iran versus the Gulf), thereby internationalizing and regionalizing the country’s problems even more.

How can the international community help?

Yacoubian: The World Bank has termed Lebanon’s cataclysmic downturn a “deliberate depression,” borne of government inaction and unwillingness to implement much-needed reforms. Lebanon’s political class continues to demonstrate an appalling lack of urgency despite the historic proportions of the crisis. Some may point to this inaction as reason for the international community not to intervene, citing the need for Lebanese ownership of the crisis as a precondition for international involvement.

Yet, as the country hurtles toward total collapse, the international community cannot afford to ignore Lebanon’s emerging humanitarian emergency or its potentially dangerous security implications. Specifically, the international community should mobilize to provide additional, immediate humanitarian assistance to assist the most vulnerable Lebanese as well as Lebanon’s significant Syrian refugee population. The World Food Program announced last month that it would triple its assistance, but more aid is needed. Launching a U.N. humanitarian appeal for Lebanon that targets major donors such as the United States, Europe and the Gulf would send an important signal of international support for the Lebanese people. Direct cash assistance to beneficiaries is the most effective and efficient approach, minimizing market distortions, bypassing the Lebanese government and ensuring the beneficiaries’ agency and dignity. Lebanon’s extensive diaspora can also mobilize to provide greater support, contributing to international appeals, as well as connecting directly to local Lebanese NGOs.

Finally, to address the root cause of inaction by the Lebanese political class, the international community — led by the United States and France and bringing together European and Gulf allies —should apply concerted pressure for change. Deploying both positive incentives of a financial rescue package and broader assistance as well as coercive measures targeting corrupt members of Lebanon’s political elite (to include travel bans, asset freezes and targeted sanctions), the international community should demand the formation of an emergency cabinet with extraordinary legislative powers to implement much-needed reforms. This emergency government would be empowered only until the 2022 elections.

Mona Yacoubian, senior advisor to the vice president of Middle East & North Africa, testified on July 29, 2021 at the House Foreign Affairs Subcommittee on the Middle East, North Africa, and Global Counterterrorism's hearing on "Lebanon: Assessing Political Paralysis, Economic Crisis and Challenges for U.S. Policy." Her expert testimony as prepared is presented below. 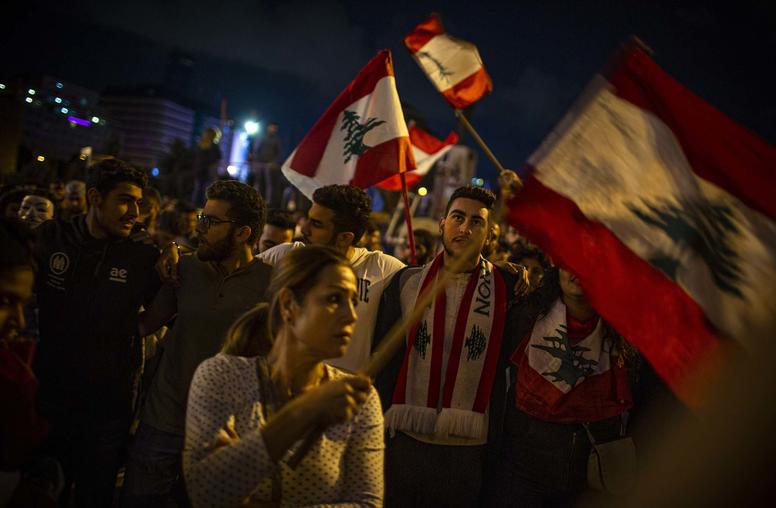 Lebanon, unlike many other countries, is actually ruled by a conglomerate of political figures and business elites and organizations. Therefore, a change in Lebanon can neither be about a single politician or party nor can it be led by one political group. In the past 15 years, there were several attempts to alter the governance model and practices in Lebanon. All of them proved unsuccessful for various reasons including the toxic manipulation of identity-based politics by the majority of politicians and clerics, deep-seated corruption, twisted social norms, regional power competition and the absence of an organized, competent and capable political alternative.

As Lebanon teeters on the edge of total state collapse, USIP’s Mona Yacoubian says very little stands in the way of malign actors and possibly a new migrant crisis in the region: “The lights are truly blinking red … if the army collapses, then, honestly, I think all bets are off.”