The latest conflict started with a dispute over a water intake station on the Kyrgyz-Tajik border near Kok-Tash in Batken province. Almost a decade ago, a local official in a village near Kok-Tash told me that they were absolutely certain that Tajiks would sometimes move the physical border posts a few feet at night, such is the level of mistrust in the area. Because of this mistrust, even the most mundane road or facility repair work can seem like an attempt to grab an advantage. The Kyrgyz side had been doing some work on the water intake station earlier in April. On April 28, someone from the Tajik side tried to set up a video monitoring camera, presumably to keep an eye on Kyrgyz use of the shared resource, a case of open-source technology and local initiative gone bad.

On April 28, civilians on both sides began fighting with rocks and clubs, and soon border troops from both sides were involved with live fire. The fighting escalated into a pitched battle with heavy weaponry, including machine guns and mortars, according to reports. Ominously, the conflict spread across the length of the border as Tajik troops took control of a highway leading to the Vorukh enclave, an island of Tajikistan completely enclosed by Kyrgyzstan. The fact that Tajik troops far from the original clash were involved points to intentionality.

One other difference stands out from past conflicts. On social media, the meme war escalated quickly this time. In Tajikistan’s more tightly controlled traditional media, information was sparse and no numbers of casualties were reported. Kyrgyzstan’s still relatively more open media reported a jumbled array of numbers and facts. But social media exploded with a confusion of reports, tendentious memes and patriotic themes designed to rally opinion. The conflict on Facebook seemed to take on some of the same dynamics as the community clashes in Kok-Tash. More thoughtful voices may have been drowned out by the volume of posts and the way the platforms process information. While the fighting on the ground seems to have been contained, the community-on-community meme war continues unabated.

Leaders Under Pressure at Home

In previous community cross-border conflicts in the region, the more sober and level heads of the region’s authoritarian leaders would keep a tight lid on things. Typically, both sides would send the heads of their national security agencies (following the Soviet tradition, border troops are usually part of the security agencies, not the ministries of defense), their interior ministries or the defense ministries and pull their troops back, giving the situation time to cool off and reasserting control. Oligarchic leaders maintained order by cracking down on unauthorized violence. This would not address the underlying problem but would tamp down the embers of conflict.

Things are different this time. The clashes are likely to play into the political calculations of leaders trying to score wins in popular opinion. Among the world’s most remittance-dependent economies, both Kyrgyzstan and Tajikistan have seen a catastrophic drop in migrant laborer remittances from Russia as a result of the COVID-19 pandemic, and the leaders of both countries are facing criticism at home for mishandling the health crisis. As a consequence, these leaders have played on nationalist and populist sentiment to pick fights outside. The local political dynamics could push them to escalate the border conflict.

Kyrgyz President Sadyr Japarov came to power in January on a loosely nationalist, traditionalist and populist platform after the previous government was toppled last October. Japarov has had a bad streak at home of late, however. Supporters of democracy reject his assumption of power and the rewriting of the constitution to reassert executive control. Kyrgyzstan may also be heading into a third wave of COVID-19, while Japarov’s suggestion that consuming the toxic aconite root is an “effective” cure for COVID-19 resulted in several people being hospitalized. And the killing of a young woman who had been the victim of an attempted bride kidnapping in an apparent murder-suicide while in police custody in Bishkek sparked widespread protests against the government in April.

Earlier this spring, Japarov took on settling the undemarcated parts of Kyrgyzstan’s borders as a way to demonstrate his assertive leadership. He has committed to cutting favorable deals with Kyrgyzstan’s neighbors, touting his ability to negotiate better than his predecessors. But after a positive trip to Uzbekistan, Japarov and the head of the National Security Committee, former nationalist politician Kamchybek Tashiev, have stumbled in their efforts to resolve border issues with their western neighbor.

Japarov would welcome some good news.

For his part, Tajik President Emomali Rahmon made a rare visit to the Vorukh enclave on April 7 and declared, seemingly in response to a remark by Tashiev, that there would never be any discussion with Kyrgyzstan about changing the status of the enclave. In this context, the reported Tajik seizure of the highway to Vorukh looks more ominous.

Rahmon, too, could use a distraction from the problems of economic stress caused by the pandemic drying up remittances from migrant labor in Russia and from the poor way in which his government has managed the health crisis. He could choose to play to his domestic audience by getting tough on border issues.

As of May 4, the cease-fire between Kyrgyzstan and Tajikistan appeared to be holding. There are a few ways that the current crisis could be handled, and ways to ensure future conflicts don’t get out of hand.

The five countries of Central Asia — Kazakhstan, Kyrgyzstan, Tajikistan, Turkmenistan and Uzbekistan — should work among themselves to resolve such conflicts. It is encouraging that Kazakhstan and Uzbekistan have offered to help manage the conflict between Kyrgyzstan and Tajikistan. Central Asians know that they are stronger working together and that resolving their own issues is always better than inviting powers from outside the region to solve their problems.

Nevertheless, these former Soviet republics tend to turn to Russia for help during a crisis. As members of the Russian-led Collective Security Treaty Organization (CSTO) and the Shanghai Cooperation Organization (SCO), both Kyrgyzstan and Tajikistan can call on outside forces to assist in ending the dispute. However, Russia is involved in a diplomatic spat with the United States, has amassed troops along the border with Ukraine, and brokered a cease-fire between Armenia and Azerbaijan that has resulted in the deployment of Russian peacekeeping troops in Nagorno-Karabakh; it may not have the bandwidth or desire to deal with another crisis. China’s position on the crisis between Kyrgyzstan and Tajikistan is unclear, but it could sense an opportunity to take on a larger role in the region. Iran, on the other hand, has offered to mediate.

Community-to-community trust building activities along the borders in the region, such as the kind undertaken by USIP elsewhere, can help manage the resource conflicts that often serve as the spark for clashes, while state-to-state confidence-building measures can prevent the clashes from escalating. The role of how social media processes information and the possibility it may be manipulated in this and future conflicts is also worth some examination.

Since the political momentum now will no longer push toward keeping things under control, it is more important than ever to work to resolve the conflicts over resources, borders, access and mistrust that are at the base of these outbreaks. While outsiders can help, the long-term solution to these problems should come from within the region itself. 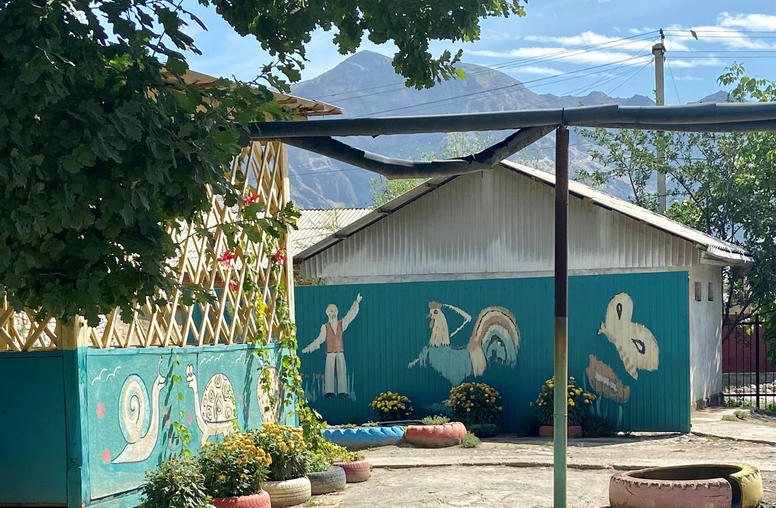