“Reunification took a tremendous amount of diplomacy, strong international partnerships, and deft political maneuvering,” said Stephen J. Hadley, chair of the U.S. Institute of Peace’s Board of Directors and a former U.S. national security advisor. “To many of the people closest to the process, it was nothing short of a miracle.”

On January 28, USIP marked the 30th anniversary of German reunification with the establishment of “Reconciliation Hall” in the Institute’s George H.W. Bush Peace Education Center. It also hosted two panel discussions that were part of the event “30 Years Later: German Reunification Revisited.”

The fall of the Berlin Wall on November 9, 1989, marked the beginning of the end of the Cold War and, eventually, the Soviet Union. Soviet-occupied East Germany, officially known as the German Democratic Republic, was reunited with West Germany on October 3, 1990. And the Soviet Union collapsed a year later.

Emily Haber, Germany’s ambassador to the United States, described the collapse of the Berlin Wall as a “sudden gift out of the blue.”

“What would come next was anything but clear,” she said, noting that the Soviet Union was still a potent political force at the time and many countries were unconvinced that a unified Germany was in Europe’s best interests. “In this moment of uncertainty, visionary leaders came to the fore. Key among them was American President George H.W. Bush … who had laid out his vision of a Europe whole and free,” she added. Indeed, Haber noted, “German unity would not have been possible without the United States and its support.”

Horst Köhler, who served as the president of Germany from 2004 to 2010, said Bush “showed America at its best. An America which was good for the American people, for Germany, and for the world.”

“This America,” Köhler said, “is needed just as much in this 21st century.”

Former U.S. Secretary of State James A. Baker, III, recalled that only the United States and West Germany were in favor of German reunification. Close U.S. allies—the United Kingdom, led by Margaret Thatcher, and France, led by Francois Mitterrand—had serious reservations about a unified Germany.

Despite these misgivings, the winds of change were blowing across Europe. The communist bloc was roiled by reform movements in the 1980s. In Poland, the ruling communist party voted to legalize the banned Solidarity trade union, which won seats in parliament in elections in the summer of 1989. In Hungary, there were mass demonstrations for democracy.

Discontent was also brewing in East Germany and the first signs of German unity began to appear. Köhler said that at protests, “from shouting ‘We are the people,’ the protesters began to claim ‘We are one people.’” And, he recalled, East German demonstrators took up another slogan: “If the Deutsche Mark comes we will stay; if it doesn’t come we will go to it!”

One of the main lessons from the reunification process, according to Baker, is: “If you have an opportunity to do something that you have supported rhetorically for 40 years you ought not to let that opportunity go by.”

German reunification benefited immensely from the trusting relationships between the key players. Bush and Kohl shared a close relationship, while Bush had a “growing empathy” for Gorbachev, said Rice. “[Gorbachev] needed to be understood as somebody who really wanted to be a reformer,” said Rice, adding: “We always said, we’re not going to push [Gorbachev] into a corner so he has to say no because he is letting history unfold.”

Quoting former U.S. Secretary of State George Shultz on trust being the coin of the realm, Köhler said the trust between Bush, Gorbachev, and Kohl “made it possible for them to seize the right moment to act and to overcome the skepticism of other European leaders.”

Teltschik agreed that the chemistry between the leaders was “absolutely exceptional.”

Köhler listed some key takeaways from the German experience of reunification: “Get ahead of developments, prepare to expect the improbable and have the guts to lead,” “keep your promises and make sure others are aware of it,” “foreign policy begins at home,” and, finally, “don’t go it alone.”

Rice, who was serving as head Soviet and East European Affairs on the U.S. National Security Council at the time of German reunification, listed some critical choices that ensured success. Bush and Kohl, she said, made the choice to trust German democracy and agreed that they needed to provide an opportunity for Gorbachev to take the hard decisions “without embarrassing him, without a sense of triumphalism, without a sense that the Soviet Union had lost the Cold War and that West Germany and the United States had won.”

Baker, who served as secretary of state to Bush at the time of German reunification, also said the United States “took advantage of what turned out to be a very narrow window of opportunity. And it was a close-run thing.”

A little over a year later, Gorbachev was out of power and the Soviet Union had collapsed.

Gorbachev and the ‘Tide of History’

The Soviet Union, which had a formidable troop presence in East Germany, did not use force against the demonstrations there. Rice credited Gorbachev with making the choice “time and time again not to try to stop this tide of history.”

What was important for Germany, Teltschik said, was that Gorbachev promised that, in a departure from the past, Soviet troops would not intervene in the domestic affairs of the Soviet Union’s allies. Proof quickly came in Hungary and Poland that Gorbachev kept his word.

Rice recalled a similar experience with Gorbachev when the Soviet leader told Bush at their summit in Washington in May 1990 that Germany was free to choose its alliances.

Gorbachev truly believed in the idea of a common European home, said Rice. She recalled the former Soviet leader once told her: “I just want the Soviet Union to be a normal country.”

However, the Soviet Union soon collapsed and Russia today is in the grip of Vladimir Putin, who was serving as a KGB officer in Dresden at the time of German reunification.

Rice said many Russians today have experienced living, traveling, and studying in the West. “Those people do know that there is another world out there. And for many Russians, particularly younger, more educated Russians, there is a desire to be part of a normal European country,” she said.

Acknowledging that Putin’s antipathy toward the West makes its hard to visualize a Europe in which Russia is a part, Rice counselled the need to remain engaged with “that younger Russian population that wants to be normal.”

The Importance of U.S. Leadership

Both Rice and Baker underscored the importance of U.S. leadership on the world stage.

“When America is engaged … we are a force for peace and stability,” Baker said while emphasizing the importance of free trade and alliances. “America’s alliances are extremely important to us, and we need to carefully tend them and not renounce them,” he said. “More broadly, we need to remain engaged on the world stage.”

Baker said U.S. leaders need to emphasize to a domestic audience that U.S. engagement on the world stage benefits the United States, both in terms of security as well as the economy. “No foreign policy can succeed if it doesn’t have support at home. So, we have to educate the American people,” Baker said.

Offering some advice to the Biden administration, Rice said it should shore up the transatlantic relationship. One of U.S. President Joseph R. Biden, Jr.’s first phone calls as president was to NATO Secretary General Jens Stoltenberg.

“Europe remains our most important strategic ally … spending some time really rekindling the relationship that sustained us through the Cold War and delivered this reunification of Germany without a shot being fired, it’s a project worth undertaking,” Rice said. 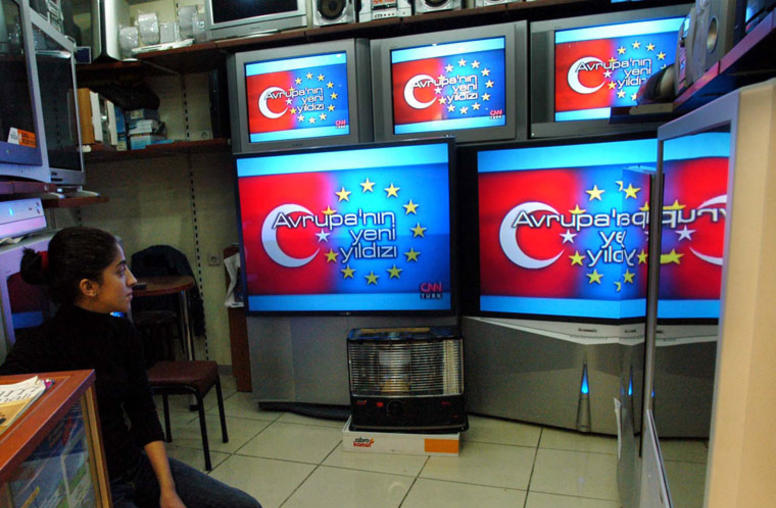