When in doubt, dispatch an envoy. That’s become an old diplomatic standby, and it is currently under consideration for the Horn of Africa, where a civil war rages in Ethiopia and has ensnared neighboring Eritrea, Somalia, and Sudan. The conflict, which broke out in November 2020, has left millions in dire need of lifesaving humanitarian assistance. The U.N. special adviser on the prevention of genocide recently warned that “the risk of atrocity crimes in Ethiopia remains high and likely to get worse.” If the crisis continues to fester, it will have grave consequences for U.S. interests in a region situated on the crossroads between Africa, Europe, and the Middle East.

There is certainly merit to urgently deploying a point person to stitch together a coordinated response in the face of a complicated, multi-faceted, and urgent crisis. The challenge, however, is getting it right, and too often the U.S. government doesn’t. With war clouds darkening in the Horn of Africa, it is imperative to tightly scope the mission of a prospective regional envoy, ensure the support of the president or secretary of state, and arm the envoy with enough resources to do the job.

The United States has a long history of appointing envoys to troubled spots in sub-Saharan Africa. In 1969, President Nixon named Clarence “Clyde” Ferguson as the U.S. special coordinator on relief to the civilian victims of the Nigerian civil war. President Bill Clinton appointed three envoys during his presidency: Jesse Jackson as special envoy for the president and the secretary of state for the promotion of democracy in Africa; diplomat Paul Hare as U.S. special representative for the Angolan peace process; and former representative Howard Wolpe as special envoy to Africa's Great Lakes. President George W. Bush asked former Senator John Danforth to serve as special envoy to the Sudan, a position later filled by Andrew Natsios, Richard Williamson, Scott Gration, Princeton Lyman, and Donald Booth. President Barack Obama resurrected the special envoy for the Great Lakes position, asking Wolpe to return to his post and a few years later appointing former Senator Russ Feingold and former representative Tom Perriello to carry the torch. President Donald Trump brought in Peter Pham as Great Lakes envoy and later shifted him to the newly-created special envoy for the Sahel position.

The record of these envoys, however, has been uneven at best. Too often, the U.S. government has established these positions as concessions to domestic and foreign pressure. At a National Security Council meeting in 1969, participants fretted that the naming of a relief coordinator would “embody more form than substance.” The envoys tend to have vague mandates, and their responsibilities overlap with U.S. ambassadors in the field and regional bureaus back in Washington, D.C. It is not a surprise that many envoys find themselves in constant battle over access, authorities, and resources. Representative Wolpe, in his study of the Burundi peace process, bemoaned that severe resource constraints—combined with a risk-averse bureaucratic culture and divergent views from regional embassies—posed considerable hurdles to successful negotiations.

In the Horn of Africa, there is a pressing need to address several interlocking challenges, including opening humanitarian access; preventing further atrocities; demobilizing ethnic militias; expelling Eritrean (and possibly Somali) troops from Ethiopia’s Tigray region; de-escalating the border conflict between Sudan and Ethiopia; negotiating a peaceful resolution to the Grand Ethiopian Renaissance Dam (GERD) dispute; and steering Ethiopia back toward the path of inclusive elections. In a recent article, Hardin Lang and David Del Conte argued that an envoy could “help coordinate efforts of the African Union, the European Union, and Ethiopia’s bilateral benefactors to bring concerted pressure” on Ethiopia’s belligerents. Secretary of State Antony Blinken told U.S. senators that he would consider such an appointment.

Instead of rushing to an appointment, it is essential to consider—and determine—what the specific mission is and why an envoy is required. It is unwise and plainly unmanageable to delegate all of the aforementioned tasks to a special envoy. However, it is eminently sensible to tap an envoy to apply diplomatic pressure on Ethiopia and its neighbors to walk back from the brink of a regional conflict. The State Department only has chargés d'affaires posted in Asmara, Eritrea and Khartoum, Sudan. While the Biden administration should move quickly to appoint and confirm an ambassador to Sudan (the United States has not had an ambassador to Eritrea since 2010 due to human rights concerns), the United States would also benefit immediately from a Washington heavy-hitter to deal with Eritrean President Isaias Afwerki and the civilian-military transitional government in Sudan. The U.S. ambassador to Ethiopia and the Africa Bureau’s senior officials would work closely with an envoy and their team in negotiating humanitarian access, preventing mass atrocities, and salvaging the country’s elections. It will certainly require a politician’s tact and gravitas—not always in the diplomat’s DNA—to go toe-to-toe with Ethiopian Prime Minister Abiy Ahmed. Finally, an envoy could transcend the bureaucratic seams between the Bureau of Near Eastern Affairs (NEA) and Bureau of African Affairs (AF) to deal with Egypt, Ethiopia, and Sudan over the GERD and the Gulf States’ increasing influence across the region.

As the Biden administration considers whether or not to appoint an envoy for the Horn—and if so, who that person should be and how to structure his/her role—policymakers should consider five critical factors in determining an envoy’s success in driving U.S. policy and exerting influence in the region and with partners:

The mounting external and internal pressure for a special envoy to the Horn of Africa is understandable. The urgency of the humanitarian catastrophe unfolding in Ethiopia demands that the U.S. government move quickly, but the administration must carefully consider the requirements of the job in filling the position. Only an empowered individual with strong relationships at the highest levels in D.C. and the region and a clear mandate with corresponding staff and resources will succeed in addressing the interconnected crises that threaten to plunge the Horn of Africa into a full-blown regional conflagration.

This article was originally published by the Center for Strategic and International Studies on February 10, 2021.

Judd Devermont is the director of the Africa Program at the Center for Strategic and International Studies in Washington, D.C. 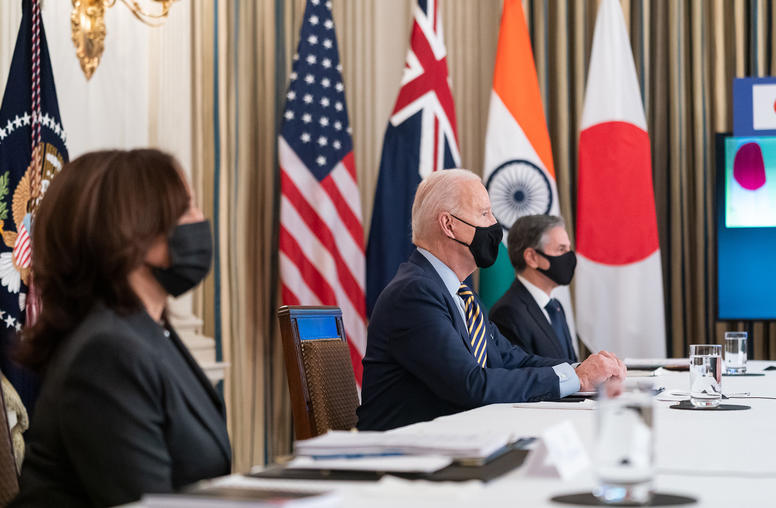 The United States must ensure that its focus on the Indo-Pacific region does not come at the cost of its interests in other parts of the world where China also poses a challenge, according to U.S. National Security Council Coordinator for the Indo-Pacific Kurt Campbell.

After 20 years of an ambitious, costly international state-building effort, the government of Afghanistan collapsed in the summer of 2021 in a matter of weeks. The Afghan security forces’ remarkably rapid defeat earned significant attention, but the Taliban victory over the internationally backed Afghan republic stemmed equally from deep-seated political and governance factors. Across all the facets of the Western state-building endeavor in Afghanistan, there is now an enormous need to assess how the international project fell so far short of its aims.