Ahead of the International Day of Peace on September 21, USIP’s Jill Welch talks about how the Institute’s annual Peace Day Challenge gives people around the world “the opportunity to take an action, however big or small, to make peace possible together.”

Tim Farley: Let's talk about the International Day of Peace and the Peace Day Challenge, it's coming up September the 21st. It was created by the United States Institute of Peace, the idea was to raise the profile of the International Day of Peace to affirm peace as a real and practical alternative to the violence we see every day in the news, this is the stated purpose from the United States Institute of Peace. To discuss it more fully is Jill Welch, vice president of external relations at USIP, tweeting @jillowelch, Jill Welch, welcome. Thank you for being on POTUS today.

Jill Welch: It's good to be with you. Good morning.

Tim Farley: So talk about the goal, first of all, what happens on the International Day of Peace?

Jill Welch: So this is a really exciting opportunity that happens every year. And as you said, it'll happen on Saturday, September 21st. But this year leading into it, what is happening is that in the face of the violence we see every day in the news, each of us around the country and around the world are having an opportunity to take an action, however big or small, of our own to make peace possible together. So this year we're really building up to the theme peace is possible, it takes action, it takes all of us.

Tim Farley: You know, the joke of course that the sort of running story of when any of the beauty pageants, what do you hope for? World peace. Small pieces on parts of this are important, but the question is how do people get involved in this? Because it does seem like such an unattainable goal. I mean it's a wonderful goal, but it seems like, oh man, this is way too big for me to do anything about. So how do you make the small into the large?

Jill Welch: Well, one thing I think that's really important to realize is the reason peace is possible is it's through the practical actions that people take every day. And so at USIP we're working on top down and bottom up. So this is really a bottom up initiative. This is something each of us can do and there are tons of ideas on our website at USIP.org/peacedaychallenge.

But you know, it ranges, I mean if you're an individual and you're a parent, you can read a story to your young child about peace, about a famous peace builder or even an everyday peace builder. If you're a teacher, you can engage your class in a discussion about their peace priorities and how they can help achieve them. If you're an individual, you can volunteer on an issue that matters to you or engage with someone with whom you disagree with an open mind. So again, all these ideas are on USIP.org/peacedaychallenge.

But the point is really to do something of your own to mark the day and then take a picture of it and use the hashtag #peacedaychallenge. If you do that, if you end up taking a photo with #peacedaychallenge, you're going to be part of an interactive mosaic that is going to show how all of us together doing our parts add up.

Tim Farley: Jill Welch with us, vice president of external relations, United States Institute of Peace. Obviously, make peace in your neighborhood and make peace in your family, they're the small things you can do and just sort of think about it as writ large. But I wonder from the global perspective, what are considered the causes of unrest that make it more difficult for peace to be achieved? Is it individual? Is it economic conditions? Is there any sense of what the greatest challenges are for world peace?

Jill Welch: Well, USIP was asked by Congress to convene a task force on prevention and fragility in the last year and that report came out this year and that's been featured on your show I think several times. But basically there are many conditions that lead to violent conflict. But what's really important is there are preventative actions that can be taken at the policy level and at the grassroots level. And so what USIP’s work does is to basically work at both of those levels in fragile states. And there's a heavy consensus right now in the policy circle on the need for prevention. So focusing on some of those factors where the social contract between the government and the people is broken, there are things you can do to try to bring resolution to that.

Tim Farley: How much of this is caused by ignorance? I mean the idea of not knowing the person with whom you are at, if not at war, at least in disagreement?

Jill Welch: Well, I think that some of our greatest forefathers and foremothers have always said that education really is one of the greatest weapons we have for peace. And so I think education is necessary in order to combat some of the disagreements. It's really fascinating when you see some of the dialogues that are done by USIP and by other people who are trained by USIP. It's really fascinating to see how you can shift a mindset or a conversation or at least give people the tools to resolve conflict nonviolently because there will always be conflict, but it doesn't have to escalate into violence.

Tim Farley: Once again, we have with us Jill Welch, vice president of external relations, United States Institute of Peace. Is it just coincidentally that this is happening, this Peace Day Challenge and the International Day of Peace on the 21st, just as the United Nations General Assembly is getting ready to meet?

Jill Welch: Well, the UN did declare this International Day of Peace on September 21st so I think the timing is actually very intentional. The Peace Day Challenge, as you said, is something that USIP started four years ago to give everybody a chance to participate and do their action and to use it on social media with the hashtag #peacedaychallenge and show how peace is possible, it takes action and it takes all of us.

Tim Farley: And again, some of the ideas that you have listed on the site: spread the word about an organization that's working to help people affected by violent conflict, hold and event, engage in an act of volunteerism, help diffuse or resolve a disagreement, that sounds like peacemakers of tomorrow, if there is such a thing.

Jill Welch: Yeah, I think that for me that's one of the most inspiring things to see happen, and we have the tools on the website to help people do that. But you know, some of it is about having an open mind and actually doing some active listening and really listening to the other side and understanding where their concerns are in order to be heard oneself.

Tim Farley: The website again, if you go to USIP.org/peacedaychallenge, correct?

Tim Farley: All right. It'll happen on the 21st. Thanks for joining us, Jill. I appreciate it.

Jill Welch: Thank you. Great to talk to you.

Tim Farley: Jill Welch, vice president of external relations, United States Institute of Peace. We have talked several times about the study they have done and of course the event itself is happening this weekend, and you can find it at the website. She's tweeting @jillowelch, J-I-L-L-O-W-E-L-C-H. 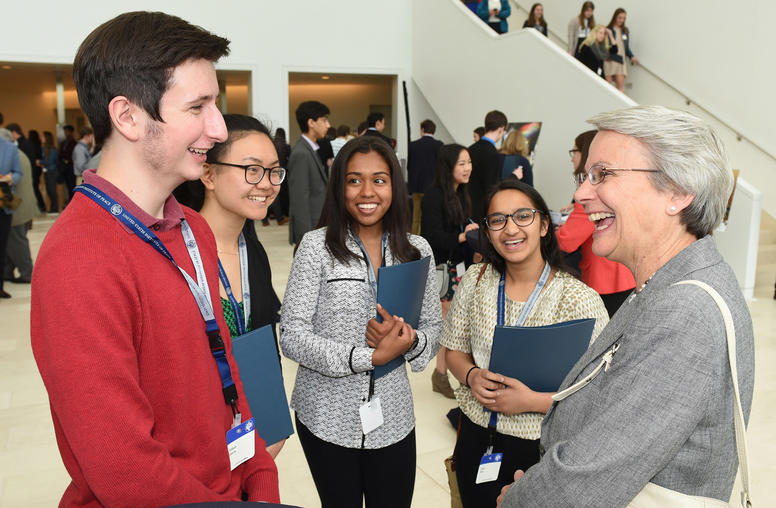 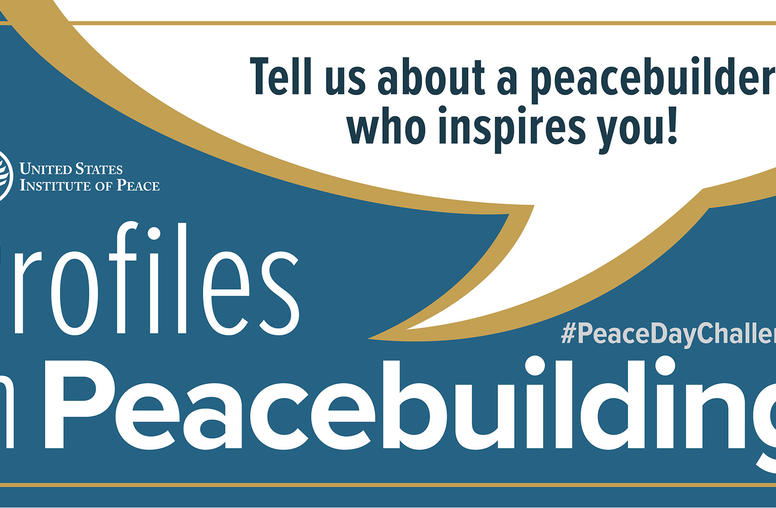 The Peace Day Challenge exists to raise the profile of the International Day of Peace and to affirm peace as a real alternative to the violence we see every day in the news.