Fixing Afghanistan’s voter registry—something all political actors engaged with the country agree is broken—has been a key priority since the seriously flawed election of 2014. With parliamentary balloting scheduled for July, revamping the system of registering voters is becoming increasingly urgent, as recognized by the United Nations Assistance Missions in Afghanistan (UNAMA) and international donors. On December 30, UNAMA announced that donors agreed to fund most of a $28.4 million plan by the Afghanistan Independent Election Commission (IEC) to overhaul its voter registration process before the 2018 election. But the IEC faces daunting operational and security challenges in executing its registration plan.

The fact that election dates have slipped, as well as deadlines for decisions on how to fix the register, is a sign of the difficulty of the task not a lack of regard for its importance. Uncertainties regarding how to best register the electorate and ensure against fraud and malpractice have preoccupied Afghan actors for well over a year and slowed the process. Unfortunately, the IEC now faces an extraordinarily tight deadline to complete a highly complex project that could jeopardize the credibility of the upcoming vote. The commission should not give in to arbitrary or politically driven deadlines.

Rather than rushing into an ill-conceived plan that will fail to meet its goals, and carries significant integrity and security risks, the commission should pursue a registration solution that would actually meet fundamental expectations of a reasonably complete, clean and duplicate-free voters register. This can only be achieved by allowing time for adjustments to fix problems that will inevitably arise during implementation. Doing that, however, will likely take the rest of 2018.

The key problem with voter registration in Afghanistan is that there are many more voter registration cards (23 million) in circulation than there are legitimate voters (approximately 13-14 million). Such a large number of duplicate cards makes it easier to commit fraud, a phenomenon that has undermined the credibility of past election results. The other major issue is that Afghanistan does not have detailed voter lists that link voters with a specific polling center—now a legal requirement in Afghanistan. This makes it difficult for the IEC to know how many ballots to send to each polling center, a situation that potentially enables fraud when there are too many ballots in some areas and disenfranchises people in areas where ballots run out.

The solution proposed by the IEC is to create a totally new “paper based” voter register and issue tamper-proof registration receipts to all eligible voters. Voters would first be required to show the national ID card (Taskera) in order to register. However, the Afghanistan Central Civil Registration Authority (ACCRA) estimates that currently 10 million Afghan adults don’t have a card and this must be corrected before registration can commence.

The challenges associated with organizing two complex nationwide mobilization events back-to-back are significant under the best of circumstances. Afghanistan’s current logistical and security problems, in conjunction with the IEC’s current leadership vacuum and ACCRA’s lack of experience in large scale, countrywide programs issuing Taskeras means both efforts will require extraordinarily well-planned operational plans to succeed. Unfortunately, both organizations currently intend to move forward on the basis of a poorly conceived registration concept that once again risks generating a voter register full of duplicates, riddled with errors and void of any effective integrity-strengthening solutions. There is a clear trade-off between time (to plan, execute, adjust, and verify) and quality.  And the cost of low quality is decreased credibility if controversial results are challenged.

Organizing elections is a highly complex undertaking as these are truly national events engaging a cross section of society and several of the country’s largest ministries, including its security forces. Successful execution is often a direct result of a national election authority staffed with experienced professionals guided by an operational plan detailing when and how the various electoral processes are to unfold.  A good operational plan must give election administrators detailed instructions for: voter registration, candidate nomination, Election Day operations, results tabulation and dispute resolution. A good plan must also include a sufficient level of flexibility to also accommodate for unanticipated events, such as logistical challenges, legal disputes, or security problems.

Based on a review of the current plans prepared by the IEC and ACCRA there are several major challenges that will make it very difficult, if not outright impossible, to meet the goal of establishing an accurate polling station voter list before scheduled 2018 parliamentary elections. The most important ones are:

When analyzing preparations for elections in Afghanistan it’s important to keep four aspects in mind. Firstly, the logistical challenges are extraordinary due to extremely rugged terrain and poor means of transportation. Secondly, the security risks are dramatic as an estimated 40 percent of the districts are highly volatile. Thirdly, in spite of the IEC receiving significant amounts of support going back to 2002, the election authority has lost many of its most experienced professionals at its headquarters and provincial offices. Fourthly, elections in Afghanistan face extraordinary integrity risks due to a myriad of fraud and malpractice problems. ACCRA, on the other hand, is expected to manage its first nationwide implementation program even though to date it has only issued a fraction of Taskeras it is now expected to issue prior to a 2018 poll.

For a voter register to fulfill its critical function of establishing unambiguous voter eligibility and identifying the number of valid voters, it must meet certain fundamental criteria: It must include an acceptable percentage of eligible voters, particularly not leaving off disproportionate numbers of ethnic or geographic groups; the collected personal voter data must be sufficiently correct to allow registered voters to cast a ballot on Election Day (such as containing the right spellings to match up with IDs presented on polling day); it should not include ineligible voters; and should not include duplicates of eligible voters. Needless to say, failing to achieve accuracy risks disruptive controversy over disenfranchisement and the accuracy of results.

The IEC’s stated objective in its current voter registration operational plan is to register 14 million citizens in two phases. The IEC will set up registration in the same locations as the polling centers and during a set time registrants will appear in person with their Taskeras and fill out registration forms. Registration receipts will be affixed to the back of a voter’s Taskeras as proof of registration. Thereafter, registration forms will be scanned and sent from the field to the IEC’s national data center for entry into the voter registration database using 450 data-entry clerks working in two 8 hour shifts. The IEC estimates registration to commence in early April and end at the beginning of June.

The voter registration operational plan is mute on several key pieces of information and when specified these are highly implausible. For instance, it is unclear from where these forms are to be scanned and sent to the national data center. On average, there will be more than a quarter-million forms from each province to scan and transmit. This will be done using small home-office style scanners over notoriously unreliable internet connections. Anticipated delays will quickly become a bottleneck, probably forcing the IEC leadership to instead physically move all registration forms to Kabul for data entry.

With data entry clerks manually entering the scanned registration forms with handwritten information, there are bound to be a significant number of data-entry errors. Yet the IEC’s plan is silent on how it will avoid data-entry mistakes. In previous similar registration efforts, the IEC and the UN applied the industry-wide standard of double-blind entry to avoid errors in the final register. Every form entered was scrutinized for accuracy separately by a supervisor and only when the entered data matched would it be accepted by the system. This produces the required accuracy but adds time, assuming it takes an average person two minutes to enter a form. Assuming it takes an average person two minutes to enter a form, and one minute to be reviewed and verified for accuracy by a supervisor, then it would take 450 clerks 220 working days to enter 14 million forms.1 Even if the IEC is able to begin data-entry in parallel with voter registration it will not be completed until mid-December well beyond the planned July 8 parliamentary election date.2 However, as registration is linked to ACCRA’s efforts to issue 10 million Taskera prior to voter registration commences, the official election calendar is even more unrealistic.

When citizens apply for registration to any of ACCRA’s planned 1,178 teams, the applicants must not only have a copy of an ancestor’s Taskera, but interviews and/or verifications of the information by Taskera issuing officers, or Maliks in rural areas, are to take place. In addition, each successful applicant requires the completion of three different documents; Taskera application, Taskera ID document itself ones approved, and personal data to be recorded in the Population Records Book by officers.

In spite of this lengthy process ACCRA assumes each team will process 100 successful applicants per day. In other words, they estimate five minutes per registrant, which is highly unrealistic. However, even if ACCRA were to be able to issue Taskeras as planned, the entire process would take six months and not be completed until August. Adding the IEC’s required time to actually conduct voter registration and produce polling-center based voters lists, it becomes clear that a 2018 fall parliamentary election is not feasible. In fact, should the Afghan government decide to proceed with voter registration as outlined in these two documents the authorities would even struggle to have a voters list printed and available for a spring 2019 presidential poll.

No doubt the IEC and ACCRA face significant political pressure to launch the voter registration process. However, even this relatively rudimentary analysis of their operational plans clearly shows this as a futile effort given neither will the new registry be in place on time nor it is of sufficient quality to instill confidence in the election endeavor. As the national institution charged with the overarching electoral responsibility, the IEC should be given sufficient time and support to develop a voter registration process that will actually achieve its crucial goals. 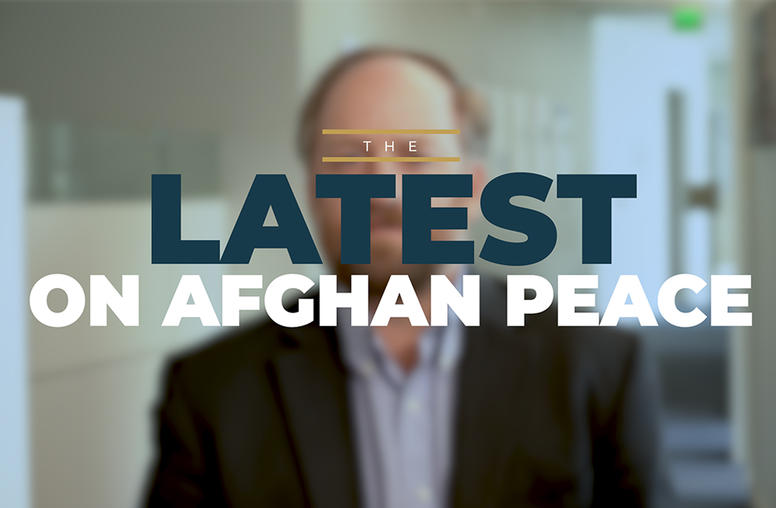