In Nigeria, a radio call-in show with local Islamic scholars provided an alternative to extremist propaganda. In Somalia, training youth in nonviolent advocacy for better governance produced a sharp drop in support for political violence. In the Lake Chad region, coordinating U.S. defense, development and diplomatic efforts helped push back Boko Haram and strengthened surrounding states. Such cases illustrate ways to close off the openings for extremism in fragile states, experts said in a discussion at the U.S. Institute of Peace.

From the Sahel to North Africa to South Asia, fragility generates the political grievances, social alienation and economic failure that fuel extremism, the panelists said at the event, part of the regular Conflict Prevention and Resolution Forum. Fragility, as defined last year by the USIP-led Fragility Study Group, is the absence or breakdown of a social contract between people and their government, with institutional weakness and a lack of political legitimacy.

The impact of fragility—and the openings it provides for extremist influence—surfaces throughout a society, the panelists said.

Vivian Lowery Derrick, the founder and CEO of the Bridges Institute, cited a hypothetical “Corporal Amadou,” a soldier in one of the 11 Sahel countries where she has worked, as an example of fragility’s corrosive effect. His loyalty to the law and constitution is compromised by orders from a leader who lacks legitimacy; he hasn’t been paid and is receptive to extremists’ financial offers; he’s confused about what his religion demands and finds radical, rigid explanations satisfying. He is ripe for recruitment, she said.

Likewise, a failed public education system can open the way for radicalization as religious schools that preach extremism crop up in its place, said Sunam Naraghi-Anderlini, executive director of the International Civil Society Action Network.  The result creates theological silos in plural societies.

This shows what small amounts of money going into the right hands at the right time can do.

The same phenomenon occurs with health care, she said, as hardline religious groups fill the gaps left by the state. Meanwhile, funding for security services used as instruments of suppression has swollen, causing further alienation, she said.

A study in Somalia by the development organization Mercy Corps found that standard education by itself produced young people who were less tolerant of the state’s deficiencies. But, as a result, they also were more likely to engage in political violence, said Madeline Rose, senior policy advisor at Mercy Corps.

In two test communities where standard education was supplemented with training in nonviolent means of mobilizing, organizing and advocating for better governance, support for violence dropped 20 percent and 14 percent, Rose said.

“Even when state services didn’t improve at a satisfactory rate, it was offset by a belief they can do something,” Rose said. Mercy Corps now helps set up youth clubs in schools to expand civic engagement training. The organization also is prioritizing the effect of governance in its work.

U.S. policy often has prevented violence and promoted stability in vulnerable regions. But many of those lessons haven’t been recorded in a way that makes them available to policymakers faced with a crisis, said Beth Cole, a USIP special advisor on violent extremism, conflict and fragility.

Cole is leading a USIP project to take a closer look at three complex crises where defense, diplomatic and development institutions worked together effectively to prevent or mitigate the kind of violence and instability that gives rise to extremism. The three cases are the refugee crisis in Jordan; the effort to move Burma, “a nation flirting with North Korea,” toward democracy; and the campaign to defeat Boko Haram in the Lake Chad region of Africa. The results will be published in the coming weeks.

Naraghi-Anderlini’s civil society network tried its own approach in northern Nigeria. As Boko Haram spread the message that education is hostile to Islam, ICAN supported a local women’s group that was striking back—with Islamic education.

The women organized local Islamic scholars, speaking the local language, to take part in a 15-show radio series in which they refuted Boko Haram’s claims and took callers’ questions. School enrollment soared 40 percent, said Naraghi-Anderlini, ICAN’s executive director. The campaign was repeated this year and produced a handbook of the scholars’ interpretations, she said. Even the lead organizer has become a source for the scholars on tolerance in Islam.

“This shows what small amounts of money going into the right hands at the right time can do,” said Naraghi-Anderlini, whose network comprises 90 women-led organizations in 30 countries. “It enabled them to do what they think is important without anyone dictating from above.”

In Morocco, the government operates an Islamic center in the capital, Rabat, that instructs imams from many sub-Saharan countries in what officials call a “tolerant” and “moderate” theology, said Vivian Lowery Deryk, president and chief operating officer of the Bridges Institute, an organization that works on governance and democracy in Africa. Her institute is seeking to replicate the program with one for civil society leaders. With backing from Morocco, Deryk said she hopes to bring together 50 women from six countries to explore the common ethical roots of Islam and Christianity that must co-exist in Sahel nations. It’s one idea to help build peace in one of the world’s poorest and most violent regions, she said. 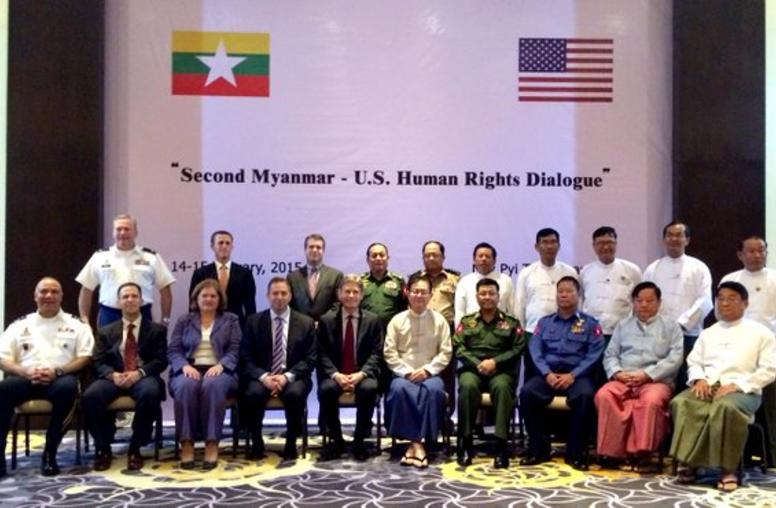