By 2016, Jabhat Fateh al-Sham in Syria (originally known as the Nusra Front) was al-Qaeda’s most successful franchise. Its name means Front for the Conquest of Sham (an area that covers more than Syria). It was formally announced in 2012, but it had roots in earlier incarnations as both al-Qaeda in Iraq (2004–06) and the Islamic State of Iraq (2006–13). It grew out of the Islamic State of Iraq’s decision, in mid-2011, to send seven fighters to Syria to provide logistical support for jihadists moving from Syria to Iraq.31 The Nusra Front was established in secret in October 2011. It was announced publicly in January 2012, after the fighters had gained sufficient logistical support inside Syria. Led by Abu Muhammad al-Julani, it quickly became one of the most active rebel groups in Syria.

Nusra formally split from the Islamic State of Iraq in April 2013, largely over strategy. Julani reportedly refused to carry out operations ordered by Abu Bakr al-Baghdadi, then the ISI leader.32 Baghdadi countered by trying to unite the two groups, under an umbrella that he renamed the Islamic State of Iraq and al-Sham (ISIS). Julani opted instead to break away and reaffirm allegiance to al-Qaeda.33 Nusra and ISIS then began competing militarily for the same turf across Syria and in Lebanon’s Qalamoun Mountains.

JFS’s goal does not differ from the Islamic State’s, according to a leaked tape of Julani discussing its future intentions.34 In 2014, he said that the Nusra Front—as it was then still known—would build a state based on God’s “laws in every sense of the word, without compromise, complacency, equivocation, or circumvention.”

By the end of 2016, JFS had up to an estimated 10,000 fighters.35 Foreigners from Russia, Europe, and elsewhere in the Middle East made up at least 30 percent of its ranks.36 It attracted more foreign fighters than any Syrian rebel group except ISIS.
In July 2016, the Nusra Front announced it would no longer maintain relations with groups outside Syria—at least on paper. It rebranded itself as Jabhat Fateh al-Sham. Al-Qaeda fully concurred in the well-orchestrated move.

“Organizations and groups should be a tool for unity and mobilization, not division and confrontation,” al-Qaeda’s supreme deputy leader, Ahmed Hassan Abu al-Khair, said in a statement;

We direct Jabhat al Nusra’s central command to move forward in a way that preserves the interests of Islam and Muslims and protect[s] the jihad of the people of Syria, and we urge it to take the necessary steps in that direction. We have taken this step and call on the jihadist factions in Syria to unite around what pleases God.37

The name change allowed the group to maintain a relationship with al-Qaeda informally, while disavowing formal linkage when strategically convenient, and especially when it sought collaboration with groups wary of the al-Qaeda label. The shift also positioned Julani to move forward in negotiations with other opposition groups that had opposed the Nusra Front’s formal ties to al-Qaeda. The talks, however, ultimately failed.

Since 2012, JFS has applied al-Qaeda’s strategy of restraint in developing alliances with other armed groups and local populations. It has two near-term goals: overthrowing Syrian president Bashar al-Assad and establishing the Salafi version of an Islamic state in Syria.38

By the end of 2016, JFS did not control a single piece of territory—by itself. It shared power with other Sunni opposition groups in northern Syria. At times it downplayed its extremist worldview to facilitate alliances with rebel groups dedicated to overthrowing Assad.39 It interacted with other Islamist groups, such as Ahrar al-Sham, as well as militias under the Free Syrian Army umbrella, a loose coalition of nationalist or non-Salafi Islamists. 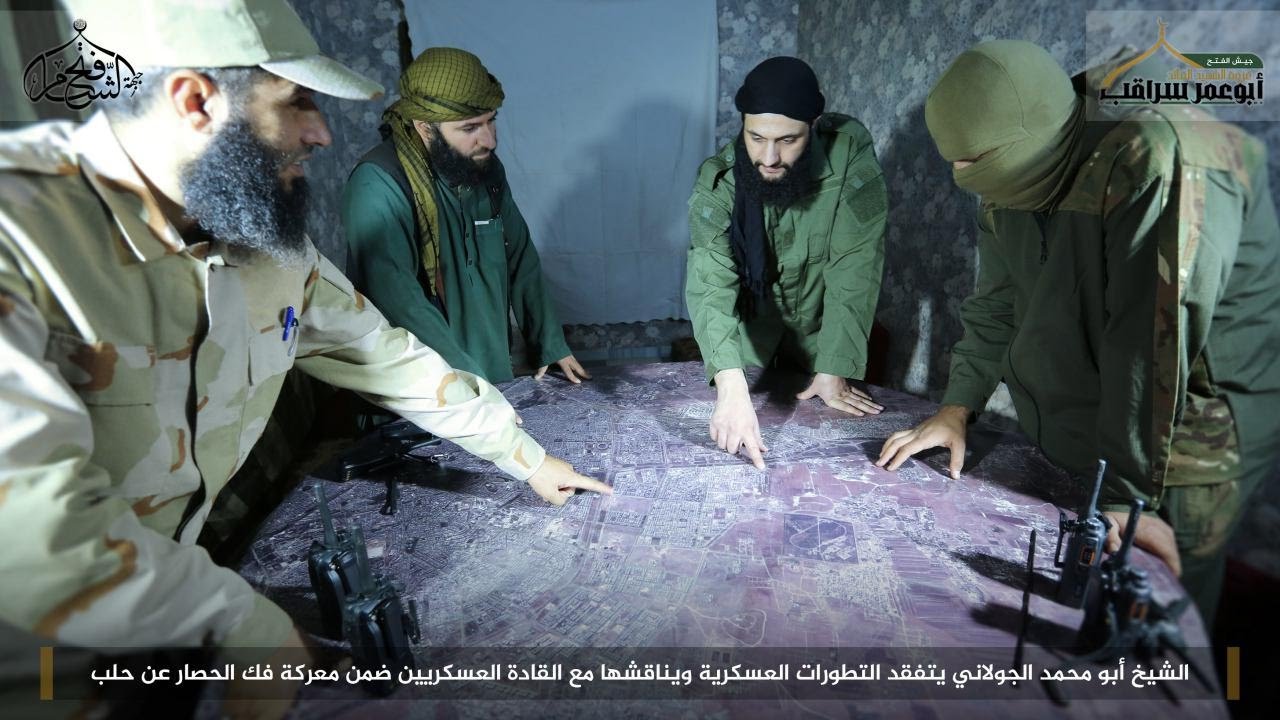 JFS has subjugated and forcibly tried to convert Christians and Druze. But it has used less sectarian rhetoric than ISIS.40 It has also refrained from attacks on many (but not all) fellow Muslims to avoid alienating potential allies. In its propaganda, it has advocated creating an Islamic state with the consensus of other Islamist groups.41

JFS has managed to gain the support—or at least tolerance—of Syrians who may not share al-Qaeda’s global vision. It attracted recruits by continuing to fight the Assad regime even during ceasefires. It drew thousands of fighters between February and May 2016, including during the brief ceasefire. JFS has also played off the perception among Syrians that the West is indifferent to their suffering.

JFS has been collaborative in its approach to governance.42 It has coordinated with allies, while slowly manipulating civilians and other armed groups to accept its growing authority. It has focused on providing basic services, like food, water, and electricity, before attempting to govern more overtly. It has slowly infiltrated rebel institutions, replacing local leaders with JFS members and allies. It has also established sharia courts in the territory in which it operates—to build the reality of an emirate on the ground as a precursor to declaring one.

JFS has become one of the most powerful rebel groups in Syria. It has demonstrated an ability to evaluate and adapt to changing conditions on the ground, which could contribute to its longevity. It has negotiated cooperation with other armed opposition groups in the north. Four future scenarios are possible.

First is the status quo, which means JFS remains a powerful actor in Syria but does not expand further politically or form major new alliances. It would retain its safe haven.

Second, JFS’s gradual, pragmatic approach becomes more successful. Its fighters could merge with other groups and help al-Qaeda dominate Syria’s armed opposition. That expansion could provide an alternative operating base for al-Qaeda’s senior leaders as well as closer access to targets in Europe.43 JFS puts al-Qaeda some 2,000 miles closer to Europe than it was in South Asia.

Third, JFS’s mergers—notably with non-jihadi groups—could impact its ideological rigidity over time. A coalition could constrain extremists in JFS who share al-Qaeda’s global vision, although this seems less likely than other scenarios. In 2015, Julani pledged to share power in the northern city of Idlib. “We are not looking to rule the city…alone without others. Consultation is the best system of governance,” he said.44 Julani also pledged to consult with allies after the war’s end about “establishing an Islamic state.”45

The fourth scenario is conflict between JFS and other armed groups if collaboration unravels. In that scenario, JFS could become even more extremist and isolated. This option could make JFS more dangerous in the immediate term by making its operations, possibly including those in the West, less constrained.

JFS also faces internal fracturing, which could present future challenges. The decision to formally split from al-Qaeda was not unanimous. Several senior Shura Council members and military commanders—some powerful within the organization—did not sign up for the rebranding of the Nusra Front as JFS.

Travel restrictions and social distancing practices put in place in response to the COVID-19 pandemic have largely ground field research to a halt. Fieldwork plays an essential but often underappreciated role in both understanding violent extremism and developing policy responses to it. It is vital, therefore, that funders and policymakers support the return of such important work in a post-pandemic world.

Over the past few decades, U.S. military chaplains have increasingly played a key role in promoting peaceful resolutions in conflict environments. While their primary mission across the service branches is pastoral care — leading religious services, providing counsel and offering spiritual guidance, for example — military chaplains have also, at times, served as liaisons and bridge-builders with local religious leaders.