(cont’d from Part 1)
Zoughbi Zoughbi, an expert in mediation from the West Bank city of Bethlehem, likes to tell a story that reflects traditions in the region. It’s about a local man who gets angry because someone has taken his watch. An offer of compensation, even twice the value of the timepiece, won’t suffice, writes Zoughbi, a member of a U.S. Institute of Peace conflict resolution program in the Middle East and North Africa, in a handbook published by his non-profit organization. The victim, Zoughbi explains, “wants to know why you took his watch and did not respect his property.” If the victim finds out, for example, that the thief took the watch to feed 10 starving children at home, “he will give you his second watch.” 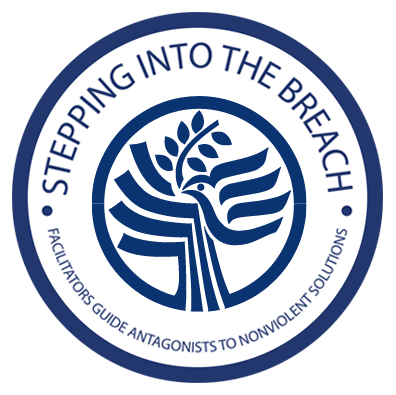 ​The anecdote illustrates the the value of reaching back into Arab tradition for insight and approaches that could fortify efforts at non-violent conflict resolution today. In the turmoil that has engulfed the once-peaceful revolutions of 2011’s Arab Spring, Zoughbi is among some 60 civil society leaders across the region connected in USIP networks to search for and apply innovative methods of dialogue for defusing violent conflict. Three country networks link facilitators in Tunisia, Libya and Iraq. Another cadre of community leaders who have studied or conducted mediation make up a fourth network, the Middle East and North Africa Regional Facilitators Forum. The goal is to unite, support, train and expand a corps of influential community activists who can step in at moments of crisis and help antagonists break through the temptations to violence.

A successful dialogue process requires navigating the turbulent waters of history, identity and relationships. Facilitators often struggle with the most fundamental questions of conflict that can spur violence: miscommunication, distrust, tribal customs, apparent causes vs. the factors that lie underneath, the effect of media, increasing trends towards extremism, whether and how to engage militant groups. The regional facilitators’ forum is developing a resource book of case studies and lessons drawn from their collective experience.

The facilitator “needs to be a walking encyclopedia” on the groups, issues and capacities of those involved in a dialogue process, Zoughbi told his fellow facilitators during a USIP-sponsored workshop. The discussion was organized so they could share experiences, such as an intervention by a USIP-supported team in Tikrit in northern Iraq a year ago that averted a cycle of retribution over a 2014 massacre by the self-styled “Islamic State” extremist group at the Camp Speicher military base.

The facilitator “needs to be a walking encyclopedia” on the groups, issues and capacities of those involved. – USIP Facilitator Zoughbi Zoughbi

Zoughbi is founder and director of the Palestinian Conflict Transformation Center Wi’Am. He has conducted and written about community-based mediation among Palestinians for decades, including exploring lessons that can be drawn from Arab traditions, and has taught nonviolent conflict resolution in at least 10 countries. The volume published by his group in 2013, which he co-edited, focuses on Sulha, the traditional Arab process for resolving community disputes. He produced the guide with dispute resolution expert Daniel Rainey of Southern Methodist University in Dallas, who currently directs Alternative Dispute Resolution Services for the U.S. government’s independent National Mediation Board for airline and railroad disputes. Zoughbi and Rainey’s study examined whether Sulha might offer “a more culturally informed reconciliation and peace building mechanism that can enhance civic peace and the larger peace process.”

“There are rich stories in the Arabic cultures,” Zoughbi said in an interview. “The more the facilitator is knowledgeable in the lessons of other traditions – South African, Native Americans and so on – the more he will be able to bring stories from those traditions to use in the mediation.”

But traditional mediation practices and current approaches also differ in distinct ways, says Ali Chahine, a facilitator in the regional network who is from Lebanon. In addition to his own experience, he has researched conflict resolution methodologies in a USIP project.

In modern mediation processes, parties are considered equal and empowered to independently consider the benefits of an agreement, while in traditional forms, one side usually is considered strong and the other weak, and the process might involve a degree of coercion, he said. In modern mediation, the goal is to transform entire relationships, while in traditional processes, the goal is simply to avoid violence, and whether the two sides get along or not is largely irrelevant. Traditional mediation focuses on the worst consequences, rather than the best outcomes, Chahine says. Cultural variations have a strong influence in traditional mediation; conversely, in efforts today, the effect of culture too often is underestimated, he said.

In the case of a land dispute among tribes that has escalated into shooting, for example, modern mediation is most likely to focus only on the landowners. A traditional process would instead focus on the identity of the tribes, who represents them and how to de-escalate the dispute.

Modern mediators would benefit from understanding “the existing balance of power within a certain context and assessing what’s feasible and not feasible,” Chahine said. “What I think might be interesting is the hybrid approach, where both fulfill the gaps of the other.”

“Each form has its own advantages and disadvantages,” said Saieb al-Gailani, an Iraqi oncologist and civic leader who is a member of the regional network. “It’s good to try to marry these two forms of mediation.”

Next week, in part 3 of the series: The facilitators.

“All the energy of the country is focused on October 10” as Iraq prepares for crucial parliamentary elections, says USIP’s Sarhang Hamasaeed. “We’ll see if it will produce a government and a parliament that [is] closer to what the people expect … and restore some of the faith of the voters in the process.”

Iraq is a country beset by a host of political, security, economic and social challenges, including addressing the human legacy of the Islamic State’s (ISIS) rampage through the country just a few years ago. Almost four years after the liberation of Nineveh’s Tal Afar district from ISIS control, feelings of marginalization, neglect and exclusion persist among communities in the region, epitomizing how such feelings have driven ethnic and sectarian tensions and conflict in post-2003 Iraq. Recognition of these sentiments and an understanding of the factors underpinning them, can help communities in the district allay these drivers of tension and move forward together.